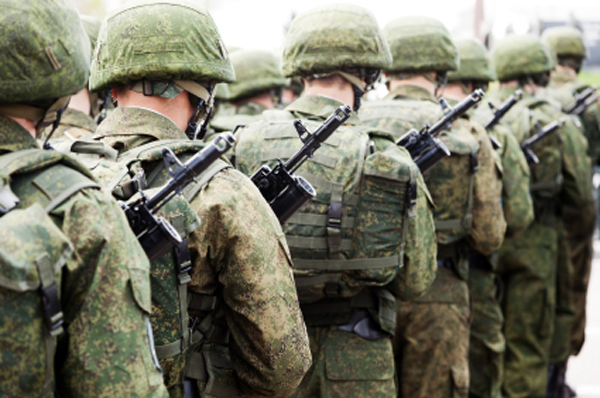 Drugs and Suicides in the Armed Forces

In 2006, The Philadelphia Enquirer reported that soldiers and veterans groups had found drug use was an increasing problem in Iraq, especially because medics were generously handing out prescription medications that were being abused.[1]

Bruce E. Levine, Ph.D., clinical psychologist and author of Surviving America’s Depression Epidemic, said that in February 2009, “Americans heard about a dramatic rise in suicides among U.S. soldiers.” Army statistics, which include the Army Reserve and the National Guard, confirmed 128 suicides (with 15 more deaths under investigation). Suicides for the Marines also increased, with 41 in 2008, up from 33 in 2007 and 25 in 2006.[2]

One of the suggested reasons for the high suicide rate is that with so many troops being labeled with “Post Traumatic Stress Disorder” (PTSD), many of them are prescribed drugs that didn’t exist during other wars, especially antidepressants known to cause suicidal thoughts and feelings.[5]

Dr. Levine pointed out: “While treatment for emotionally troubled soldiers increasingly consists of antidepressants such as Prozac, Paxil, and Zoloft, recent investigations show that these drugs are no more effective than placebos and can actually increase suicidality.”[7]

California neurologist, Dr. Fred A. Baughman, Jr. investigated a series of veterans’ suicides in 2008 and believes that they actually died from psychiatric drugs inducing cardiac arrest. All seemed “normal” when they went to bed. All of them were prescribed a cocktail of antipsychotics and tranquilizers. On January 15 2009, the New England Journal of Medicine reported that antipsychotics double the risk of sudden cardiac arrest.[8]

It was reported in June 2008 that 89% of veterans labeled with “PTSD” are given antidepressants and 34% antipsychotics. “A third, then, are exposed to the additive potential to cause sudden death,” Baughman stated.[9]

“In order to prevent even more suicides, both the research and basic common sense instruct is that we need less psychiatric drugs and more political courage,” adds Dr. Levine.[10]

Further, as Dr. Levine stated: “For many mental health professionals, especially governmental ones, a ‘good treatment outcome’ consists of a troubled person adapting to a miserable, dehumanizing environment in a way that causes the least problems for the authorities…mental health professionals are far less likely to recommend a radical altering of an environment than they are to recommend a chemical-altering of the person suffering from it.”[11]

A change in environment is not as profitable as labeling and drugging those giving their all for their country.

PTSD Screening: A Conflict of Interest

Clearly, those on the front-lines of war are at risk—war and killing are not something that are inherently enjoyed. As Lt. Col. Robert L. Bateman, an infantryman, historian and a military fellow at the Center for Strategic and International Studies (CSIS) who has also taught military history at the U.S. Military Academy, wrote, “War is bad. We can agree on this. As both a practitioner and historian of war, I feel no compunctions about saying that and no reason to pretend otherwise. Some wars are Just, and some may be Unjust. Some wars may even be necessary, but they are all bad.” Further, “War affects those of us who have experienced it; there is no doubt about that.”[12]

When psychiatrists came up with the diagnosis PTSD, they took normal, yet disturbing—even paralyzing—responses to a bad experience, and cashed in on a whole new client basis. Voting PTSD for inclusion in the American Psychiatric Association’s “billing bible,” the Diagnostic and Statistical Manual of Mental Disorders (DSM), psychiatrists were able to make millions billing government and private insurance companies to treat PTSD.[13]

Herb Kutchins, professor of Health and Human Services at California State University, Sacramento, and Stuart A. Kirk, Professor of Social Welfare, UCLA School of Public Affairs, authors of Making Us Crazy wrote: The DSM went “far beyond pathologizing the problems of war veterans.” It “has become the label for identifying the impact of adverse events on ordinary people. This means that normal responses to catastrophic events often have been interpreted as mental disorders. Moreover, people must demonstrate how ‘sick’ they are in order to get help; that is, assistance is offered to victims only after they demonstrate how mentally ill they have become. DSM is the vehicle for establishing this sickness.”[14]

Yet psychiatrists admit they do not know what causes any of the “sicknesses” they’ve included in the DSM, nor do they know how to cure them.

This is what psychiatrists expect many of the country’s troops to do—”live” with the aftermath of war, existing in a drugged-out haze. To achieve this, psychiatrists must first pathologize veterans’ experiences.

By 2005, 13% of all Veteran Administration mental health costs, or $274 million, were spent on treating “PTSD.” Estimates of how many soldiers suffer from it have soared from 196,000 in 2005 to 320,000 in 2009.[16] And the dollars going into psychiatric-pharmaceutical industry coffers because of it have soared commensurately.

They are making millions not only from this but also in conducting research into how drugs can best mask the unwanted reactions to war. In one Yale School of Medicine study, $6.9 million was allocated to study the “effectiveness” of an antipsychotic drug on PTSD.[17] Since 2001, there have been more than 20 worldwide drug regulatory warnings and studies issued about the dangers—often lethal effects—of antipsychotic drugs.

Army officials have now implemented a system for screening for depression and PTSD.[18] All soldiers are encouraged to complete a questionnaire when visiting a primary care doctor and based on their responses could be prescribed drugs—often antidepressants or antipsychotics—counseling or both.[19]

Questionnaires used include the “Patient Health Questionnaire” (PHQ) and the PCL (PTSD Checklist).[20] The free online depression-screening test is copyrighted to Pfizer, who manufactures the antidepressant Zoloft.[21] It also developed a PTSD questionnaire.

The PHQ questions include in the past two weeks, have you experienced “little interest or pleasure in doing things, trouble falling or staying asleep, or sleeping too much, feeling tired or having little energy, poor eating or overeating, feeling bad about yourself, or if you are a failure or have let yourself or your family down, had trouble concentrating on things, such as reading the newspaper or watching television” to name a few. The checklist arbitrarily assigns depression requiring 5 or more of the items to warrant a diagnosis.

Psychiatrist Joseph Glenmullen of Harvard Medical School says that such questionnaires “may look scientific,” but “when one examines the questions asked and the scales used, they are utterly subjective measures….”[22]

Mother Jones exposed that Pfizer gained Food and Drug Administration (FDA) approval for Zoloft’s use in treating PTSD in 1999, after which it funded the creation of a group called Post Traumatic Stress Disorder Alliance (PTSDA) to convince Americans that PTSD was not just for combatants, but could affect anyone. The PTSDA was staffed by employees of Pfizer’s New York public-relations firm, the Chandler Chicco Agency, and operated out of the firm’s offices.

The group connected journalists up with “PTSD experts” such as Jerilyn Ross, president and CEO of the Anxiety Disorders Association of America, a group heavily subsidized by Pfizer as well as GlaxoSmithKline, Eli Lilly, and other drug-industry giants.

In the months following the launch of Pfizer’s campaign, media mentions of PTSD skyrocketed.[23]

Within about two weeks after the 9/11 attacks, the PTSDA issued a statement warning that post-traumatic stress could affect anyone who has “witnessed a violent act” or experienced “distressing events such as the September 11 terrorist attacks.” According to the Psychiatric News, during the following month, Pfizer spent $5.6 million advertising the benefits of Zoloft in treating PTSD—25% more than it had spent, on average, from January to June.[24]

Other drug companies jumped on the bandwagon. As Mother Jones reported, “The biggest presence in TV drug advertising after September 11 was GlaxoSmithKline, which in October 2001 spent $16 million promoting Paxil—more than it had spent in the first six months of the year combined. In December, the company rolled out a series of new commercials, often broadcast during prime-time news programs and built around lines such as ‘I’m always thinking something terrible is going to happen’ and ‘It’s like a tape in my mind. It just goes over and over and over.'”

Today hundreds of subjective mental health-screening questionnaires are marketed—all based on the DSM and often copyrighted or patented by drug companies. The Signs of Suicide (SOS) screening program was introduced as a “self-assessment screening tool” provided free online. It is promoted for use in high schools, colleges, the workplace, and the military.

SOS claims to be the creation of the “nonprofit” corporation, Screening for Mental Health, Inc. (SMH) but the development of the firm’s screening programs was funded with millions of dollars from the pharmaceutical industry.[25] Tax records for the SMH between 1996 and 2008 show drug companies had paid it more than $6 million, including Eli Lilly, Pfizer, Solvay, Abbot Labs, Forest Labs, and Wyeth, and GlaxoSmithKline.[26]

As long as the psychiatric-pharmaceutical industry determines what the VA, insurance companies and the Government pays out for the needs of troops and returning vets, they will be at risk.

It was years before the VA and government acknowledged the effects of the highly toxic chemical Agent Orange on the health of troops during Vietnam. Sgt. David McGregor, said, “I remember, back in the 60’s, when I first came in the service, that people coming back from Vietnam were wringing Agent Orange out of their clothes—they were told they were under stress….”[27] Psychiatrists said they suffered from “post Vietnam syndrome,” the forerunner of PTSD.

Psychiatrists also claimed that Gulf War Syndrome was “all in the mind” and that soldiers were experiencing PTSD.[28] Staff Sgt. Steve Robertson, a Gulf War Veteran was referred to a psychiatrist who told him he was suffering from anger and simply needed to vent it.[29]

It would be 17 years before, on November 17, 2008, the federally mandated Research Advisory Committee on Gulf War Veterans’ Illnesses finally exonerated the vets, with a 452-page report that confirmed that exposure to toxic chemicals during the war was the cause of the illness. The report stated that “scientific evidence leaves no question that Gulf War illness is a real condition with real causes and serious consequences for affected veterans.”[30]

In the ongoing Iraq conflict, American and British forces have fired tens of thousands of shells and cannon rounds made of a toxic and radioactive material called depleted uranium, or D.U.[31] When DU hits its target, it burns at a high temperature, throwing off clouds of microscopic particles that poison a wide area and remain radioactive. If inhaled, these particles can lodge in lungs, other organs or bones, irradiating (radiating) tissue and causing cancers. Uranium is also a highly toxic heavy metal.[32]

All troops are also vaccinated against anthrax, which carries it own risks.[33] At least 1,200 military personnel who received the anthrax vaccine before going to Iraq have developed serious illnesses, according to an Army report released in May 2005.[34]

Meryl Nass, M.D., Director of the Military and Biodefense Vaccine Project (MBVP), said, “They are suffering with crippling, life-altering illnesses that are being swept under the rug. We know the anthrax vaccine is reactive and we suspect it is especially risky for those with hereditary and other risk factors that DOD [Department of Defense] refuses to investigate or acknowledge.”[35]

If it takes another decade to acknowledge the effects of today’s chemical warfare, hundreds of thousand of troops could be further falsely targeted as having PTSD, preventing their getting the proper medical care they need. Meanwhile, debilitating psychiatric drugs—both physically and mentally—could exacerbate their untreated medical condition.

“There is no such thing as an essential psychiatric drug,” Dr. Baughman says. “I call upon the military for an immediate embargo of all antipsychotics and antidepressants until there has been a complete, wholly public, clarification of the extent and causes of all this epidemic of probable sudden death.” And, it could be added, suicides that are antidepressant-induced.[36]

[6] “Worsening Depression and Suicidality in Patients Being Treated with Antidepressant Medications,” US Food and Drug Administration Public Health Advisory, 22 Mar. 2004.