The documented risks of these drugs are provided so the public can make informed, educated decisions. Elavil is an older antidepressant drug. The U.S. Food and Drug Administration warns that antidepressants can cause suicidal thinking and behavior in children and young adults.

Please note: No one should attempt to get off of psychiatric drugs without doctor’s supervision. To help find medical practitioners in your area, click here.

There have been three drug regulatory agency warnings from Germany and the United States on Elavil (or amitriptyline) causing suicide risk or suicidal behavior.

There have been 20 studies done in 13 countries (Australia, Canada, China, France, Germany, Italy, Japan, Netherlands, Switzerland, Taiwan, Turkey, United Kingdom and United States) on Elavil (or amitriptyline). These include the following (note that some studies cite more than one side effect, so the list below may not be equal to the total number of studies):

Top Reactions for All Ages: There have been 745 adverse reactions reported to the US FDA in connection with Elavil. 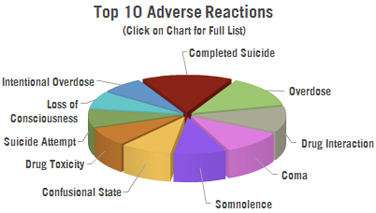 Documented Side Effects of Elavil:
Source: Physicians Desk Reference, National Institutes of Health’s Medline Plus, and/or the drug label.

Note: Side effects of psychiatric drugs can persist for months, if not years, after stopping them.
Click here to learn more >>

No one should stop taking psychiatric drugs without doctor supervision.