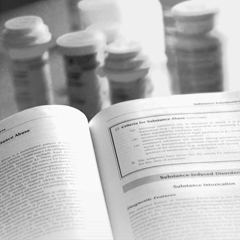 The American Psychiatric Association’s Diagnostic and Statistical Manual of Mental Disorders (DSM) is psychiatry’s billing bible of so-called mental disorders. With the DSM, psychiatry has taken countless aspects of human behavior and reclassified them as a mental illness simply by adding the term disorder onto them. While even key DSM contributors admit that there is no scientific/medical validity to the disorders, the DSM nonetheless serves as a diagnostic tool, not only for individual treatment, but also for child custody disputes, discrimination cases, court testimony, education and more.

The DSM is driven not by science, but instead caters to the pharmaceutical industry. With its expanding list of “mental disorders”—voted into existence, not discovered as in real medicine—for each of these a psychiatric drug can be prescribed and insurance companies billed. That big formula spells big profits for psychiatrists and drug companies. And this has been exposed more recently with a U.S. Senate Finance Committee investigation into the APA itself and the fact that about 56% of its $12 million-a-year income derives from drug makers (more below).

“The way to sell drugs is to sell psychiatric illness,” says Carl Elliot, a bioethicist at the University of Minnesota.[1]

Kelly Patricia O’Meara, an award winning journalist and former Congressional staff points out, “Drug companies pull a mental disorder out of the DSM hat and get FDA approval to use an already existing drug to treat it. Well-known psychiatrists are enlisted to publicly affirm the disorder as a social problem…Voila! Confirmed psychiatric ill and magic pill.”[2]

Even within its own ranks there is disagreement about the drug company influence on the diagnostic process. An international poll of mental health experts conducted in 2001, voted DSM-IV one of the 10 worst psychiatric papers of the millennium.

Dr. Irwin Savodnik, an assistant clinical professor of psychiatry at the University of California, Los Angeles, says: “The very vocabulary of psychiatry is now defined at all levels by the pharmaceutical industry.”

That became evident in the landmark study published in the journal of Psychotherapy and Psychosomatics in 2006 that found that for more than half of the panel members that reviewed which disorders would be included in the fourth edition revision of DSM (1994), more than half had undisclosed financial links to Big Pharma. For the so-called mood disorders (“depression” and “bipolar”) and “schizophrenia/psychotic disorder,” 100% of the panel members had financial involvements with drug companies. Sales of the drugs prescribed for these (by virtue of their inclusion in the DSM) reach more than $80 billion worldwide.

Apparently the APA psychiatrists did not want to give up this cashcow. For the DSM-V revision, another study found that 18 of the 20 members overseeing the revision of clinical guidelines for treating just three “mental disorders” had financial ties to drug companies, with drug treatment for these disorders generate some $25 billion a year in pharmaceutical sales (U.S. alone).

Under such public criticism and a year after it had been under investigation by the Senate Finance Committee for its conflicts of interest in drug companies, in March 2009, the APA announced that it would phase out pharmaceutical funding of continuing medical education seminars and meals at its conventions. However, within two months, the APA accepted more than $1.7 million in pharmaceutical company funds for its annual conference, held in San Francisco.

Not surprising. In 2002, the APA’s Anand Pandya said that without pharmaceutical industry funds, membership dues could escalate 455% from $540 a year to $3,000. Pandya is president of the National Alliance on Mental Illness (NAMI), which in 2009 as also asked to provide records of its pharmaceutical company funding to federal investigators.

Psychiatry’s 300% increase of mental disorders in the DSM over five decades has already generated billions of dollars in government funding. Since DSM-IV, there has been also been a 256% increase in psychiatric (antipsychotics and antidepressants) drug sales.

Just how far psychiatrists will go using the DSM to label people “disordered” is reflected in a recent survey conducted by Ronald Kessler, professor of health care policy at Harvard Medical School. He relied upon the DSM to survey Americans and concluded that nearly every second one (48%) suffers from at least one mental illness during their lifetime.[3] A “DSM–IV personality disorders” survey that he conducted for the World Health Organization, the results of which were published in 2009, was heavily funded by Eli Lilly Foundation,Ortho-McNeil, GlaxoSmithKline and Pfizer. Kessler himself is a consultant for at least seven drug companies.

More to the point, as the late Dr. Sydney Walker III, a neurologist and psychiatrist, wrote: “Drug company money influences every aspect of modern-day psychiatry. The American Psychiatric Association is literally built on a foundation of drug money…In return, the APA bends over backward to help drug companies promote their products.”[4] “That influence,” he said, “has focused on expanding the number of ‘psychiatric disorders’ recognized by the APA, and the number of drug treatments recommended for these disorders. After all, every DSM ‘diagnosis,’ is a potential gold mine for pharmaceutical firms.”[5]

As the diagnoses completely lack scientific criteria, anyone can be labeled mentally ill, and subjected to dangerous and life-threatening treatments based solely on opinion. The scientific validity of the DSM has come under increasing attack from medical professionals and scientific experts such as Herb Kutchins of California State University and Stuart A. Kirk of UCLA, and authors of Making Us Crazy: The Psychiatric Bible and the Creation of Mental Disorders, determined that “…there is ample reason to conclude that the latest versions of DSM as a clinical tool are unreliable and therefore of questionable validity as a classification system.”

The late Loren Mosher, M.D., a Clinical Professor of Psychiatry who resigned from the APA because of its drug company influence, wrote: “DSM-IV has become a bible and a money making bestseller—its major failings notwithstanding. It confines and defines practice, some take it seriously, others more realistically.”

Further, “The issue is what do the categories [in DSM] tell us? Do they in fact accurately represent the person with a problem? They don’t, and can’t, because there are no external validating criteria for psychiatric diagnoses. There is neither a blood test nor specific anatomic lesions for any major psychiatric disorder.”

The internationally renowned professor of psychiatry emeritus Thomas Szasz, supports this point, writing: “There is no blood or other biological test to ascertain the presence of a mental illness, as there is for most bodily diseases. If such a test were developed, then the condition would cease to be a mental illness and would be classified, instead, as a symptom of a bodily disease.” So classified, it would make psychiatry redundant, and general physicians would replace it.

Therein lies the underlying problem of DSM—it isn’t a medical diagnostic system. Its all based on opinion—and faulty at best. Psychiatry lacked a system equivalent to that in medicine, and this contributed greatly to its poor reputation, both among medical professionals and the population as a whole. Thus it invented DSM to both convince real medicine of psychiatry’s legitimacy and to capture a slice of the insurance market. As Kutchins and Kirk point out, the evolution of the DSM is a “story of the struggles of the American Psychiatric Association to gain respectability within medicine and maintain dominance among the many mental health professionals.”[6]

Further, they assumed that if “a group of psychiatrists agree on a list of atypical [new] behaviors, the behaviors constitute a valid mental disorder. Using this approach, creating mental disorders can become a parlor game in which clusters of all kinds of behaviors (i.e. syndromes) can be added to the manual.” In fact, all DSM succeeds in doing is “to medicalize too many human troubles.”

Even psychiatrist Al Parides observes: “what they have done is medicalize many problems that don’t have demonstrable, biological causes.

Other Expert Quotes Show No Science to DSM

Jeffrey A. Schaler, Ph.D.: says its tantamount to fraud. “The notion of scientific validity…is related to fraud. Validity refers to the extent to which something represents or measures what it purports to represent or measure. When diagnostic measures do not represent what they purport to represent, we say that the measures lack validity. If a business transaction or trade rested on such a lack of validity, we might say that the lack of validity was instrumental in a commitment of fraud.”

Psychiatry has been unable to determine a single cause for a single mental disorder.

The DSM-V review psychiatrists should take heed of Paul Genova, M.D., writing in Psychiatric Times, who said, the “DSM diagnostic system has outlived its usefulness by about two decades. It should be abandoned, not revised.”