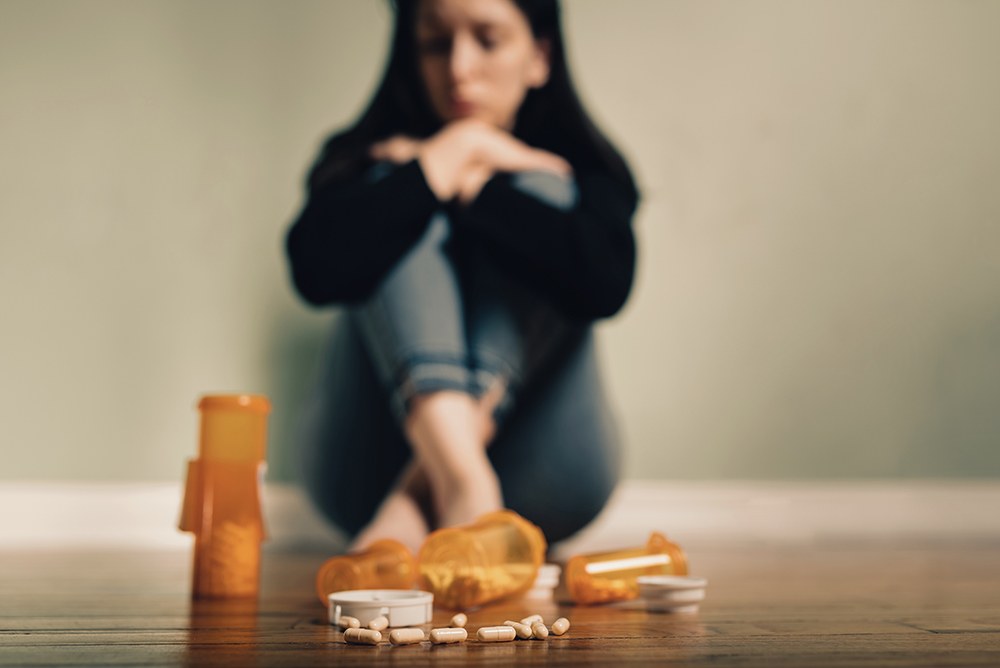 “There needs to be unmasking of the truth about the link between psychiatric treatment—including drugs—causing mental ill-health, self-poisonings, overdoses, suicide, and violence. Unless done, Suicide Prevention Awareness Month could facilitate or provoke suicide, not stop it.” – CCHR International

Suicide Prevention Awareness Month ends with an omitted discussion about psychotropic drug use contributing to increased suicides, overdoses, and self-poisonings.

At the end of National Suicide Prevention Month, held each September, one thing is clear: despite the huge financial investment in it and suicide prevention programs, there was a shocking lack of information about the role of psychotropic drugs as a precipitator or cause of suicide. Psychotropic drugs are documented in studies to induce suicidal thoughts and actions, but this is never discussed as part of suicide prevention awareness month. In particular, the increasing use of antidepressants has been linked to rising suicides, as more than 45 million Americans are taking antidepressants.[1]

Those suicide statistics reported also do not appear to factor in drug overdose deaths that may have been suicides.

The month of September was first declared National Suicide Prevention Awareness Month in 2008.[8] It started earlier, with a world suicide prevention day in 1975, then expanded to a week in the U.S. and now an entire month of awareness of suicide risks is held. Suicide is an enormous tragedy, taking 45,979 American lives in 2020—24,292  by firearms and 5,528 by poison.[9] But the awareness month does not address how many of the suicides were committed by those taking psychotropic drugs that may have driven the decision to die.

The increasing statistics on suicide, overdoses, and acts of violence resulting in perpetrator deaths indicate that increased funding for mental health services and suicide prevention has been a bottomless money pit, with worsening results.

How many may have been prescribed antidepressants is unknown, but even the Food and Drug Administration (FDA) warns against prescribing them to anyone younger than 24 because of the risk that the drugs may induce suicidal behavior.

Peter Gøtzsche, a medical researcher, former leader of the Nordic Cochrane Center in Copenhagen, Denmark, and author of Deadly Medicines and Organized Crime: How big pharma has corrupted healthcare, states: “It is widely believed that SSRIs [antidepressants] only increase suicidal behavior in people below 25 years of age, but that is not correct. A 2006 FDA analysis of 372 placebo-controlled trials of SSRIs and similar drugs involving 100,000 patients found that up to about 40 years, the drugs increased suicidal behavior….” But it’s much worse, he said, as they relied upon pharmaceutical company-provided data. “We already know that the companies have cheated shamelessly when publishing suicidal events.”

He further stated: “It is abundantly clear that suicides, suicidality, and violence caused by SSRIs [antidepressants] are grossly underestimated, and we also know the reasons. First, there is outright fraud. Second, many suicidal events have been coded as something else. Third, the drug industry has taken great care to bias its trials by only recruiting people at low risk of committing suicide. Fourth, the companies have urged the investigators to use benzodiazepines in addition to the trial drugs, which blunt some of the violent reactions that would otherwise have occurred.”[16]

He warned, “It is a well-guarded secret how many people are killed by psychiatric drugs. This has been obscured in many ways…. Only about half the suicides and other deaths that occur in psychiatric drug trials are published.”[17] He further stated that “psychiatrists have fought really hard to hide the terrible truth that depression pills double the risk of suicide, not only in children but also in adults.”[18]

Sudden withdrawal from a prescription psychotropic drug, including antidepressants and psychostimulants can induce suicidal effects. As Gøtzsche states: “People may get terrible symptoms when they try to stop, both symptoms that resemble the disease and many others they have never experienced before. It is most unfortunate that almost all psychiatrists—and the patients themselves—interpret this as a sign that they still need the drug. They usually don’t. They have become dependent, just like a junkie is dependent on heroin and cocaine, and as ADHD drugs and SSRIs have amphetamine effects, we should view these drugs as narcotics and use them as little as possible.”[19]

Antidepressants and antipsychotics can also cause akathisia, a frightening side effect marked by an inability to sit still. The terror experienced from this can cause can also drive people to suicide. As Gøtzsche reports: “Akathisia is a horrible feeling of inner restlessness, which increases the risk of suicide, violence, and homicide.” In one study, 79% of mentally ill patients who had tried to kill themselves suffered from akathisia.[20]

None of this is discussed as part of suicide prevention awareness programs.

The issues in this article deserve much broader exposure. There needs to be unmasking of the truth about the link between psychiatric treatment—including drugs—causing mental ill-health, self-poisonings, overdoses, suicide, and violence. Unless done, Suicide Prevention Awareness Month could facilitate or provoke suicide, not stop it.

[7] “Is It Possible to Overdose on Antidepressants?: How to Spot the Signs of Antidepressant Overdose,” verywellmind, 18 May 2022