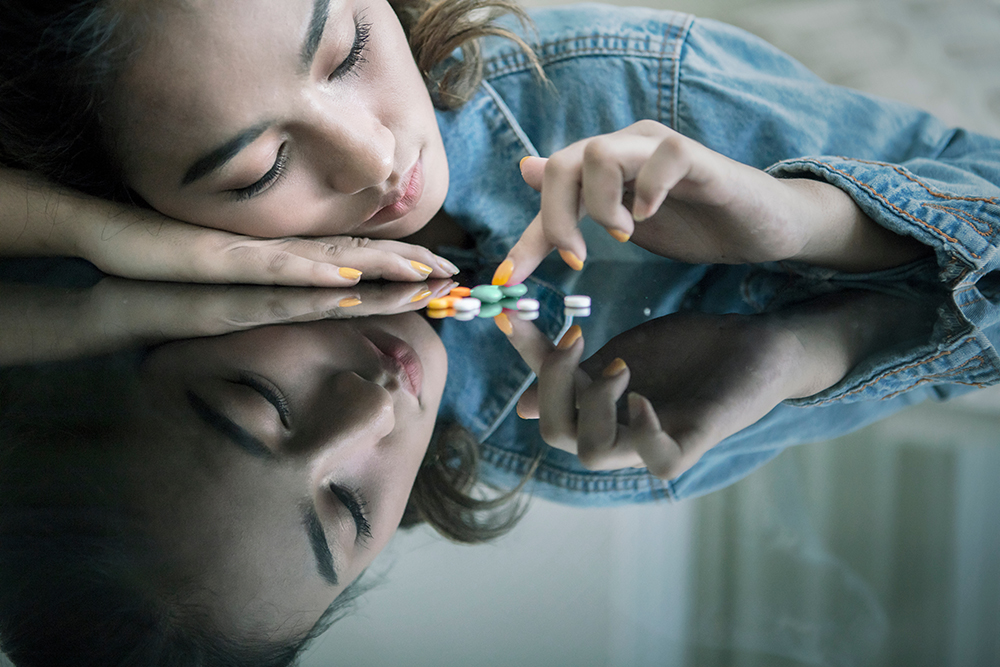 “The bottom line is that the evidence of psychotropic drug-induced violence and suicide can no longer be ignored by the mental health industry and by our courts, ill-advised, as the latter are, by psychiatrists and psychologists protecting the industry.” – Jan Eastgare, President CCHR International

CCHR responds to recent media recognizing the risks in the mass drugging of American children and the corresponding horrific acts of violence.

Throughout August 2022 we saw media reports that raised the red flag (again) about the risks to the more than six million children and adolescents in the U.S. taking prescription psychotropic drugs. An expert characterized the mass drugging and polypharmacy practice as creating “a generation of child guinea pigs.” The New York Times reported, “…many psychiatric drugs commonly prescribed to adolescents are not approved for people under 18. And they are being prescribed in combinations that have not been studied for safety or for their long-term impact on the developing brain.”[1] Meanwhile, the death sentence trial of Nikolas Cruz who, at age 19, mercilessly killed 17 people and injured 17 more at his alma mater, Marjory Stoneman Douglas High School in Florida in 2018, revealed the shocking details of his 16 years of psychological and psychiatric treatment, including psychotropic drugs since the age of six.

A reporter from The New York Post questioned: “Why does obvious damage to children go ignored for so long?” and commented, “This is horrifying. This is a travesty.” But as the journalist pointed out, “This is a very old, known problem.”[2] And it is. CCHR has been exposing the chemical assault on children since its inception in 1969. The Post and other media started reporting on this in the late 1990s and early 2000 with reporters like Kelley O’Meara (formerly with Insight Magazine) and Douglas Kennedy of Fox News being the first to break the news on psychotropic drugs being linked to violence, following a spate of school shootings.[3] Some psychiatrists have, and continue to be, notably outspoken about the violence- and suicide-inducing effects of psychiatric drugs. But the majority of those in the mental health industry have been notably silent, preferring to endorse the widespread drugging of children rather than acknowledge the documented risks.

High-profile cases like Nikolas Cruz bring the issue into the limelight, but even then the psychiatrists involved failed to admit the potential damage their treatment may have done, not just to Cruz but to the community upon which he wreaked havoc.

While Cruz had pled guilty in 2021, in the August 2022 sentencing hearing held to determine whether he would receive the death penalty or life in prison, defense lawyers rested largely on the evidence of the psychiatrists and psychologists who treated Cruz from such a young age. They claimed his treatment was “inconsistent”—never discussing the potential violence and suicide-inducing effects of drugs often prescribed to him.

Indeed, it was as much a trial on psychiatry’s failure as it was about the state of the teen’s mind. Or should have been.

In a recent CCHR International review of 125 school and community acts of senseless violence committed since the late 1980s by those with a history of psychiatric treatment, including taking or recently withdrawing from psychotropic drugs—many of them carried out by teens and young adults—a frightening common denominator is their calm and disassociated demeanor while carrying out their acts. It begs questions about the alarming number of studies and case reports that document how the mind- and emotional-numbing effects of these drugs can contribute to violence and suicide.

For instance, a 2010 study published in the journal Psychiatry investigated how SSRI antidepressants had been associated with drug-induced indifference, both in behavioral and emotional terms, suggesting the link was “under-recognized (e.g., it is characterized by low insight in those afflicted, particularly children and adolescents).”[4]

While not everyone taking antidepressants or other psychotropics will become a killer, it is an unfortunate certainty that a percentage will. And it is that chilling lack of emotion one reads about in the stories of these killers that sets one on edge.

In the 125-case analysis above, one man, who had been prescribed three different psychiatric drugs, “killed with a calculated coldness,” witnesses said. When a victim begged, “Don’t kill me, don’t kill me,” he told them, “Aw, shut up,” and blasted him to death, then calmly shot another, saying: “Bye-bye.”

This absence of emotion has been reported in numerous instances:

Regarding the deaths of the perpetrator in these 125 documented cases:

Because those prescribing the drugs refuse to recognize such risks, the recipient is none the wiser that a raging and irrational urge to kill, or an emotional numbness about the committing the act, and a willingness to die for it may be psychotropic drug-induced.

The drugging of our child and adolescent population should be a bipartisan issue that needs to be addressed by all federal and state legislators.

A study published in 2020 in the journal Pediatrics found that 40.7% of people ages 12 to 24 who were prescribed a drug for attention deficit hyperactivity disorder (ADHD) were also prescribed at least one other medication for depression, anxiety, or another mood or behavioral disorder. The study found more than 50 different psychotropic medicines prescribed in such combinations, and a review by The New York Times in 2022 found that roughly half of the drugs were not approved for use in adolescents, although doctors have discretion to prescribe as they see fit—a practice called “off-label” [7] It means FDA has not determined that the drug is safe and effective for the unapproved use.[8] Although manufacturers are prohibited from promoting off-label uses, physicians may prescribe medications for off-label use.[9]

Doctors who treated Cruz gave him a plethora of diagnoses—none of which could be medically or scientifically substantiated and which never opened the door to curbing his mounting aggressive tendencies—while prescribing him antipsychotics, ADHD stimulants, and antidepressants. As early as 2014, he told school counselors and a psychiatrist of his dreams of killing. But another psychiatrist who treated Cruz between 2012 and 2017 testified that he was unaware that Cruz was considering being a mass shooter, and asserted: “There is nothing in the record that would signify that whatsoever.”[10] Over nine years, Cruz also regularly received hundreds of hours of therapy sessions from Henderson Behavioral Health.[11]

Psychiatrists are notoriously incompetent in predicting dangerousness—which they even admit to—but in some cases it seems that a patient could have sat on the psychiatrist’s couch wearing an AK-47 rifle strapped to his shoulder and the warning signs would have been ignored or not followed up on even if noticed.

Those treating Cruz certainly should have been aware of the decades-old controversy surrounding psychiatric drugs being linked to violence. For example, in a 2006 study published in the journal Public Library of Science Medicine, Dr. David Healy and colleagues determined that SSRI antidepressants could increase the risk of violence in people taking them. They looked specifically at paroxetine (Paxil) and concluded: “In paroxetine clinical trials, aggression and violence were commonly coded under the rubric of hostility. This coding term includes homicide, homicidal acts, and homicidal ideation as well as aggressive events and ‘conduct disorders,’ but no homicides were reported from these trials….”[12]

Authorities must be alert to these serious dangers and how they put the community at risk. What is clear in the 125 case reports CCHR reviewed is that there is little evidence that toxicology tests are conducted in every case to determine any pattern of drug influence. This must change.

What is even more disturbing is that “enemies” of the U.S. may pay more attention to psychotropic drug effects and off-label use in America than those approving and prescribing the drugs domestically.

According to the 2008 Human Performance Study conducted by the Mitre Corporation and sponsored by the Department of Defense, Research and Engineering Enterprise, researchers considered how the enemy might use future developments in pharmaceutical research against us. Under the heading “Evaluation of Military Effectiveness” the report discussed the “degradation of performance under stressful conditions, particularly sleep deprivation.” It recommended to “monitor enemy activities in sleep research” and “the safety and effectiveness of newly developing drugs for ameliorating the effects of sleep deprivation.”

It pointed out that “when approved for use, these new drugs will certainly have extensive off-label use” and, as such, the “prevalence and effectiveness of these drugs in off-label uses in the U.S,” should be monitored. Further, “Depending on the ultimate performance of these drugs, adversaries might use them in training programs or field operations” against the U.S. (Emphasis added)[14]

It is not as farfetched as it may seem:

Nielsen and Hardrup were sentenced to life in prison, but both were released in 1967.[19]

Any “enemy” would likely revel in the fact that so much violence is being committed across the nation, exemplified by the Nikolas Cruz trial that is oblivious to the potential impact of the drugs prescribed to him and other treatment failures. We do not suggest that this excuses the killings, but it certainly refutes any recommendation for involuntary hospitalization and forced psychiatric treatment as a “solution” to violent behavior, as they may contribute to or exacerbate it.

According to a 2019 study published in Focus, an American psychiatry publication, patients who take antidepressants and commit violent acts can suffer criminal consequences.  While the drugs may “speak to the mens rea or intention of wrongdoing element of the crime,’ using this as a defense requires the defendant to admit to committing the crime.

Databanks reviewing SSRI use and withdrawal-associated suicides, murders, assaults, and bizarre behaviors raise antidepressant violence awareness. The FDA and Health Canada reports on RxISK found 80 homicides associated with Zoloft use, 50 associated with Effexor, and 29 associated with Cymbalta.  “Medication cocktails increase the possibility of violence as a side effect,” according to the Focus-published study.[20]

One expert testified that Cruz may not have been taking psychotropic drugs for the five months prior to the shooting, no one questioned what psychiatrists have known for decades: that psychiatric drugs, especially antidepressants, can have long-lasting effects even after withdrawal. For example, researchers have found post-withdrawal symptoms from antidepressants “may last several months to years.” Symptoms include disturbed mood, emotional lability (readily changeable or unstable), irritability, and poor stress tolerance.[21]

Courts have recognized the link between psychiatric drugs and violence:

The bottom line is that the evidence of psychotropic drug-induced violence and suicide can no longer be ignored by the mental health industry and by our courts, ill-advised as the latter are by psychiatrists and psychologists protecting the industry. This is especially so because when drugs are FDA-approved, they go through four clinical phases, the last one, also known as “post-marketing surveillance,” is where the drug is observed for its effects on patients once the drug has been put on the market.[24]

At that point, the country’s citizens become one gigantic guinea pig. Arguably, this has contributed to a nation that we now see is wracked by increasing acts of violence that, in a percent of the people committing them, have been influenced by psychotropics.

In the interests of informed consent and safeguarding children, all consumers and parents should be aware of these facts. Prescribers should also be aware of their responsibility. “Every day, antidepressant prescriptions can lead to criminal or civil state or federal malpractice claims. Many of these claims are based on the lack of informed consent doctrine and pivot on the causation element of malpractice,” The Focus article reports.

As we have long reiterated, no one should suddenly stop taking a prescription psychotropic without medical advice and supervision.

New York Post reporter, Karol Markowicz, commented: “These are our children, and they deserve far more care and attention than they’re being offered by the medical establishment. First, do no harm. But first, stop doing harm to children.”[25]

[17] Mind control documents from Operation Artichoke (used in the museum)