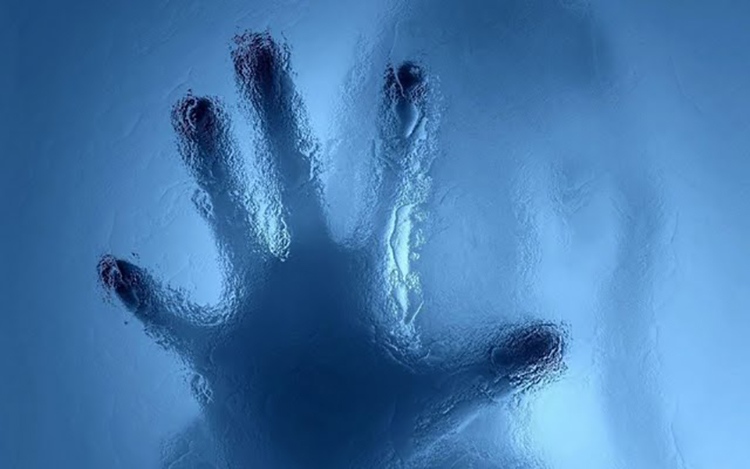 “It took 30 years for the ‘chemical-imbalance-in-the-brain-causes-depression’ myth to be fully recognized as pseudoscience and dangerously misleading to consumers. We should recognize the trademark signs of this same marketing scam with psychedelics and prevent America from ‘turning on and tuning out’ to these mind-altering drugs before it is too late.” – Jan Eastgate, President CCHR International

Psychedelics are making a $10 billion-a-year comeback, replacing profit-losing antidepressants; with it comes a new wave of misleading, unproven theories that changing brain chemicals can change your mind.

The mythical and debunked theory that a chemical imbalance in the brain causes depression, which launched an antidepressant industry in 1989, is being rephrased today to sell Americans on taking psychedelic drugs for their mental health instead. In the wake of SSRI antidepressants like Prozac, Zoloft and Paxil having been exposed as being no more effective than a placebo—with a threat to industry profits—psychedelics are being peddled to replace antidepressants and capture a projected $10 billion a year market.[1] But this change in treatment and theories is like switching seats on the Titanic.

The chemical imbalance theory was based on the idea that low levels of the chemical, serotonin, in the brain could be increased by antidepressants to improve depression. A similar theory was marketed in the 1960s and ‘70s to take hallucinogens like LSD—legally and illicitly—before the drug was banned in1968. Today, psychedelics are referred to as “serotonergic hallucinogens.”[2]

David B. Yaden, Ph.D., assistant professor in the Center for Psychedelic and Conscious Research at Johns Hopkins University School of Medicine, delivered a presentation on “The Evidence for Psychedelics in Psychiatry” at the American Psychiatric Association (APA) annual convention in May 2022, sharing that “serotonin molecules actually look quite similar to LSD and psilocybin—thus, serotonergic hallucinogens.”[3]

The global antidepressants market was expected to decline 42% from $26.25 billion in 2020 to $15.87 billion in 2021,[4] As the introduction of generic versions of the drugs can crash sales for companies with patents.[5] This is an incentive for a psychedelic revival. And it’s a huge market. IQVia statistics for 2020 show 45 million Americans taking antidepressants. With a treatment failure rate of as much as 46%, there’s a potential market of 20.7 million people encouraged to “turn on, tune  in, and drop out”—the catchphrase for psychedelic drug use in the 1960s—on hallucinogens.

As an August 2022 Slate magazine article on psychedelics reported, pharmaceutical companies are looking to psychedelics as a way to replace costly mental illness prescriptions for what they argue are “ineffective drugs.”[6]

One company promoting psychedelics does so by referring to “the failure rate of traditional drugs” being high…. “Depression and anxiety drugs barely even beat placebos!” And, as such: “It’s time to discover powerful solutions that work.”

Facing profit loss, the psychiatric-pharmaceutical industry now admits their psychotropic drugs are ineffective–no better than placebos. But that is not what consumers were told when the SSRI and follow-up antidepressants were released with promises of workability and a revolution in mental health treatment.

If the industry has lied about the chemical imbalance theory and antidepressant workability since the 1980s, what hype are consumers being fed today about psychedelics?

Media reported that a recent study found that 65% of Americans who are struggling with mental health want access to psychedelics as a treatment. However, the “survey” was conducted for Delic Holdings Corp.—an organization that wants psychedelic-based treatments made accessible to all. Delic acquired Ketamine Wellness Centers (KWC) in November of 2021. Ketamine’s hallucinogenic properties are theorized to be connected to its alleged antidepressant effects, yet even Psychiatric Times reported that its widespread adoption—though not Food and Drug Administration (FDA)-approved—has “leaped ahead of scientific understanding.” Despite, the lack of science, it purported that “Ketamine may induce alterations in consciousness and personal frameworks similar to those achieved by serotonergic psychedelics….”[7] [Emphasis added]

Today, Delic runs the largest chain of psychedelic mental health clinics in the U.S., operating 13 spuriously named ketamine “wellness” clinics. The company has plans to open an additional 15 clinics in the next 18 months. KWC is approaching 100,000 ketamine treatments and announced a new partnership with the Veterans Administration (VA) in Arizona.

Another biotech company that markets ketamine claims that with its use, “You can re-calibrate the brain during that optimum time of neurogenesis” (development of new brain cells), describing the mind’s alleged state after a ketamine injection.The company has copyrighted its method of psychotherapy—used in conjunction with ketamine—to, as it asserts, “help patients interpret their experiences during the mind-altering state.”And its results are better than placebo, the company further claims!

Evaluate their own experiences? These are subjective alterations of reality. It’s about as scientific as The Imperial-Royal Dream Book, published in the late 1800s and early 1900s, where dreams were arbitrarily interpreted as prophetic; for example, if you dreamed of being married, it was “ominous of death and very unfavorable to the dreamer; it denotes poverty, a prison and misfortunes.” But if you dream of assisting at a wedding, that predicts pleasing news or great success! Then again, dreaming of weeding the garden “signifies that health, happiness and long life will probably be granted to you.”[8] Freud called dream therapy the “the royal road” to the unconscious—part of his works which was criticized as a “triumph of pseudoscience.”[9]

A pseudoscience now expanded to explaining how psychedelics might “work.”

The biotech company is licensing its ketamine protocol to treat alcohol abuse even though ketamine is not approved by the FDA for this use. In a press statement, the company stated, “Along with a 2017 statement from a council of the American Psychiatric Association, this has given practitioners comfort to use it off-label in the US….” [Emphasis added]

Another biotech company that invests in psychedelic research revealed why there will be support for psychiatry’s latest mind-altering drugs, regardless of adverse effects: “[I]nsurance providers are the hottest under the collar for psychedelic therapies, because $10,000 for a magic mushroom treatment is nothing compared to putting someone on Zoloft or an anti-anxiety or an ADHD drug every day and having to pay for those [prescriptions] week after week…But from the insurance perspective, the total lifetime cost for a patient is going to be drastically less than the current psychopharmacological interventions.” [10]

Today’s propaganda surrounding psychedelics smacks of the false assurances made in the 1990s about the chemical imbalance myth and how SSRIs were a revolutionary new treatment to correct the imbalance and improve depression. And in the same way this was done in the 1960s and ‘70s when psychedelics were guaranteed as mental health improvers.

In 1963, Life magazine reported that the “sheer potency [of LSD] has important implications for behavioral science. If such a great deal can happen from such a small source, normal behavior may depend on extremely fine chemical balances.” [11]

The theories behind how psychedelics “work” today remain hype rather than science. Authoritative comments often use words such as “appears” and “suggests” because the theories—like that of the alleged chemical imbalance in the brain—have not been scientifically substantiated. Here is a small example of the explanations:

Conflicts of Interest: A Stock in Trade

In September of 2021, Scientific American espoused the benefits of psychedelics in an article titled, “A Renaissance for Psychedelics Could Fill a Long-Standing Treatment Gap for Psychiatric Disorders.” The article was written by Danielle Schlosser and Thomas R. Insel. Both disclosed their conflicts of interest: Schlosser is a psychologist and senior vice president of Compass Pathways, which is conducting clinical trials of psilocybin (hallucinogenic compound found in certain species of mushrooms). Insel is the former director of the U.S. National Institute for Mental Health (NIMH) and consultant to Compass. He neglected to mention that he is also an investor in the company. Compass has already made enough synthetic doses of psilocybin to supply more than 30,000 patients, according to Bloomberg Businessweek.[17]

They wrote that research conducted in the last decade suggests that psilocybin, typically taken in pill form, has the potential to treat substance use disorders, including alcoholism and nicotine addiction, as well as depression.

When “effective,” they added, “psychedelics appear to confer long-term effects, sometimes after a single administration, suggesting that they are not simply symptom-reducing but disease-modifying.”

While that research isn’t conclusive yet, Paul Hutson, a professor at the University of Wisconsin-Madison who studies psilocybin and leads the school’s center for psychedelics research anticipates the FDA will approve psilocybin capsules to treat at least some of these disorders—most likely in the next five years or so. [18]

The current U.S. Administration is also putting together a task force to fast-track therapies such as MDMA (Ecstasy) and psilocybin.[19]

As with the 1960s hallucinogenic rush, when LSD went from the psychiatrist’s couch to the streets, a new study by Columbia University Mailman School of Public Health reports Americans are “turning on, tuning in and dropping out” more than ever. The use of hallucinogenic drugs among teenagers and adults combined rose from 1.7% in 2002 to 2.2% in 2019—now an estimated 5.5 million people in the U.S. ages 12 and older. The rate of LSD use increased overall, but most of all in young adults, ages 18 to 25, who quadrupled their cohort, from 0.9% to 4%, during the 18-year study period. These were just a few of the telling trends that researchers derived from the National Survey on Drug Use and Health, published in the journal Addiction.[20]

The dangers are already known:

Allan Horwitz, Ph.D., in a review published in The Medscape Journal in 2008, wrote: “After a rapturous reception [given SSRIs] upon their introduction in the late 1980s, which persisted until the emergence of uncertainty during the early years of the 21st century, we are now witnessing a rising chorus of cynicism and disbelief about these drugs.”[24]

We are seeing the same rapturous reception given psychedelics, buoyed by a re-hashed brain chemical theory and claims of a “renaissance” in mental health treatment. It took 30 years for the “chemical-imbalance-in-the-brain-causes-depression” myth to be fully recognized as pseudoscience and dangerously misleading to consumers. We should recognize the trademark signs of this same marketing scam with psychedelics and prevent America from “turning on and tuning out” to these mind-altering drugs before it is too late.

[1] Sonari Glinton, “Big Pharma Is Betting on Psychedelics for Mental Health: Will it Pay Off,” Slate, 18 Aug 2022, https://slate.com/technology/2022/08/psychedelic-drugs-mental-health-compass-pathways.html

[3] “The Recent Resurgence of Psilocybin: Is It Here to Stay?” Psychiatric Times, 22 Aug. 2022, https://www.psychiatrictimes.com/view/the-recent-resurgence-of-psilocybin-is-it-here-to-stay

[12] “How Do Hallucinogens (LSD, Psilocybin, Peyote, DMT, and Ayahuasca) Affect the Brain and Body?,” National Institute of Drug Abuse, https://nida.nih.gov/publications/research-reports/hallucinogens-dissociative-drugs/how-do-hallucinogens-lsd-psilocybin-peyote-dmt-ayahuasca-affect-brain-body

[21] “How Do Hallucinogens (LSD, Psilocybin, Peyote, DMT, and Ayahuasca) Affect the Brain and Body?” National Institute of Drug Abuse, https://nida.nih.gov/publications/research-reports/hallucinogens-dissociative-drugs/how-do-hallucinogens-lsd-psilocybin-peyote-dmt-ayahuasca-affect-brain-body