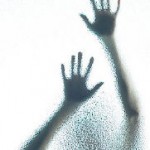 Many people who have taken psychiatric drugs have found out the withdrawal effects of the drugs can persist for months, even years after they stop taking them.  Patient’s are frequently  not warned about this, and are often told that it is simply symptoms of their ‘mental disorder’ returning – yet studies confirm that after patient’s stop taking certain psychiatric drugs, the withdrawal effects may last several months to years afterwards.   Please note that no one should attempt to withdrawal from psychiatric drugs (Antidepressants, Antipsychotics, Anti-anxiety drugs and ADHD drugs) without a doctor’s supervision.

Dr. John Zajecka reported in the Journal of Clinical Psychiatry that the agitation and irritability experienced by patients withdrawing from one SSRI antidepressant   could cause “aggressiveness and suicidal impulsivity.” The study stated that, “Symptoms of [antidepressant] discontinuation have been reported to last as long as 1 month.“

Watch Video: Attorney Karen Barth Menzies on Antidepressants—Addiction and Withdrawal. Ms. Menzies has been on the forefront of SSRI antidepressant litigation for more than a decade against defendants such as, GlaxoSmithKline, Pfizer and Eli Lilly in cases involving antidepressant-induced suicide, withdrawal and birth defects.