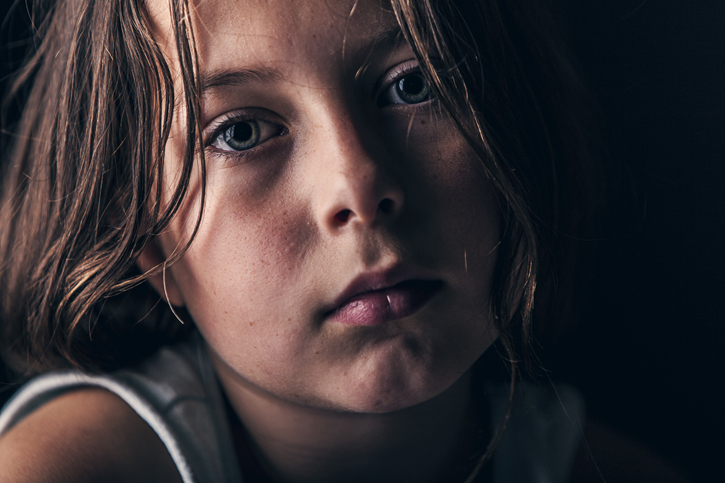 “We began to notice an increase in younger aged children attempting suicide by acute overdoses in our clinical practice.... We were disturbed at our institutional numbers and decided to perform research on the national numbers which confirmed that this increase was not just a local issue, but a national issue.” – Dr. Christopher Holstege, Chief, Division of Medical Toxicology, University of Virginia School of Medicine

Suicides among young people have been on the rise with federal data reporting that among those 10 to 24 years old, overall rates of deaths by suicide in the U.S. increased 57% from 2000 to 2018.[1] More and more of these attempts are from ingesting toxic substances or overdosing on medications, a study finds. Astonishingly, from 2015 to 2020, researchers found suicide attempts using chemicals, including antipsychotics, soared by 28% among those aged 6 to 9 years old. The increase in children being prescribed mind-altering chemicals in the U.S. is a shocking reflection on the risks being taken with such young minds because many of the prescriptions carry a risk of suicide and violent behavior. These can drive individuals to committing irrational acts of violence and suicide.

Researchers from the University of Virginia School of Medicine found that the most commonly abused substances are the pain relievers acetaminophen and ibuprofen, but these were followed by atypical antipsychotics—like aripiprazole (Abilify)—the latter increasingly prescribed not only for psychosis, but also for depression. Atypical antipsychotics are added to an antidepressant, despite benefits on functioning or quality of life ranging between very small and zero, according to a PLoS Medicine study.[2]

CCHR tracks prescription trends through the IQVia Total Patient Tracker Database and in 2020, 6.1 million of those aged 0–17 were taking a psychotropic drug, of which 30,632 youngsters aged 0–5 were prescribed antipsychotics and 829,372 were 0–17-years old.[3] According to Prof. David Healy, a leading international psychopharmacologist, antipsychotics can cause suicidal thoughts and feelings, even in healthy volunteers. In clinical trials submitted to regulators, olanzapine (Zyprexa) and risperidone (Risperdal) have been linked to more completed suicides than other drugs. “It is often said that suicide happens in patients with schizophrenia or psychoses because of concern over a future devastated by illness. While this might be right in some cases, it is almost certainly wrong in most cases. Suicide was rare in schizophrenia before chlorpromazine – the first antipsychotic – which suggests that many people are reacting adversely to the treatment they are put on. Another factor pointing to the drug is that the suicide rate during the first year of treatment is much higher than at any other time,” Dr. Healy noted.[4]

CCHR has consistently warned about prescription drug abuse, especially as around 21% of patient visits to psychiatrists for anxiety disorder treatment involved an antipsychotic prescription in 2004–2007, double that of 1996–1999.[5] Children behaving badly became a target market from the early 2000s. Clinical trials recruited preschoolers to test antipsychotics for purported bipolar disorder.[6] Psychiatrists prescribe antipsychotics to children in one third of all visits, which is three times higher than during the 1990’s, and nearly 90% of those prescriptions written between 2005 and 2009 were prescribed for something other than what the FDA approved them for. Antipsychotics have been described as a chemical lobotomy because of their ability to disable normal brain function.[7]

IQ Via reports 2.1 million of those aged 0–17 are on antidepressants that can induce suicidal behavior and a further 3.1 million are taking psychostimulants.[9]

CCHR noted that from the late 1980s, it has warned about six year old children prescribed SSRI antidepressants committing suicide, which it discovered after obtaining adverse drug reaction reports filed with the Food and Drug Administration (FDA). Between 1998 and 2002, some two million commercially insured, pediatric beneficiaries 18 years and younger were taking antidepressants. The fastest growing segment of users was preschoolers aged 0–5 years.[10] By December 2004, CCHR had learned of at least 100 children in the U.S. having committed suicide while taking these antidepressants and many others had attempted it.[11]

In 2020, Australian researchers reported per-capita child, adolescent and young adult antidepressant dispensing (0–27 years old) and suicide (0–24 years) rates increased approximately 66% and 49% respectively. In addition, “there was a 98% increase in intentional poisonings among 5- to 19-year-olds in New South Wales and Victoria between 2006 and 2016.” “These results do not support claims that increased antidepressant use reduces youth suicide risk,” the study found.[12]  Rather it likely increased it.

All antidepressants now carry the FDA’s “Black Box” warning, alerting that they may increase the risk of suicidal thinking and behavior in children and young adults.[13]

The increase in psychotropic drug prescriptions has also brought an increase in acts of violence being committed. In 2013, then U.S. Attorney General, Eric Holder, reported that the annual number of mass-shooting incidents in the U.S. had tripled since 2009 and, remarkably, the average number of shootings increased from 5 per year before 2009 to 15 per year since. At the same time the use of prescription psychiatric drugs increased. Between 2004 -2012 there were 14,773 reports to the FDA’s MedWatch adverse drug reaction report system on psychiatric drugs causing violent side effects including, 1,531 cases of homicidal ideation/homicide, 3,287 cases of mania and 8,219 cases of aggression. The FDA estimates that fewer than 1% of all serious adverse events are even reported, so the acts of aggression could be in the tens of thousands.[14]

In a sample of 11 teens who committed acts of senseless violence where psychotropic drugs were implicated leaving 50 dead and 108 wounded, more than half of the shooters also committed suicide. The youngest was 12 years old who had been taking an antidepressant.[15] One of the first cases that significantly raised the link between psychotropic drugs and violence/suicide was Joseph Wesbecker (47) who, in 1989, shot dead eight people and injured 12 others before killing himself at his place of work in Kentucky. As a coroner later heard, three days prior to the killing, Wesbecker’s psychiatrist described him as exhibiting an “increased level of agitation and anger” and wrote: “Plan: Discontinue Prozac which may be the cause.”[16]

Dr. Christopher Holstege, chief of the division of medical toxicology at the University of Virginia School of Medicine and a co-author of the current paper, said: “We began to notice an increase in younger aged children attempting suicide by acute overdoses in our clinical practice at [the University of Virginia Health System].” Further, “We were disturbed at our institutional numbers and decided to perform research on the national numbers which confirmed that this increase was not just a local issue, but a national issue.”[17]

For these reasons, CCHR reiterates its call for mandatory toxicology tests when mass shootings and acts of violence are committed and for a database to register drug use found in the blood system of the perpetrator.