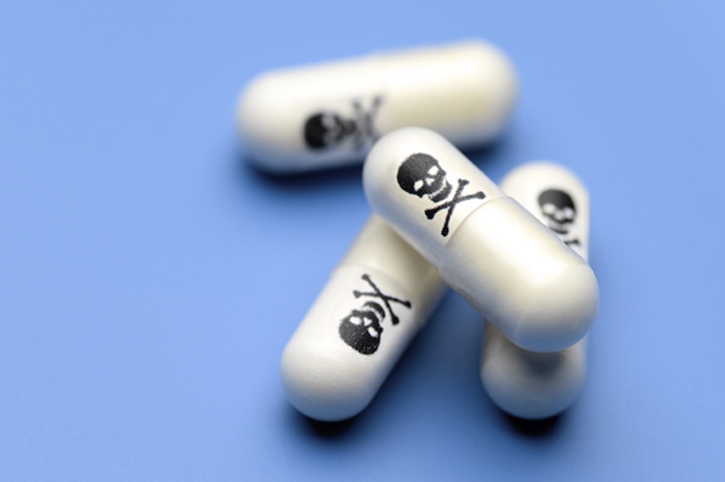 The mental health industry watchdog, Citizens Commission on Human Rights International (CCHR) continues to monitor and report on concerns about the death rates in those taking or abusing psychotropic medications. It was responding to the recent Centers for Disease Control and Prevention (CDC) announcement of 100,000 overdose deaths during the 12-month period ending in April 2021, with psychostimulants rating third, behind opioids of drugs implicated. Psychostimulants include those prescribed to treat “Attention Deficit Hyperactivity Disorder” (ADHD), which have a high abuse potential, along with methamphetamine.[1]

CCHR recommends parents take advantage of its psychiatric drugs side effects database to better educate themselves and teens on the risks of psychotropic meds, especially when abused.

CCHR obtained 2020 statistics from IQVia, a pharmaceutical data tracking company, which reports more than 9.5 million Americans are taking prescription psychostimulants, of which 3.1 million were in the 0-17 age group. An astounding 31.29 million Americans take prescription anti-anxiety drugs, which include benzodiazepines, including 1.15 million aged up to 17.[2]

The National Institute on Drug Abuse (NIDA) reported that in 2020, 4.4% of 12th graders have abused the ADHD psychostimulant, Adderall (amphetamine and dextroamphetamine) while 1.7% have abused methylphenidate (Ritalin).[3] Psychostimulants are often used for non-medical reasons by an estimated 30% of U.S. college and university students, believing these will improve their study performance. Many students erroneously think that using Adderall, for example, is the same as drinking coffee, and that it is generally safe for anyone to use because it is prescribed by doctors. [4]

However, a Western Australian study, the world’s first long-term data review of those using psychostimulants found they were 10.5 times more likely to fail to reach an age-appropriate educational standard than children diagnosed with ADHD but never medicated.[5] Dr. Martin Whitely, Ph.D., one of the researchers in the study and a former educator and Member of Parliament, has now launched his own website to also better educate parents.

Whitely points to the expected 2021 global sales of ADHD “medications” reaching $22.5 billion—an incentive to keep marketing the drugs and notes: “But like the fabled Emperor’s New Clothes, the growth of, and enthusiasm for, ADHD child drugging ignores the obvious. There is no scientific basis for diagnosing Attention Deficit Hyperactivity Disorder, and so-called ‘ADHD medications’ are amphetamines and similarly dangerous drugs, that temporarily alter behavior but risk damaging developing minds and bodies.”[6]

“The pills [psychostimulants] would be bought and sold among students who had no idea what they were messing with,” wrote Alan Schwartz, a New York Times reporter and author of ADHD Nation: Children, Doctors, Big Pharma, and the Making of an American Epidemic.[7] The U.S. Drug Enforcement Administration says methylphenidate can lead to addiction and that “psychotic episodes, violent behavior and bizarre mannerisms have been reported” with its use.[8] The manufacturer of methylphenidate admits it is a drug of dependency.[9]

Prescription stimulants are abused by taking them orally, snorted, or injected; MDMA, also known as ecstasy, is usually taken orally.[10]

Provisional drug overdose death counts are based on death records received and processed by the National Center for Health Statistics (NCHS). “The 12-month period ending in April 2021 is the first time we’ve seen over 100,000 estimated deaths due to drug overdose,” said lead researcher Farida Bhuiya Ahmad, the mortality surveillance lead at NCHS.[11]

CCHR, which was established in 1969, has been a resource for parents to provide them with information they may not  easily obtain from psychiatric or medical sources that rely upon biomedical treatments. The group alerts to new research and studies that may assist parents and others. It has helped achieve more than 190 laws worldwide that increase mental health protections.

[6] “Welcome to ADHDisBS.com We expose the lies and half-truths promoted by the ADHD Industry!” 6 Oct. 2021, https://www.adhdisbs.com/post/welcome-to-adhd-is-bs