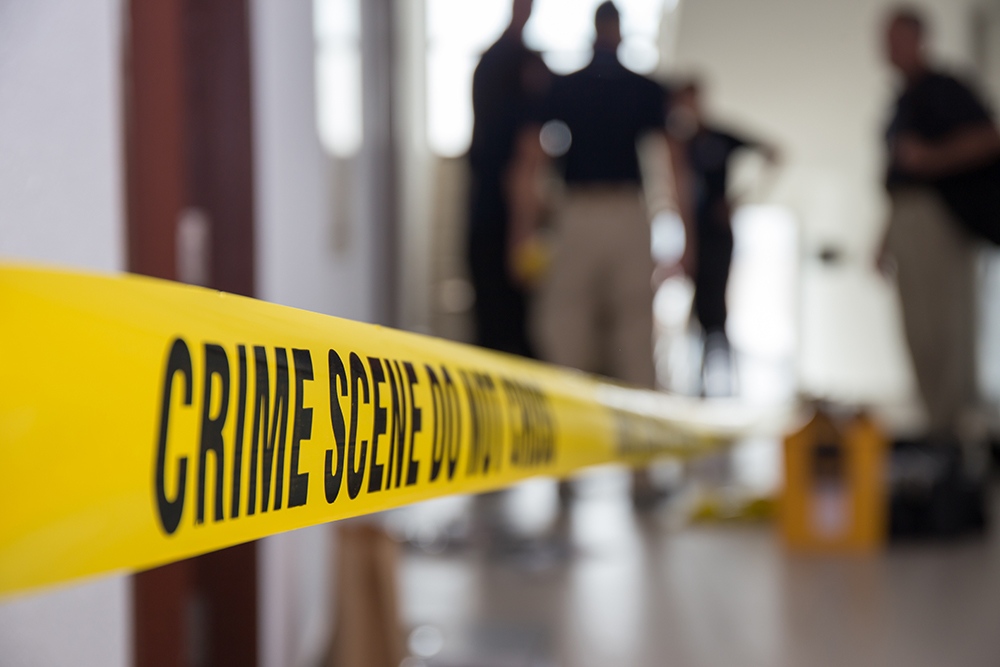 “Taxpayer appropriations have been funneled into everything related to violence prevention and treatment but not into investigating psychotropic drug links to acts of violence. Funding has been a bottomless pit, yet has not brought about a commensurate decline in mass violence.”

With gratuitous and murderous violence being committed by the very young, CCHR says violence prevention and school mental health programs have failed. Teaching “character building” and providing “mental health” screening and treatment may be putting teachers and students in harm’s way.

The shocking news that a 6-year-old shot and injured a teacher at Richneck Elementary School in Newport News, Virginia is resonating across the nation.[1] This and the general rise in gratuitous and murderous violence committed by the very young needs a strong and effective and accountable response. Citizens Commission on Human Rights International demands local and state governments review the potential link between violence and school mental health programs in the nation. These agencies must also investigate the role of any psychotropic drug use by child offenders.

Mental health and “violence prevention” programs as well as mental health clinics where psychotropic drugs can be disbursed have been embedded in schools at least since the Columbine High School shooting in 1999. But psychological and psychiatric programs arguably are only making matters worse.

In January 2023, a 6-year-old boy shot his first-grade teacher. There was an altercation between the teacher and the student, whose response was to choose to use the firearm he’d stolen from his mother and fire a single shot at the teacher. The youngster was taken to a hospital for a mental health evaluation and to undergo court-ordered mental health treatment at an undisclosed facility.[2]

Newport News Mayor Phillip D. Jones stated in response to the tragedy, “It is almost impossible to wrap our minds” around this. “I do think that after this event, there is going to be a nationwide discussion on how these sorts of things can be prevented.”[3]

However, we will be unable to “wrap our wits” around such tragedies without reviewing failed mental health “solutions” already put in place to “treat” the problem of child and youth violence.

There can be numerous reasons for senseless violence. Some child killers have terrible, abusive family backgrounds. However, psychotropic drugs and “mental health treatment” in schools and in foster care and juvenile centers clearly aren’t improving child crime. They are likely a pivotal point in helping to create the mindset behind the crime or to exacerbate it.

Consider other recent cases in the community:

It is unknown if either of the assailants had been taking psychotropic drugs. What is known is that there are more than 25 international drug regulatory agency warnings citing psychiatric drugs causing mania, psychosis, aggression, violent reactions, and even homicidal ideation. Read CCHR’s report Psychiatric Drugs Create Violence & Suicide.

Taxpayer appropriations have been funneled into everything related to prevention and treatment but not into investigating psychotropic drug links to acts of violence. Funding has been a bottomless pit, yet has not brought about a commensurate decline in mass violence.[7]

For example, in Virginia, where the shooting by the 6-year-old occurred, funding has included:

CCHR warned against this path in 1999 when it testified before a Colorado government Ad Hoc Committee Hearing into psychiatric drugs creating violence in schools. CCHR exposed how antidepressants and psychological “death education” programs in the school had contributed to teens Eric Harris and Dylan Klebold killing 12 students and a teacher at Columbine High School, before killing themselves.[12] Both shooters had been in anger management classes and had undergone counseling. Harris had been seeing a psychiatrist before the shooting. He was taking the SSRI antidepressant Luvox, a drug documented to cause violent and suicidal effects.[13] During clinical trials of Luvox, children developed mania, described as a “form of psychosis characterized by exalted feelings, delusions of grandeur…and overproduction of ideas.”[14]

Between 1988 and 1992, there were reports of 90 children and adolescents who had suffered suicidal or violent self-destructive behavior while taking the SSRI antidepressant Prozac (fluoxetine). The Food and Drug Administration’s own adverse drug reaction reports revealed that a 12-year-old suffered hostility and confusion, was violent, and became “glassy-eyed” on the drug.[15]

Colorado State Rep. Penn Pfiffner, who chaired the hearing, stated: “There is enough coincidence and enough professional opinion from legitimate scientists to cause us to raise the issue and to ask further questions.” To do otherwise, “we as legislators aren’t doing our job.”[16]

Working with Patricia Johnson, then-member of the Colorado State Board of Education, CCHR helped obtain a precedent-setting resolution that called on teachers to use academics rather than drug solutions for behavior, attention, and learning difficulties in the classroom.[17]

States ignoring this have done so at their own peril. Since 2000, there have been at least 27 acts of mass violence in schools committed by those taking or withdrawing from psychiatric drugs or having undergone unnamed mental health treatment, resulting in 33 deaths and 83 wounded. At least seven of the killings involved stabbings.[18] Something drove them to kill.

Despite all its investments in mental health and “character and emotional building” in schools, Virginia has seen some of the worst examples of school violence:

Criticism of mental health programs in schools has raged for years.

In March 1998, Andrew Golden, 11, and his cousin Mitchell Johnson, 13, sounded the alarm at Westside Middle School in Arkansas, prompting students and teachers to crowd into the courtyard. Then the two boys opened fire, randomly shooting at their victims, killing four students and one teacher. Arkansas was one of the first states in America to introduce psychology-influenced Outcome-Based Education (OBE), which by 1987 was firmly in place. Part of the (OBE) package of techniques introduced into the classroom included: sensitivity training groups (known as T-groups), encounter groups, self-esteem training, moral reasoning, conflict resolution, and critical thinking, to name a few. They were mental techniques designed to modify behavior yet could cause confusion and disorientation.[25] These techniques are based on opinions about behavior, not science.

Tom DeWeese of the American Policy Center, an expert on the subject of OBE, told a Washington, D.C. press conference in 1995, about a 9-year-old boy who “…told his mother that he ranked lumberjacks in the same class as murderers and bigots.” DeWeese said “psychologically-based programs are harming children” and that “OBE is not education, it’s mind control from womb to tomb.”[26]

Nationwide, education departments being advised by mental health professionals have increased funding to and implementation of mental health screening and psychology-based programs, rather than adopting the Colorado resolution recommendation.

As the recent shootings show, the mindset of these young children is chillingly irresponsible. In addition to understanding the child’s home life, these beg questions about what teachers may be mandated to teach in schools that could be unwittingly causing harm. Police should also investigate this with regard to the recent cases.

Further information on the 10-year-olds, includes:

CCHR has been documenting similar inexplicable violent acts for decades. The following case was included in a report CCHR sent to every state and federal legislator in the late 1990s:

In her diary, she wrote:

“I just f*****g killed someone. I strangled them and slit their throat and stabbed them, now they’re dead. I don’t know how to feel atm [at the moment]. It was ahmazing. As soon as you get over the ‘ohmygawd I can’t do this’ feeling, it’s pretty enjoyable.”

One of the hospitals where Alyssa was treated was Pathways Behavioral Healthcare.[37]

For decades, schools and government agencies have accepted wrong advice, as evidenced by conditions not improving but factually worsening. It’s not only families and children that are being harmed but educators are also taking the blows.

Teachers report more aggressive behavior than ever before, aimed at both other students and teachers themselves.[40]

Add to this, students are abusing prescription psychotropic drugs, unaware of the dangers these drugs can cause. The fastest-growing drug problem in the United States isn’t cocaine, heroin, or methamphetamines, it’s prescription drugs, which profoundly affect the lives of children and teenagers. One in four teenagers erroneously believes that prescription drugs can be used as a study aid.[42]

Stimulants, often prescribed to treat ADHD, have side effects in common with cocaine, and may include paranoia, dangerously high body temperatures, and an irregular heartbeat, especially if stimulants are taken in large doses or in ways other than orally. Conversely, depressant drugs can cause slurred speech, shallow breathing, fatigue, disorientation, lack of coordination, and seizures upon withdrawal from chronic use.[43]

All these aspects deserve serious attention. The call for governments to investigate the failure of psychiatric screening, programs, and treatment is even more vital now in light of the recent examples of child killers.

Further reading: Billion$ Spent on Violence Prevention Ignores How Psychotropic Drugs Cause Hostility, and Their Role in Mass Shootings & Stabbings

[6] Cheyenne R. Ubiera, “MEMORIAL DAY ‘MURDER’: Girl, 10, charged with MURDER for ‘killing woman who was fighting with her mom’ and screaming a chilling message,” The U.S. Sun, 7 June 2022, https://www.the-sun.com/news/5512864/girl-charged-murder-shooting-orlando-florida/

[12] “Resolution: Promoting the Use of Academic Solutions to Resolve Problems with Behavior, Attention, and Learning,” Colorado State Board of Education, 11 Nov. 1999

[21] Chapter IV MENTAL HEALTH HISTORY OF SEUNG HUI CHO This chapter is divided into two parts: Part A, the mental health history of Cho, and Part B, a discussion of Virginia’s mental health laws

[26] “NO RIGHT OR WRONG,” https://beststartforkids.org/failing-education/no-right-or-wrong/

[27] “10-year-old Wisconsin boy charged as adult in fatal shooting of mother over Amazon order of VR headset,” NBC News, 1 Dec. 2022, https://www.nbcnews.com/news/us-news/10-year-old-wisconsin-boy-charged-adult-fatal-shooting-mother-amazon-o-rcna59605, citing: “Violent Deaths at School and Away From School and School Shootings,” National Center for Education Statistics, May 2022, https://nces.ed.gov/programs/coe/indicator/a01/violent-deaths-and-shootings?tid=4