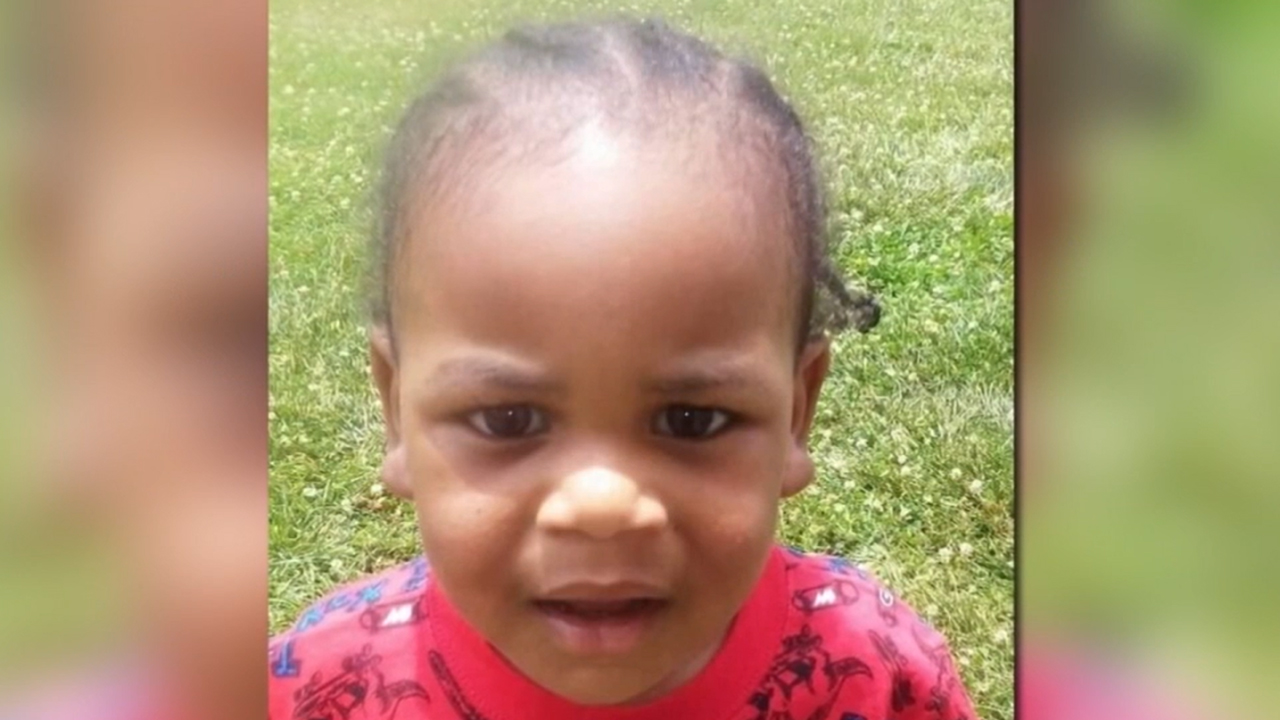 Ja'Ceon Terry, a 7-year-old foster care child was restrained and killed at Brooklawn psychiatric residential center in Louisville, Kentucky on July 17, 2022. In September, the medical examiner ruled his death a homicide, finding he had been suffocated. (Photo by: LEX 18)

During “Mental Illness Awareness Week” starting October 2, CCHR, a mental health industry watchdog, issues “FACTS TO KNOW ABOUT PSYCHIATRY” as a resource for consumers, media and politicians, detailing restraint homicides of children in behavioral facilities, and millions of Americans facing addiction, violence and suicide from psychotropic drug use.

The theme of Mental Illness Awareness Week (MIAW) in 2022 (2-8 October) is “What I Wish I Had Known,” but because information is skewed by pharmaceutical-company-funded “mental health” groups, CCHR compiled “Facts to Know About Psychiatry” that are not otherwise addressed during the week. U.S. authorities need to know about the abysmal failure of psychiatric treatments in preventing or “curing” mental ill-health and how these cause physical harm and deaths.  Highlighting this is the tragic and shocking death of Ja’Ceon Terry, a 7-year-old foster care child who was restrained and killed at Brooklawn psychiatric residential center in Louisville, Kentucky on July 17, 2022. In September, the medical examiner ruled his death a homicide, finding he had been suffocated.[1]

It is the second high-profile death of an African American foster child in psychiatric institutions in recent years. In April 2020, 16-year-old Cornelius Frederick was restrained at a behavioral center in Michigan, which led to his death. A medical examiner also ruled it a homicide resulting in criminal charges filed against three staff, with one already sentenced.[2]

Ja’Ceon’s grandfather wants the staffers involved in his death to face jail time. “He’s 7 years old. He couldn’t have been too strong for two adults to handle,” George Terry told media.[3] CCHR has filed complaints with the Kentucky governor, Attorney General and health authorities calling for justice for the boy.

In 1990, Congress decreed the first week of October as Mental Illness Awareness Week. World Mental Health Day on October 10 was started by the pharmaceutical-company-funded World Federation for Mental Health. WFMH was formed in 1948, arising from WWII and the need to protect psychiatry’s reputation after Nazi psychiatry’s euthanasia program and 50 years of eugenics. The organization asserted itself as “leaders in the planned development of a new kind of human being,” in the words of WFMH co-founder and Canadian military psychiatrist G. Brock Chisholm.[4] One of the WFMH’s first reports espoused Chisholm’s beliefs: “…[T]he family is now one of the major obstacles to improved mental health, and hence should be weakened, if possible, so as to free individuals and especially children from the coercion of family life.”[5]

As such, the information imparted in the name of mental illness awareness is often biased in favor of biological psychiatry and increasing funds to psychiatric practices that have a history of being coercive and harmful.

Governments keep investing billions of dollars into psychiatry to improve conditions that psychiatrists admit they cannot cure. Promises are repeatedly made to improve the mental health of the country, including for its children, but the opposite has occurred. The rate of mental illness keeps soaring, and with it, demands for a blank check for more funding.

No Science to Psychiatric Diagnosing

Know About Psychiatry’s Failure: In Their Own Words

CCHR has always maintained that there needs to be accountability for the funds invested in mental health programs, which means, all the statistics listed above should have been declining, not increasing. Despite many billions of dollars expended on mental health, as a psychologist writing in Psychology Today wrote in April 2022: “[P]sychiatry has failed to solve the puzzles posed by the gravest illnesses: schizophrenia, bipolar disorders, and acute depression.”[79]

A European Psychiatry journal article expressed concerns about what the entire profession faces—that “Unlike other medical specialties, psychiatry has often been seen as unscientific, touchy-feely and without proper scientific basis.”[80]

A debate was held in the Royal Geographic Society, UK, on the topic “We’ve Overdosed. Psychiatrists and the Pharmaceutical Industry are to blame for the current ‘epidemic’ of mental disorders.” The argument put forward was: “Drug pushers. We tend to associate them with the bleak underworld of criminality. But some would argue that there’s another class of drug pushers, just as unscrupulous, who work in the highly respectable fields of psychiatry and the pharmaceutical industry. And they deserve the same moral scrutiny that we apply to the drug peddler on the street corner.”[81]

PsychCentral, an independent mental health information website, overseen by mental health professionals points out: “Doctors do not lock up those who neglect to take their heart medications, who keep smoking even with cancer, or are addicted to alcohol. We might bemoan these situations, but we are not ready to deprive such individuals of their liberty, privacy, and bodily integrity despite their ‘poor’ judgment. People who suffer from mental illness also are due the respect and freedoms enjoyed by other human beings.[82]

As CCHR consistently documents, “mental illness patients” are not given such respect and freedoms.

A 2022 Harvard Law School Project on Disability report, “When Does Mental Coercion Constitute Torture?” points to the dreadful state of psychiatric institutions that continues, with incalculable damaged lives lying in their wake. “Institutional mental health settings, such as state-run psychiatric hospitals, routinely employ coercive forms of ‘treatment’ that are intolerable in other settings,” it said. Mental health workers “apply electroconvulsive therapies without safeguards, use prolonged mechanical restraints, or administer psychotropic medications without therapeutic justification.”[83]

However, as further stated: “This focus on the torturous nature of chemical restraints coincides with a broader movement away from using coercive measures in mental health settings, regardless of the purported therapeutic aims of mental health workers.” More recently, “the Special Rapporteur has signaled that coercive practices, including ‘psychiatric intervention on the grounds of ‘medical necessity’ or the ‘best interests’ of the patient…may well amount to torture” because they “generally involve highly discriminatory and coercive attempts at controlling or ‘correcting’ the victim’s personality, behavior or choices and almost always inflict severe pain or suffering.”

Children are at even greater risk. Peter Gøtzsche states: “It is cruel that most psychiatric leaders say—even on national TV—that depression pills can be given safely to children because there wasn’t a statistically significant increase in suicides in the trials, only in suicidal thoughts and behavior, as if there is no relation between the two. The psychiatrists reward the companies for their fraud while they sacrifice the children.”[84]

He concludes that “biological psychiatry has not led to anything of use, and that psychiatry as a medical specialty is so harmful that it should be disbanded. People should not get drugs, apart from some acute situations, but psychotherapy and other psychosocial interventions.”[85]

These are points Mental Illness Awareness Week does not include under its “What I Wish I Had Known” mantra, yet such facts are vital for informed consent decisions. Many of the groups promoting the week are heavily funded by pharmaceutical companies that do not want “the other side” of the story—that of psychiatric failures, unworkable treatments and patient harms and deaths—told or known.

[7] “National Review of Restraint Related Deaths of Children and Adults with Disabilities: The Lethal Consequences of Restraint,” Equip for Equality, 2011, https://www.equipforequality.org/wp-content/uploads/2014/04/National-Review-of-Restraint-Related-Deaths-of-Adults-and-Children-with-Disabilities-The-Lethal-Consequences-of-Restraint.pdf

[21] https://www.cchrint.org/psychiatric-disorders/psychiatristsphysicians-on-lack-of-any-medicalscientific-tests/ Christopher Lane, “The NIMH Withdraws Support for DSM-5: The latest development is a humiliating blow to the APA,” Psychology Today, 4 May 2013, https://www.psychologytoday.com/us/blog/side-effects/201305/the-nimh-withdraws-support-dsm-5

[80] https://www.cchrint.org/2021/03/08/resource-on-why-psychiatry-is-upset-about-its-failures-and-critics/ “EPA guidance on how to improve the image of psychiatry and of the psychiatrist,” European Psychiatry, 2015, https://www.behaviorismandmentalhealth.com/wp-content/uploads/2015/09/EPA-guidance-on-image-of-psychiatrists-2015.pdf

[81] https://www.cchrint.org/2021/03/08/resource-on-why-psychiatry-is-upset-about-its-failures-and-critics/; “We’ve overdosed. Psychiatrists and the pharmaceutical industry are to blame for the current ‘epidemic’ of mental disorders,” Intelligence Squared (supported by Vanity Fair), 12 Nov. 2014, http://www.intelligencesquared.com/events/psychiatrists-and-the-pharmaceutical-industry-are-to-blame-for-the-current-epidemic-of-mental-disorders/