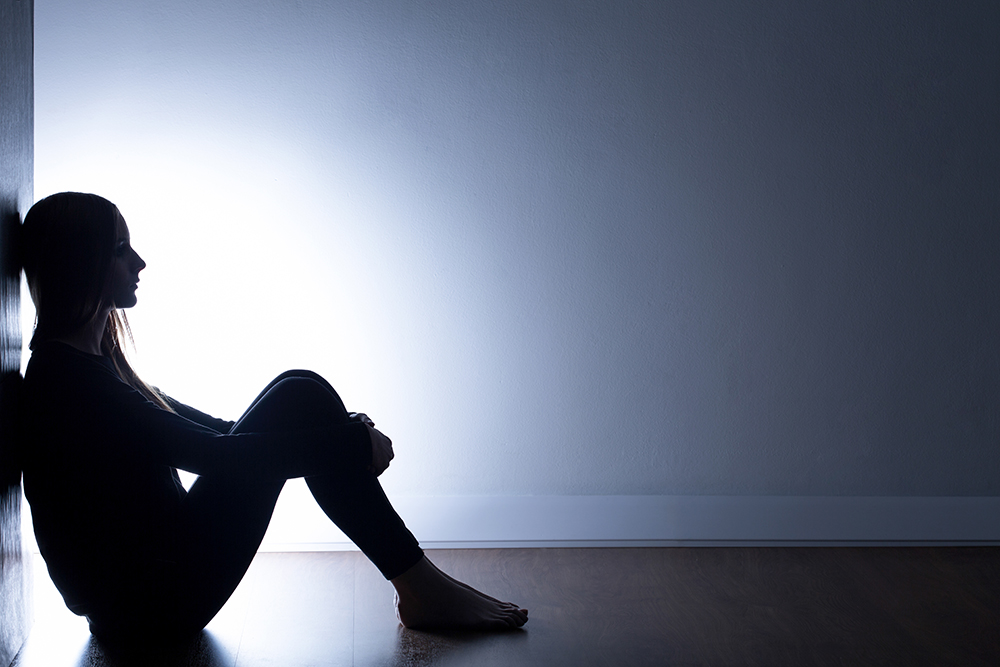 “The organizers of International Youth Day should use this opportunity to condemn the medicalization of teen angst and behavioral problems, and demand accountability for all the money governments have already spent on mental health programs that have clearly failed.” – Jan Eastgate, President CCHR International

CCHR applauds International Youth Day but says it ignores the mass drugging of children that leads to suicide and violence; 63% of “medicated” teens involved in a sample of U.S. school shootings/violence were taking antidepressants the FDA warned against 18 years ago.

With August 12th delegated International Youth Day (IYD), Citizens Commission on Human Rights International (CCHR), a mental health industry watchdog, reminded policymakers that millions of youths are still being prescribed antidepressants that could adversely impact them in ways that prevent them from reaching their full potential—one of the aims of IYD. CCHR says legislators should be demanding to know why there is such a reliance on these treatments when drug regulatory agencies have warned against antidepressant use in youths since 2003. The promises of improved mental health for youths—backed by billions of dollars in government-funded programs—have failed to reduce suicide and violence, including shootings and serious acts of senseless violence in schools.

Community-based violence prevention programs received $8 million in 2018, which increased to $14 million in 2021, then more than tripled to a whopping $50 million in 2022—a 525% increase and a total of $87 million over five years.[5] This is in addition to $192.5 million for delinquency prevention mentioned above during the same period.[6]

In 2015, the Every Student Succeeds Act (ESSA) allocated more federal funds for school-based violence prevention programs. Yet school shootings increased by 37% between the 1990s and 2013 and have continued unabated.[7] This figure doesn’t factor in acts of school violence that do not involve guns.

In a sample of 32 school shootings/acts of senseless violence between 1997 and February 2018—when the Marjory Stoneman Douglas High School shooting in Florida left 17 dead and 17 injured—in which the perpetrator was taking or withdrawing from psychiatric drugs, it was found that 20 of the perpetrators (63%) were taking antidepressants, sometimes in combination with other prescription psychotropics. Another five were indicated as being on medication for “depression,” which, if antidepressants, would constitute 78%.[8]

The numbers could be far higher, as toxicology tests—especially for antidepressant use—are not always conducted, especially when the perpetrator commits suicide in the course of the violent act. In the Adam Lanza Sandy Hook school shooting in Connecticut in 2013, the state Assistant Attorney General refused to disclose if Lanza was taking antidepressants because, he told a court, it could “cause a lot of people to stop taking their medications.”[9] That was an alarming admission, denying parents of minors information on the potential links between the drugs and violence and suicide. When the toxicology tests were eventually released, CCHR found the findings questionable.

Minimally, legislators should investigate investment in mental health programs and their direct results, as far as diminishing the numbers of people experiencing mental ill-health and suicide.

The IYD, established by the United Nations, aims to amplify the message that action is needed across all generations to achieve the Sustainable Development Goals (SDGs) to leverage the full potential of all generations.[10] However, there’s been a shocking level of inaction and neglect in the oversight of how many children and youths are subjected to psychotropic drugs that can put them at risk of blunting their emotions, thus reducing their drive and ability to achieve.

In March 2004, the FDA issued an advisory that patients taking antidepressants may experience worsening depression or the emergence of suicidality. Further, “Anxiety, agitation, panic attacks, insomnia, irritability, hostility, impulsivity, akathisia (severe restlessness), hypomania, and mania, have been reported in adult and pediatric patients being treated with antidepressants… both psychiatric and non-psychiatric.”[11] In October of the same year, it issued its strongest black box warning that antidepressants can induce suicidal behavior in children, adolescents and young children. However, the FDA does not have control over how treatments are prescribed once approved. IQVia Total Patient Tracker Database reports more than 6.1 million 0–17-year-olds had taken psychotropic drugs in 2020, of which 418,425 were aged 0-5. More than 2.15 million were taking antidepressants.[12]

The UN and World Health Organization have warned against this reliance upon the biomedical model and excessive medicalization. In 2020, Dr. Dainius Pūras addressed the UN Human Rights Council stating: “The global mental health status quo should move away from the outdated ‘mad or bad’ approach which seeks to prevent behaviors deemed as ‘dangerous’ or provide treatment considered ‘medically necessary’ without consent.”

Dr. Pūras said that the dominance of the biomedical model has resulted in an overuse of medicalization and institutionalization. He warned against the exaggerated benefits of psychotropic medications and highlighted that their effectiveness is not comparable to other medicines that are essential for certain physical conditions, such as for example, antibiotics for bacterial infections. “There are no biological markers for mental health conditions,” he said. “Hence the specific mechanisms by which psychotropic drugs might be effective, are simply unknown.”[13]

How many parents have been made aware of Dr. Pūras’ concerns? Or that psychiatric disorders are not discovered in the same way as medical diseases? Mental disorders contained in the Diagnostic and Statistical Manual of Mental Disorders (DSM) are decided by psychiatrists voting on what is, or is not, considered a mental disorder. In the U.S., Thomas Insel, the former Director of the National Institute of Mental Health (NIMH) stated in 2013: “While DSM has been described as a ‘Bible’ for the field, it is, at best, a dictionary…. The weakness is its lack of validity. Unlike our definitions of ischemic heart disease, lymphoma, or AIDS, the DSM diagnoses are based on a consensus about clusters of clinical symptoms, not any objective laboratory measure. In the rest of medicine, this would be equivalent to creating diagnostic systems based on the nature of chest pain or the quality of fever.”[14]

Dr. Kate Allsopp of the University of Liverpool points out: “Although diagnostic labels create the illusion of an explanation they are scientifically meaningless and can create stigma and prejudice.”[15]

Add to that the landmark study published in Molecular Psychiatry in July 2022, where researchers reviewed major studies published over several decades and found no convincing evidence to support the theory that a chemical imbalance in the brain causes mental disorder. Patients had been misled for years that this was a source of their problems, requiring antidepressants or other psychotropic drugs to “correct” it, thereby violating their informed consent rights and constituting consumer fraud.[16] Teens have been told that chemical imbalances are one source of depression.

The Problem is Global

In 2005, the Australian Therapeutic Goods Administration responded to the FDA warning by requiring consumer information to be updated to reflect the risk of worsening depression and emerging suicidality.[17] Yet, prescriptions of antidepressants for Australian children tripled between 2010 and 2020.[18] And from 2008 to 2018, Australian per-capita child, adolescent and young adult antidepressant dispensing (0–27 years of age) and suicide (0–24 years) rates increased approximately 66% and 49%, respectively. These results do not support claims that increased antidepressant use reduces youth suicide risk, researchers said.[19]

In 2003, the British Medicines and Healthcare Products Regulatory Agency was first to recommend against the use of antidepressants in children younger than 18 years of age because of suicidal ideation.[20] Doctors seem to have dismissed such warnings and have continued to prescribe the drugs to children aged 5–12 years,  with prescriptions increasing by 41% between 2015 and 2021 in the UK, according to figures obtained by The Pharmaceutical Journal.[21] The UK National Health Service reported that 1.03 million prescriptions were dished out to children as young as ten in 2020, up 26% from 2016. The data also shows that antidepressant use among young girls aged 10 to 17 hit a record high in March 2020.[22]

There are serious long-term effects from taking antidepressants, which have been revealed in numerous studies, including the largest-ever statistical analysis conducted by Danish researchers in 2016 which concluded that antidepressants doubled the risk of aggression and suicide in children and teens. According to Professor Peter Gotzsche, one of the lead authors of the study, “antidepressants don’t work in children; that is pretty clear, in the randomized trials children say that they don’t work for them, but they increase their risk of suicide.”[23]

Another study published in PLOS Medicine found young adults between the ages of 15 and 24 were nearly 50% more likely to be convicted of a homicide, assault, robbery, arson, kidnapping, sexual offense or other violent crimes when taking antidepressants than when they were not taking psychiatric drugs.[24]

Psychiatrists Feeding at the “Public Trough”

In addressing the DSM, Dr. Thomas Dorman, a member of the Royal College of Physicians of the UK, equated it with “the whole business of creating psychiatric categories of ‘disease,’ formalizing them with consensus, and subsequently ascribing diagnostic codes to them, which in turn leads to their use for insurance billing” is nothing but “furnishing psychiatry a pseudo-scientific aura. The perpetrators are, of course, feeding at the public trough.”[25]

That public trough includes psychopharmaceutical sales—some $35 billion a year in the U.S. alone and around $88 billion globally. Taxpayer appropriations to mental health services have soared but the state of mental ill-health seems only to worsen.

The organizers of International Youth Day should use this opportunity to condemn the medicalization of teen angst and behavioral problems, and demand accountability for all the money governments have already spent on mental health programs that have clearly failed. The priority must be funding workable, non-harmful programs that can help achieve a brighter future for teens and generations to come.

[14] Christopher Lane, “The NIMH Withdraws Support for DSM-5: The latest development is a humiliating blow to the APA,” Psychology Today, 4 May 2013, https://www.psychologytoday.com/us/blog/side-effects/201305/the-nimh-withdraws-support-dsm-5; https://www.treatmentadvocacycenter.org/fixing-the-system/features-and-news/2308-the-dsm-a-dictionary-not-a-bible

[22] “Inside Britain’s antidepressant crisis as doctors dish out pills in record numbers,” The Sun, 17 July 2022, https://www.thesun.co.uk/health/19223372/pills-epidemic-antidepressant-crisis-prescription-8-3million/