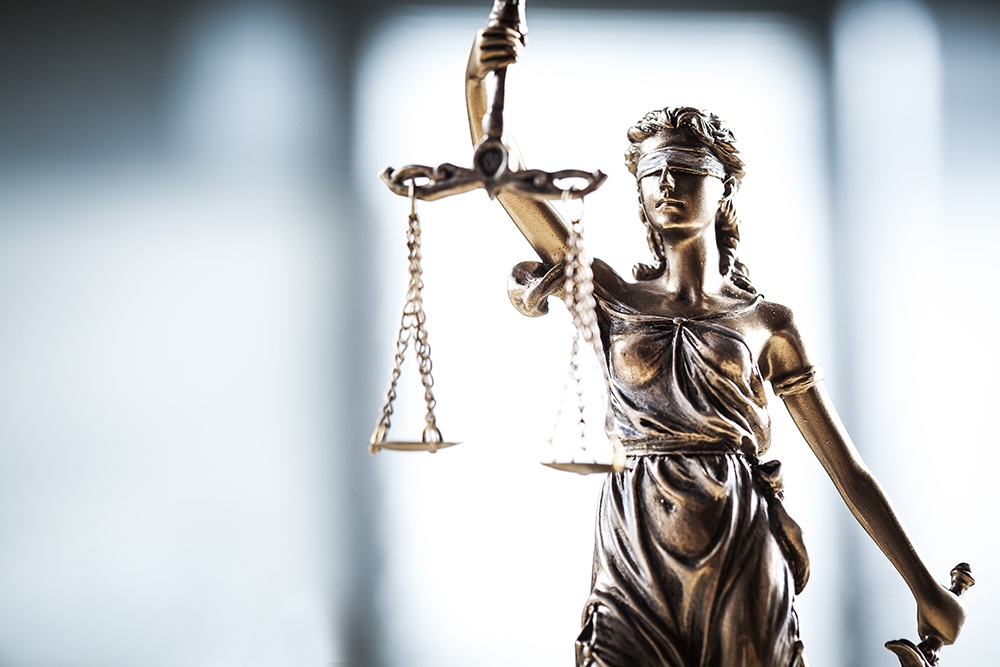 “The Lake Alice scandal highlights the tenacity and courage of a group of former patients to fight for justice and for the recognition that psychiatric abuse and torture is never ‘therapy.’ CCHR is right alongside them.”

“When I left Lake Alice, I promised, I’m going to get these bastards back and today was reckoning day. Today we kicked ass,” says former child victim electroshocked. After months of police investigation, evidence confirms psychiatrists’ abuse was criminal “willful ill-treatment of a child.” Survivors vindicated after 45 years.

In a precedent setting and long-awaited move, New Zealand police charged a former staff member of the country’s Lake Alice psychiatric hospital with willful ill-treatment of a child.[1] Hundreds of children were subjected to electroshock without anesthetic and injected with paraldehyde (a drug which caused extreme pain) as punishment for minor misdeeds.[2] Mike Ferriss, the executive director of Citizens Commission on Human Rights in New Zealand, the group that fought alongside victims for 45 years to see justice served, said that this shows psychiatrists’ cruel “treatments” can be subject to criminal accountability with no statutes of limitation. The conclusion of the police investigation is “momentous, no question about it. It vindicates everything that survivors had been saying,” he said.[3]

Operation Lake Alice, the police investigation into allegations of ill-treatment involving children and young people at Lake Alice in the 1970s, also found sufficient criminal evidence to charge two others, including the former chief psychiatrist, Selwyn Leeks. However, the charges can’t be pursued as these two are medically unfit to stand trial. Evidence was also found against other former staff who are dead.[4]

On Tuesday, December 14th 2021, a former staffer, aged 89, was charged over injecting children with the powerful sedative, paraldehyde, at Lake Alice in the 1970s and pleaded not guilty before the Whanganui District Court to eight charges of ill-treating children. He was charged with having the custody, control or charge of children under the age of 16 and administering paraldehyde as punishment. One alleged incident involved a boy who was “enjoying himself too much, laughing and having jokes,” while another boy received an injection after calling the defendant “a bastard.” The ill-treatment charges have a maximum penalty of 10 years’ jail.[5]

Leeks, the now 92-year-old former child psychiatrist, cannot be tried because he has dementia. He was in charge of the adolescent unit at Lake Alice between 1972 and 1978 and was the subject of numerous allegations of abuse and torture for decades, particularly the use of electric shocks on children as punishment, including to their genitals, and sexual abuse by adult patients and staff.[6] Ferriss said: “It was important that the police said they had enough evidence to charge Leeks, and the survivors would like to know what charges he would have faced… For them it would have added weight to the closing of this sad and sorry event.”[7]

Paul Zentveld was admitted to the Unit five times between 1974 and 1977. He was 13 when he received his first electroshocks by Leeks. Assisted by CCHR, Zentveld took the matter to the United Nations Committee Against Torture. “When I left Lake Alice, I promised, I’m going to get these bastards back and today was reckoning day. Today we kicked ass. Thank you, police, and about time, you’ve done your job properly,” he told a Newshub TV reporter.[8]

Two years ago, the UN upheld Zentveld’s complaint finding that the New Zealand State had not conducted a thorough investigation and was in breach of the UN’s Convention Against Torture.[9]

The State responded with a new police investigation and a case study into Lake Alice by the Royal Commission of Inquiry into Abuse in Care.

CCHR had first exposed the abuse of children at Lake Alice in early 1976 which, along with the work by the Auckland Committee on Racism and Discrimination (ACORD), lead to the first inquiries into the allegations that electroshocks and drugs were used as punishment against the children in the unit.[10] These early investigations failed to find any wrongdoing, but CCHR continued to gather statements from survivors. By 2002 over 200 survivors had come forward with evidence of torture and abuse by Leeks and staff at the children’s psychiatric unit.

In their case study of Lake Alice, the Royal Commission examined all of the 200 survivor statements, medical records and thousands of documents turned over to them by the Ministry of Health, Social Welfare, Education and Police.

In June 2021 the Commission held a two-week hearing into the alleged torture at Lake Alice and egregious failure of government agencies, police and medical and psychiatric bodies, to both stop the abuse and believe and act on behalf of children.

Nineteen of the Lake Alice survivors gave evidence at the hearing, with many of them testifying being electrocuted as punishment for minor misbehavior. Others alleged that Leeks had them, electrocute another child as a form of retribution, which Leeks claimed was part of their therapy. Speaking to the Commission, expert witness Dr. Barry Parsonson likened the alleged practices to those used by “state organs of terror, namely the Gestapo is a good example.”

Detective Superintendent Tom Fitzgerald said the conclusion of the police investigation was an important milestone for complainants, which was why police first shared the news with them before a public release. “Police acknowledge the enormous impact these events have had on the lives of those former patients who were children and young people at Lake Alice in the 1970s, and the frustration of those who have been waiting for us to complete this investigation,” Fitzgerald said.[11]

Ferriss added that while the charges being laid had taken far too long, it vindicates the effort to get recognition that “what happened there was criminal. It begs the question of why this did not happen earlier. Survivors always knew it was criminal.”[12]

The answer to that question lies predominantly in psychiatry’s court, as Leeks and colleagues defended the repeated violent assault on and punishment of children as necessary “therapy.” When Leeks was questioned by police in 1977, he told them that the “treatment” was necessary because the children were “feral and psychotic and were future murderers and thieves.”[13]

Journalist Aaron Smale addressed how Lake Alice was previously the subject of police investigations in 1977 and between 2002 and 2010. In both those investigations, the police said there was not enough evidence to lay charges. However, the UN’s finding caused the police to open a third investigation.[14]

Another journalist, David Williams, detailed the shameful history of the Lake Alice police investigations, explaining this:

All this from a psychiatrist, who while Director of Porirua Mental Hospital in 1955 told media that psychiatry had entered “an era which has seen a new scientific and sympathetic approach to the whole problem of mental health.” That “sympathetic” approach McLachlan espoused to included “electrotherapy” and pre-frontal lobotomies.[16]

McLachlan’s memo to the police also showed how he, Leeks, and a solicitor for the Medical Defense Union, were at a Penal Cases Committee of the Medical Council hearing on 23 November 1977 along with Medical Council staff. Leeks was facing allegations from a 19-year-old man who was still dealing with his Lake Alice ordeal and trauma and had filed a complaint against the psychiatrist, with charges laid of improper use of an ECT machine. The allegation was that Leeks had had four or five boys shock another boy. However, the psychiatrists’ apparent mutual agreement to dispel this as anything other than therapeutic meant the case was dismissed.[18]

In 2005, mid-investigation, police declared to the NZ Herald that there was “no proof of abuse” by Leeks, and therefore no requirement or authority to seek his extradition from Australia where he had moved following the shutdown of the Lake Alice torture ward.[19] Zentveld told the paper at the time: “Let them turn us down at the moment but we aren’t going away… Justice will be served one day.” He told Newsroom: “We haven’t finished. I will be at every trial; I’ll be finishing this off.”[20]

“Former Lake Alice residents, failed as children, often found themselves, as adults, fighting for justice against a well-resourced, inflexible system geared more towards protecting itself. The many investigations and inquiries – including two previous probes by police – often ended up fizzling out in disappointment,” Williams wrote.[21]

Leeks’ lawyer, Hayden Rattray, argued at the Royal Commission that natural justice should prevent the Commission from making adverse findings against his client because of his dementia. The Royal Commission rejected that argument, saying Leeks had ample opportunity over decades to respond to the allegations.[22]

Rattray suggested the cognitive decline of Leeks meant there can’t be findings made against him out of fairness and issues of natural justice. But Commission chair Coral Shaw said all reasonable steps had been taken to ensure he was aware of the proposed findings, and he has had an opportunity to respond, through his lawyer. “The inquiry has taken into account all of Dr. Leeks’ previous responses and explanations and has done all it can to ensure that Dr Leeks’ perspective is taken into account.”

Ferriss turned the tables on Rattray’s idea of fairness and was quoted in the media saying: “Dr. Leeks certainly didn’t apply any rules of fairness to the children in his care at Lake Alice—they weren’t afforded any right to object to and refuse ‘treatment.’” Leeks has always maintained he was practicing psychiatry at Lake Alice, Ferriss added, “I can’t see that he would have put forward any other kind of defense, even if he could have stood in front of the Royal Commission… or adding anything new to what he’s already said.”

CCHR believes the Royal Commission will find the abuse at Lake Alice was criminal. “Speaking on behalf of our group, but also many of the survivors, they have quite some gratitude to the Commission for what took place in their hearing and their investigations. It’s very worthwhile,” Ferriss said.[23]

It is also hoped that the victims are properly compensated.  In 2001, there was a government apology to survivors made by the Prime Minister of New Zealand, and the government paid millions of dollars to victims to settle lawsuits. But accountability was nowhere to be found.[24]

Recent evidence came to light that NZ’s Treasury had actually earmarked $132 million for abused Lake Alice patients, but only paid $13 million.[25] That was ten times what was paid out to about 200 survivors.[26]  Yet another example of injustice.

CCHR has long fought alongside victims of psychiatric crime to have their abuses recognized before criminal courts. Media and other investigations have also contributed to appropriate criminal actions being filed.

Psychological and physical torture could best describe what happened at Lake Alice. One thing is for sure: the Lake Alice scandal highlights the tenacity and courage of a group of former patients to fight for justice and for the recognition that psychiatric abuse and torture is never “therapy.” CCHR is right alongside them. As the NZ Royal Commission chair, Judge Coral Shaw, said, “I think it’s important that the Commission acknowledges CCHR and the extraordinary efforts that it has gone to since the 70s to keep this flame alive on behalf of the survivors. It’s been an extraordinary effort.”[35]

CCHR will continue its efforts until all patients in the mental health system have equal rights and it is legally recognized that assault is assault, torture is torture and not therapy. No mental health legislation should excuse criminal culpability for treatment abuse of patients.

[7] “Charges Against Former Lake Alice Staff ‘Better Than Nothing’, Says Survivor,” The US Express, 8 Dec. 2021, https://www.theusexpressnews.com/charges-against-former-lake-alice-staff-better-than-nothing-says-survivor/