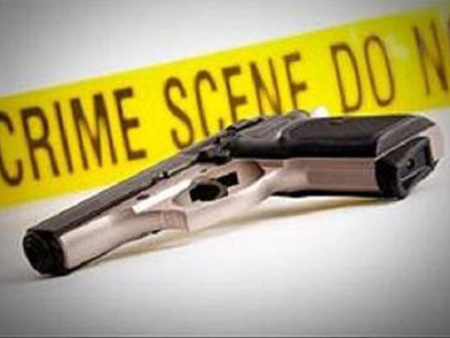 “From research done by my organization [Citizens Commission on Human Rights], let me dispel the mystery as to why these mass shootings continue in a seemingly epidemic proportion. It’s time to connect the dots between psychiatric drugs and violence and suicide.”

According to news sources, since the shootings at Sandy Hook Elementary School in Connecticut, there have been anywhere from 50 to 74 additional school shootings (depending on how they are counted). The numerous theories attempting to explain these can leave the average person shaking his head in despair and confusion.

From research done by my organization [Citizens Commission on Human Rights], let me dispel the mystery as to why these mass shootings continue in a seemingly epidemic proportion. It’s time to connect the dots between psychiatric drugs and violence and suicide.

Harvard University’s Dr. Joseph Glenmullen warned that antidepressants could explain the rash of school shootings and mass suicides over the last decade. People taking them feel like jumping out of their skin. They cause irritability and impulsivity that can make people suicidal and homicidal.

Nine out of 10 children who are seen by a psychiatrist are prescribed dangerous mind-altering drugs for attention deficit disorder, depression, anxiety, etc. Yet there are 286 drug regulatory warnings citing the dangerous and life-threatening side effects of these psychiatric drugs to children.

At least 34 school shootings and/or school-related acts of violence have been committed by those taking or withdrawing from psychiatric drugs, resulting in 162 wounded and 72 killed.

I’ve been surveying parents here in New Mexico and found there is tremendous societal pressure to put their children on psychiatric drugs. Not a single one of these parents I surveyed was aware of the horrific side effects. I also found that parents are not told by the psychiatrist that there are non-drug alternatives to handle behavioral problems. Now we have nearly 20 million children on these clearly dangerous drugs. I know parents, for the most part, do not know what to do when their child is misbehaving and they are told by school personnel that they should have their child seen by a psychiatrist. Alternatives are rarely suggested to these parents.

Read the rest of the article here: http://www.santafenewmexican.com/opinion/my_view/commentary-school-shootings-mystery-connect-the-dots/article_ba55b63a-ddc1-5df6-8015-330f6acd3233.html