In light of a long list of mass shootings over the past several years, the causative role of psychiatric drugs in violent events will undoubtedly have to be evaluated and addressed at some point. Personally, I’d vote for sooner, rather than later.

Antidepressants in particular have a well-established history of causing violent side effects, including suicide and homicide.  In a recent Scientific American1 article, the author states:

“Once again, antidepressants have been linked to an episode of horrific violence. The New York Times2 reports that Aaron Alexis, who allegedly shot 12 people to death at a Navy facility in Washington, DC, earlier this week, received a prescription for the antidepressant trazodone3 in August.”

The drug in question, trazodone, has been associated with:4

“New or worsening depression; thinking about harming or killing yourself, or planning or trying to do so; extreme worry; agitation; panic attacks; difficulty falling asleep or staying asleep; aggressive behavior; irritability; acting without thinking; severe restlessness; and frenzied abnormal excitement.”

The naval yard shooting is just the latest event to bring questions about prescription medications to the fore, but it bears noting that in this particular case no evidence has yet been released confirming that the shooter had the drug in his system at the time of the massacre.

Still, questions about the safety, or lack thereof, of antidepressants and other psychiatric drugs really need to be addressed regardless of whether they were instrumental in this particular case. Just last year, a Canadian judge ruled that a teenage boy murdered his friend because of the effects of Prozac.

When will such side effects be taken seriously? Just how many people have to kill themselves or others before a drug is considered too dangerous to prescribe?

In a paper titled: Antidepressants and Violence: Problems at the Interface of Medicine and Law,5 David Healy, a British professor of psychiatry at Cardiff University and an authority on side effects of psychiatric drugs, writes:

“Legal systems are likely to continue to be faced with cases of violence associated with the use of psychotropic drugs, and it may fall to the courts to demand access to currently unavailable data. The problem is international and calls for an international response.”

Potential Side Effects of Antidepressants = Violence and Worsened Depression 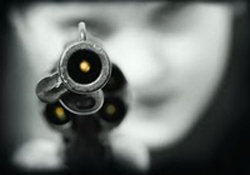 In 2004, the US Food and Drug Administration (FDA) revised6 the labeling requirements for antidepressant medications (SSRI’s and others), warning that:

“Antidepressants increased the risk compared to placebo of suicidal thinking and behavior (suicidality) in children, adolescents, and young adults in short-term studies of major depressive disorder (MDD) and other psychiatric disorders.

Anyone considering the use of [Insert established name] or any other antidepressant in a child, adolescent, or young adult must balance this risk with the clinical need.”

These labeling revisions were in large part driven by lawsuits, in which pharmaceutical companies were forced to reveal previously undisclosed drug data. For example, a civil lawsuit filed in 20047 charged GlaxoSmithKline (GSK) with fraud, claiming the drug manufacturer hid results from studies on Paxil showing the drug did not work in adolescents and in some cases led to suicidal ideation. Rather than warning doctors of such potential side effects, GSK actually encouraged them to prescribe the drug to teens and children.

According to drugwatch.com,8 GSK has agreed to pay out more than $1 billion to settle more than 800 different lawsuits related to Paxil—and that’s over and above the $3 billion it agreed to pay to settle the Department of Justice’s investigation into illegal marketing of Paxil and other drugs!

In an effort to gather the necessary data on adverse side effects, Healy and other health-care experts have formed an organization called RxISK.9 It’s a free, independent website where patients, doctors and pharmacists can report side effects and research prescription drugs of all kinds. I’d encourage you to bookmark it and refer to it when needed.

Antidepressants and ADHD Drugs Top List of Most Violence-Inducing Drugs 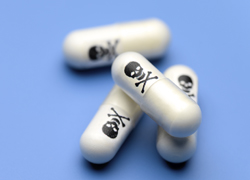 Please note that antidepressants are not the only type of drugs associated with violent, homicidal behavior, but they are among the most common suspects. A study10 by the Institute of Safe Medication Practices published in 2010 identified no less than 31 commonly-prescribed drugs that are disproportionately associated with cases of violent acts. Topping the list is the quit-smoking drug Chantix, followed by Prozac and Paxil, and drugs used to treat ADHD.

The data was collected from the FDA’s Adverse Event Reporting System (VAERS), and it’s well worth noting here that only an estimated one to 10 percent of all side effects are ever reported to VAERS, so the fact that more than 1,500 violent acts were actually reported as being linked to any given drug is pretty amazing. The vast majority of side effects, regardless of what they are, are typically blamed on something else and connections are brushed aside as “coincidental.”

In all, five of the top 10 most violence-inducing drugs were found to be antidepressants:

According to professor Healy, a study by the Drug Safety Research Unit in Southampton showed that one in every 250 subjects taking Paxil or Prozac were involved in a violent episode. In a study group of 25,000 people, this included 31 assaults and one homicide.

“Another study involving more than 9,000 subjects taking the antidepressant paroxetine (Paxil) for depression and other disorders showed that subjects experienced more than twice as many “hostility events” as subjects taking a placebo.”

… Healy suspects that the main causal factor behind suicide and violence toward others is increased mental and/or physical agitation, which leads about five percent of subjects taking antidepressants to drop out of clinical trials, compared to only 0.5 percent of people on placebos.”

Another two in that top 10 list of violence-promoting drugs are commonly-prescribed ADHD medications (including Strattera). When you consider that antidepressants and ADHD drugs are among the most prescribed types of drugs13 in the US, the fact that so many of them are linked to increased rates of violence should be cause for pause.

Besides an increased risk of violent episodes, ADHD drugs such as Ritalin, Vyvanse, Strattera, and Adderall (and their generic equivalents) are also responsible for nearly 23,000 emergency room visits annually, as of 2011 statistics. Over a mere six-year span, there’s been a 400 percent increase in ER visits due to side effects of these drugs.  Read the rest of the article here:  http://articles.mercola.com/sites/articles/archive/2013/10/03/antidepressant-side-effects.aspx#_edn4