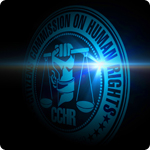 In 2017, Dr. Dainius Pūras, the United Nations Special Rapporteur on the right to health,  called for a revolution in mental health care around the world to “end decades of neglect, abuse and violence,” and stating “ There is now unequivocal evidence of the failures of a system that relies too heavily on the biomedical model of mental health services, including the front-line and excessive use of psychotropic medicines, and yet these models persist.”

Human rights include the right to one’s own mind, and to protect oneself and one’s loved ones against any abusive or harmful “treatments” given under the guise of mental health. Every man, woman and child is entitled to the fundamental human rights set forth in this Mental Health Declaration of Human Rights, regardless of race, political ideology, religious, cultural or social beliefs.    Given the fact that virtually no human or civil rights to protect citizens from mental health abuses, it is vital that the following rights be recognized and that all countries adopt this Declaration.

A. The right to full informed consent,  including:

2. Full disclosure of all documented risks of any proposed drug or mental “treatment.”

3. The right to be informed of all available medical treatments which do not involve the administration of a psychiatric drug or treatment.

4. The right to refuse psychiatric drugs documented by international drug regulatory agencies to be harmful and potentially lethal.

5.  The right to refuse to undergo electroshock or psycho-surgery.

B. No person shall be forced to undergo any psychiatric or psychological treatment against his or her will.

C. No person, man, woman or child, may be denied his or her personal liberty by reason of mental illness, without a fair jury trial by laymen and with proper legal representation.

D. No person shall be admitted to or held in a psychiatric institution, hospital or facility because of their political, religious or cultural or social beliefs and practices.

E. Any patient has:

1. The right to be treated with dignity as a human being;

2. The right to hospital amenities without distinction as to race, color, sex, language, religion, political opinion, social origin or status by right of birth or property.

3. The right to have a thorough, physical and clinical examination by a competent registered general practitioner of one’s choice, to ensure that one’s mental condition is not caused by any undetected and untreated physical illness, injury or defect, and the right to seek a second medical opinion of one’s choice.

4. The right to fully equipped medical facilities and appropriately trained medical staff in hospitals, so that competent physical, clinical examinations can be performed.

5. The right to choose the kind or type of therapy to be employed, and the right to discuss this with a general practitioner, healer or minister of one’s choice.

6. The right to have all the side effects of any offered treatment made clear and understandable to the patient, in written form and in the patient’s native language.

7. The right to accept or refuse treatment but in particular, the right to refuse sterilization, electroshock treatment, insulin shock, lobotomy (or any other psychosurgical brain operation), aversion therapy, narcotherapy, deep sleep therapy and any drugs producing unwanted side effects.

8. The right to make official complaints, without reprisal, to an independent board which is composed of non-psychiatric personnel, lawyers and lay people. Complaints may encompass any torturous, cruel, inhuman or degrading treatment or punishment received while under psychiatric care.

9. The right to have private counsel with a legal advisor and to take legal action.

10. The right to discharge oneself at any time and to be discharged without restriction, having committed no offense.

11. The right to manage one’s own property and affairs with a legal advisor, if necessary, or if deemed incompetent by a court of law, to have a State appointed executor to manage such until one is adjudicated competent. Such executor is accountable to the patient’s next of kin, or legal advisor or guardian.

12. The right to see and possess one’s hospital records and to take legal action with regard to any false information contained therein which may be damaging to one’s reputation.

13. The right to take criminal action, with the full assistance of law enforcement agents, against any psychiatrist, psychologist or hospital staff for any abuse, false imprisonment, assault from treatment, sexual abuse or rape, or any violation of mental health or other law. And the right to a mental health law that does not indemnify or modify the penalties for criminal, abusive or negligent treatment of patients committed by any psychiatrist, psychologist or hospital staff.

14. The right to sue psychiatrists, their associations and colleges, the institution, or staff for unlawful detention, false reports, or damaging treatment.

15. The right to work or to refuse to work, and the right to receive just compensation on a pay-scale comparable to union or state/national wages for similar work, for any work performed while hospitalized.

17. The right to receive visitors and a minister of one’s own faith.

18. The right to make and receive telephone calls and the right to privacy with regard to all personal correspondence to and from anyone.

19. The right to freely associate or not with any group or person in a psychiatric institution, hospital or facility.

20. The right to a safe environment without having in the environment, persons placed there for criminal reasons.

21. The right to be with others of one’s own age group.

22. The right to wear personal clothing, to have personal effects and to have a secure place in which to keep them.

23. The right to daily physical exercise in the open.

24. The right to a proper diet and nutrition and to three meals a day.

25. The right to hygienic conditions and non-overcrowded facilities, and to sufficient, undisturbed leisure and rest.