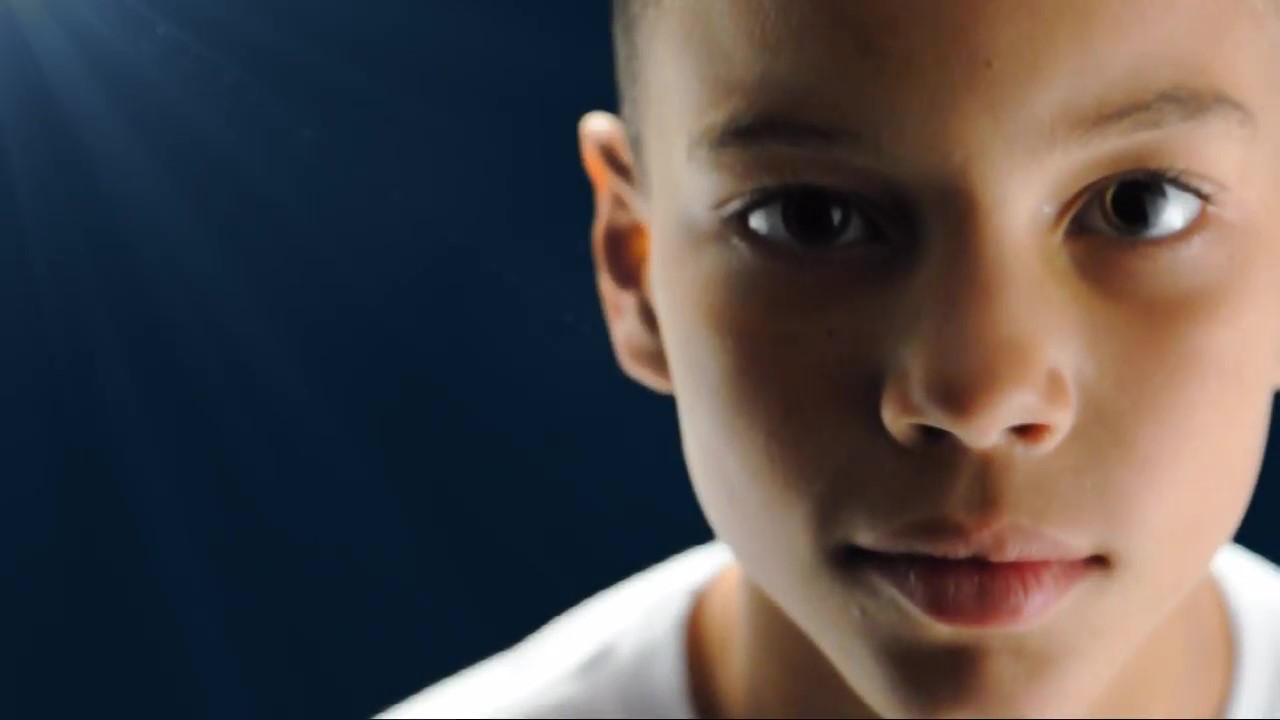 “CCHR educates, empowers, and enlightens and has had our backs by providing necessary facts, statistics, and experts. I would not be adequately equipped to challenge the technicality of [psychiatric] misinformation without your support. These legal fights can't be won without CCHR….” – Allison Folmar, Attorney

The mental health industry watchdog, CCHR, celebrates its 20-year Fight For Kids campaign for children’s rights against psychiatric labeling and drugging, the decline in children prescribed psychotropic drugs, and other protections

November marks the 20th anniversary of the Fight For Kids (FFK) campaign launched by the mental health industry watchdog Citizens Commission on Human Rights International (CCHR)—the longest-running campaign against coercive psychiatric treatment, including drugging of children in U.S. history. In 2002, CCHR documented how parents were being forced to give their children psychiatric drugs as a condition of attending school or else face charges of medical neglect. CCHR took the issue to state and federal levels, testifying before legislatures and obtaining Congressional hearings into the issue. As a direct result of this public awareness campaign, there are now 16 state laws and the federal Prohibition on Mandatory Medication amendment, which in some way prohibit the forced or coercive drugging of children, especially through schools.[1]

Prior to 2002, there were about 8 million American children on psychiatric drugs. Children 5 years old and younger had become the fastest-growing segment of the non-adult population prescribed antidepressants.[2] The drugging of children with stimulants was so abusive that a Michigan legislator called Ritalin use among schoolchildren “a cultural practice.” Children were expected to “Say No to Drugs” but “Yes” to Ritalin—a prescription drug the Drug Enforcement Administration says is more potent than cocaine.[3] They were prescribed it for Attention Deficit Hyperactivity Disorder (ADHD), for which there is not a single medical test to confirm its validity as a “disease” or “disorder” and for which psychiatrists could not establish any etiology.

It was pivotal, then, that a “Fight For Kids” campaign be launched to protect children from coercive psychiatric labeling, drugging and electroshock. This spanned many areas, including the education, foster care, and juvenile detention systems.

There have been significant billions of dollars spent on the advertising and marketing of psychotropic drugs, for which a return is expected of increased numbers of children and adolescents taking drugs that can have serious adverse effects, including suicide and violence.

Against this vested interest monopoly, from CCHR’s headquarters in Los Angeles, the FFK campaign has worked on issues that have helped scores of parents.

Since 2015, provided more than 7,000 state legislators each year with educational information on electroshock treatment abuse; school shooters influenced by psychiatric drugs known to induce violent and suicidal behavior; and the restraint and sexual abuse of children in for-profit psychiatric facilities, now referred to as “the troubled teen industry,” calling for criminal accountability. Legislators have responded to alarming reports of child abuse.

“CCHR is a shining example of what people can accomplish in a free society. Through united action, effective education, and advocacy, CCHR has helped to bring about critically needed healthcare reforms that make our society and country a better place.”

Of this time, Sheila Matthews, Vice President of ABLECHILD, said:

“CCHR’s value to the legislators and Washington DC is unbelievable and it has to be done because children are dying and there has to be accountability. That’s what CCHR is doing—holding people accountable and trying to provide justice to the children who have been victimized by the psychiatric labels and drugs.”

In response, Beth Clay, a former Senior Professional Staff member on the Subcommittee on Human Rights and Wellness in the Committee of Government Reform in the U.S. House of Representatives stated:

“It’s amazing how people in this country and around the world don’t understand how young and how often children are being given Schedule II psychotropic drugs…. CCHR has done a tremendous job in getting the word out about these abuses…. The most important impact CCHR has made was the increased awareness on Capitol Hill of this issue—that we are forcing medication through schools.”

Beverly Eakman, former President of the U.S. National Education Consortium and author of Cloning of the American Mind, pointed to the formidable obstacles that CCHR had to overcome:

“CCHR is the only organization that’s playing hardball against the psychiatric cartel. They were the first to seriously spearhead an actual movement against it. They have steadfastly insisted on the individual’s constitutional right to freedom of conscience and worked tirelessly to protect the rights of all parents to direct the education and upbringing of their children.”

A U.S. Congressional Recognition applauded CCHR’s work, acknowledging CCHR “for its longstanding commitment to advancing the fundamental freedoms set forth in the Universal Declaration of Human Rights and the Nuremberg Code. CCHR serves as a stellar example of the united power of individuals who achieve reform through dedicated efforts to better society and effective education and advocacy. We recognize CCHR for the many great reforms it has championed, which today protect individuals against cruel, inhumane and degrading treatment and for its leadership role in raising public awareness so that dignity and human rights can be returned to all men.”

“Unfortunately, what these drugs do is they tell those really important emotions to ‘shut up.’ And when you shut those down, you lose a basic part of your humanity. Particularly, you lose a connection to yourself and you lose a connection to other people and you lose your vulnerability. You lose out, most importantly, on what is the essential human experience, which is love. If you can’t love all of that unattractive stuff, you’re not going to be able to love it in a child…and you have to do it, and that is the only way this stuff is going to change.” Further, “I really believe that the kind of service that CCHR does is the best kind of service…You’re telling them things they don’t want to hear, you’re making them feel things they don’t want to feel. To me, that is the greatest service you can give.”

Prof. Dr. Lothar Krappmann, former member of the UN Committee on the Rights of the Child, stated:

“CCHR provided solid, comprehensive and enlightening information on mental health issues with a strong focus on children…. The UN Committee paid much attention to children’s treatment with psychiatric drugs, in particular to the enormous increase of such medication in many countries not only in Europe. CCHR gives information on alternatives and insists on informed consent. This demonstrates that work of the CCHR is clearly child rights based. The chapters in a lot of countries have impact on the political debates and legislation.”

“I went online and started looking for any law that I could take to court and say you are violating my son’s rights as a human being. I found CCHR and emailed them and they called me back right away! Every single person I talked to at CCHR went so far above and beyond to help me, anything I needed they were there. I went back to court and I won!”[17] — Caroline, Mother

“I sincerely want to thank the people at CCHR for the opportunity to take full control of my daughter’s destiny, health and freedom. Words cannot describe the peace of mind you have given me, knowing there are people like you fighting for all of us. You saved my daughter’s life.” — Felix, Father

In 2017, Sonya Muhammad, a former counselor and social worker who worked in the Los Angeles foster care system stated that 10 years earlier:

“I was introduced to CCHR, who was the first to show interest regarding my concerns about the rampant psychotropic drugging of foster youth. I have always felt free to say in their presence, that I see these practices of administering dangerous drugs to children, as a careless, selfish, and criminal offense against precious young lives, which have no voice and no power.” The FFK actions are a “phenomenal effort to save the minds and lives of thousands of children both nationally and internationally. Thank you CCHR for your courage, commitment, your leadership, and diligence.”[22]

“CCHR educates, empowers, and enlightens and has had our backs by providing necessary facts, statistics, and experts. I would not be adequately equipped to challenge the technicality of [psychiatric] misinformation without your support. These legal fights can’t be won without CCHR….”

“It was a fierce battle trying to free my son from the psychiatric facility. CCHR was the only group willing to help. Thanks to the staff at CCHR, my son is home.”[23] — Thomas, Father

Dr. Toby Watson, a clinical psychologist from Wisconsin, former Chief Psychologist for the Wisconsin Department of Corrections, and past Executive Director of the International Society of Ethical Psychology and Psychiatry (ISEPP), commented that CCHR “does incredible work fighting for not only our society and our children, but our children’s children.… I look forward to the day we stop diagnosing childhood as a mental illness.”[26]

In 2017, U.S. Constitutional attorney Jonathon W. Emord, who challenged the FDA on its classification ruling for ECT devices, stated:

“ECT devices are a throw-back to an age of primitive torture, of ignorance and barbarism, where bludgeoning those with depression and psychoses into a lack of consciousness and awareness was considered therapeutic. This past year CCHR has done more than any other organization to fight against FDA’s indefensible proposal to make Electroshock Therapy devices far more available for psychiatric use, a move that would expand the horrors and compound the problems facing patients in need…. Electroshock must be banned.”[30]

As an ongoing part of the campaign, a Fight For Kids website, also available in Spanish, was produced to provide parents, teachers, and legislators with a resource on existing and needed protections against the psychiatric labeling and drugging/electroshocking of children.