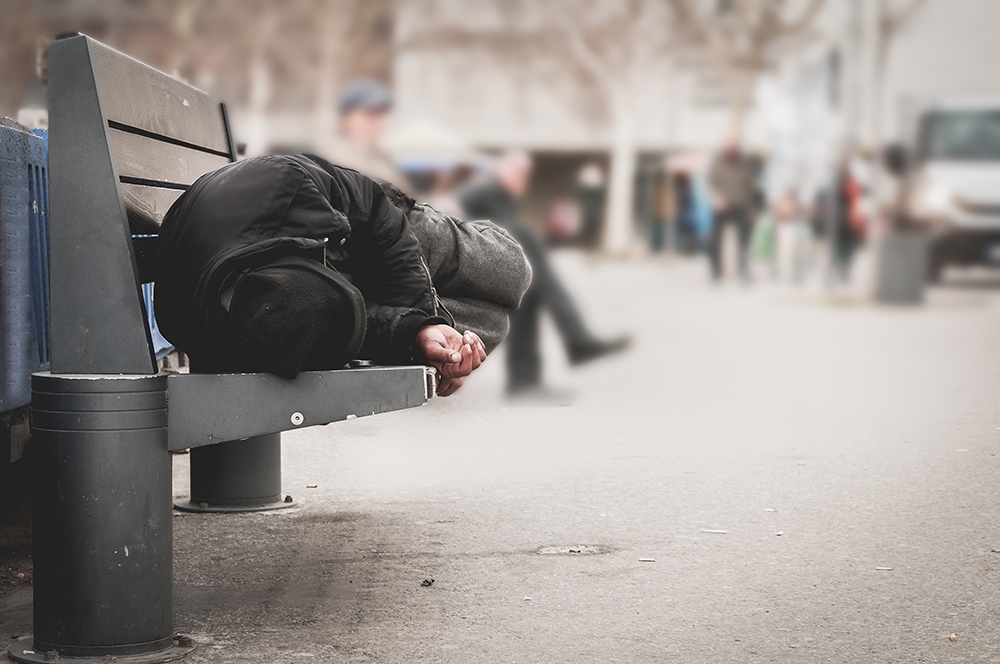 “This is the most controversial intervention in mental health—you’re deprived of liberty, can be traumatized and then stigmatized.” – David Cohen, professor of social welfare at the Luskin School

Watchdog group, CCHR, has documented a more than 50-year failure of community mental health programs that caused homelessness yet they are now being relied upon to get the homeless off the streets.

With current moves to increase mental health funding to provide treatment to the homeless, the mental health industry watchdog, Citizens Commission on Human Rights International warns this could reinforce a failed “community mental health” (CMH) program from the 1960s that was a source of massive homelessness throughout the country. Reinforced today, it could lead to huge increases in the homeless being sedated with powerful psychotropics, worsening their situation, or their being involuntarily committed to psychiatric institutions.

CMH was initially based almost entirely on the development of neuroleptic drugs, where patients were released from psychiatric institutions onto the streets dependent, especially, on antipsychotics. Claimed to liberate patients from institutional harm, instead, they made them less able to deal with their circumstances.[1]

Author Peter Shrag wrote that the program meant neuroleptic drugs “were being prescribed outside hospitals to keep some three to four million people medicated full-time—roughly ten times the number” of those in psychiatric institutions.[2] The medications came with debilitating risks.

Bioethicist Carl Elliott, in an article titled, “The Best-Selling, Billion Dollar Pills Tested on Homeless People,” says neuroleptics cause “tardive dyskinesia, a writhing, twitching motion of the mouth and tongue that can be permanent.”[3] A patient survey of those taking neuroleptics found 90% felt depressed, 88% felt sedated, and 78% complained of poor concentration.[4] Force the homeless onto these drugs and we could see diabolical abuse of this vulnerable group.

Elliot found that homeless populations have been used as participants in phase 1 clinical drug trials.[5] He states, “Many of the drugs that have been tested on the homeless are antipsychotics.”[6]

The U.S. Department of Veterans Affairs is the largest provider of homeless services. Using national VA administrative data in 2017 it revealed high rates of antipsychotic prescriptions for homeless veterans.[7]

Providing housing and jobs for the homeless is a priority and the most altruistic approach. However, CCHR says it needs to be ensured that housing is not used to enforce compliance to taking psychotropic drugs. Failure to take them could result in enforced admission to a psychiatric institution. The rate at which Americans are already held against their will and forced to undergo mental health evaluations and state-ordered confinement—lasting anywhere from a few days to years—has risen sharply over the past decade, according to a November 2020 study by researchers at the UCLA Luskin School of Public Affairs.[8]

Involuntary psychiatric detentions outpaced population growth by a rate 3 to 1 on average in recent years. “This is the most controversial intervention in mental health—you’re deprived of liberty, can be traumatized and then stigmatized,” said David Cohen, a professor of social welfare at the Luskin School, who led the research.[9]

An added problem is that the homeless prescribed antipsychotics may suddenly stop taking them unaware that this can cause serious withdrawal effects.[10] They induce long-lasting changes to nerve cells in the brain and need to be withdrawn very slowly.[11]

John Read, Ph.D. writing in Psychology Today in April of 2021 said a survey of antipsychotic uses (the largest to date—from 30 countries) found that 65% reported withdrawal effects when trying to stop and that 51% of these described their withdrawal effects as “severe.”[12]

The UK Council for Evidence-Based Psychiatry has determined: “Withdrawal from psychiatric drugs can be disabling and can cause a range of severe physical and psychological effects which often last for months and sometimes years….” [Emphasis added][13]

In January 2022, California announced $1.1 billion to be given to keep vulnerable individuals “off the streets” and provide them the mental health housing and treatment—part of a $14 billion homelessness package.

Since being implemented, the federal CMHC budget soared more than 160% from $143 million in 1969 to a projected $372 million in 2025. Medicaid plans to now spend $7.5 billion toward expanding community behavioral health services over the next 10 fiscal years.[14]

CCHR’s co-founder, the late Dr. Thomas Szasz, Professor of Psychiatry Emeritus, warned that CMHCs were touted as “providing the least restrictive setting for delivering the best available mental health services. Such were the claims of psychiatrists to justify the policy of forcibly drugging and relocating their hospitalized patients. It sounded grand. Unfortunately, it was a lie.”[15] The bottom line he pointed out, was that psychiatrists were the last people to turn to solve the problem of our homeless.[16]

CCHR says this is a lesson that policy makers need to take heed of when implementing programs to help the homeless and ensure funds are expended on what provenly helps.

[5] “Exploitation of Homeless Populations in Phase One Drug Trials,” The ethics and society blog, 9 July 2020, https://ethicsandsociety.org/2020/07/09/exploitation-of-homeless-populations-in-phase-one-drug-trials/

[13] “Withdrawal from psychiatric drugs can be disabling and can cause a range of severe physical and psychological effects….,” Council for Evidence-Based Psychiatry, 15 Mar. 2015, https://ravimid.files.wordpress.com/2015/02/psychiatric-drug-withdrawal-can-be-disabling-010314-1.pdf