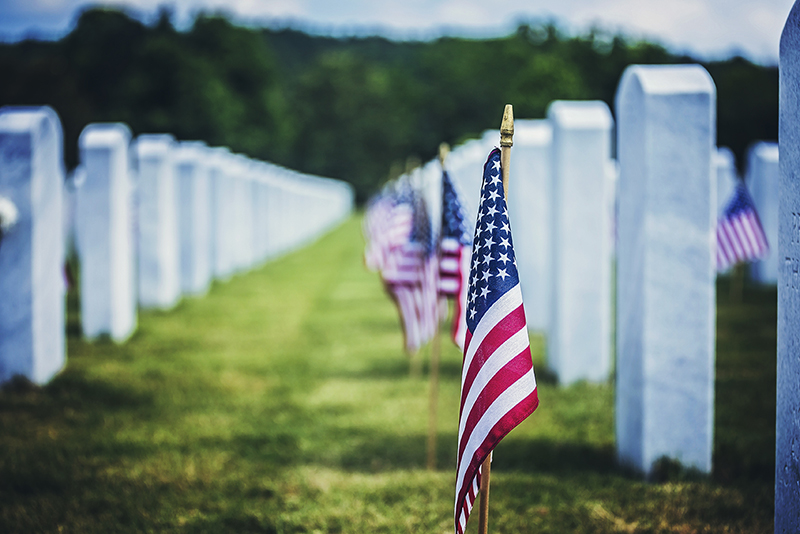 “Memorial Day is this nation’s opportunity to remember those who have courageously served on the front lines and made profound sacrifices to ensure the freedoms we continue to enjoy. They deserve the very best services, which doesn’t include treatment that harms or kills in the name of mental health care.”

By CCHR International
The Mental Health Industry Watchdog
May 22, 2020

Memorial Day honors the men and women who died while serving in the U.S. military. It also recognizes the shocking number of veterans and service members that have taken their own lives. Despite highly touted efforts to curb the suicide rate among these dedicated groups, suicides remain high and the mental health industry watchdog group Citizens Commission on Human Rights International (CCHR) is calling on Congress to increase efforts to investigate this.

It wants the military and Veteran Affairs (VA) to disclose whether psychiatric drugs were tested for and present in suicide autopsies.

Suicide—not combat—is the leading killer of U.S. troops deployed to the Middle East to fight Islamic State militants, Pentagon statistics show.[5] While an average of 4,200 veterans die by firearm suicide every year[6], it’s unknown how many of them were taking a psychiatric drug or withdrawing from one or cocktails of them—a vital correlation for families and governments to know.

Potentially, psychotropic drugs induce the “mental trigger” that drives service members and vets to take their own lives.

Current public data on military and VA use of and expenditure on psychotropic drugs is sparse. What is known is that in 2010, 1.85 million veterans filled at least one psychiatric drug prescription.[8] Approximately 37% of war veterans have been labeled with PTSD, of which 80% were prescribed a psychiatric drug. Reported in 2011, of the veterans receiving psychiatric drugs for PTSD, 89% are prescribed antidepressants and 34% prescribed antipsychotics—both classes of drugs are linked to suicide or death.[9]

Between 2005 and 2011, the military increased its prescriptions of psychoactive drugs (antipsychotics, sedatives, stimulants and mood stabilizers) by almost 700%.[10]

The 2019 National Veteran Suicide Prevention Annual Report reported that over 800,000 veterans received “medication” for mental health disorders in Veterans Health Administration (VHA) compared to over 500,000 comparable individuals in the private sector—or 30% higher.[11] Information on how many recipients of the drugs attempted or committed suicide is not discussed in the report.

The age breakdown of those receiving antidepressants is important, CCHR says. Antidepressants carry an FDA “black-box” warning of “suicidality” for those younger than 25, yet these drugs are prescribed to this age group in the military. The VA reported that the suicide rate of veterans aged 18 to 34 jumped more than 10% between 2015 and 2016.[12] 41% of deployed American soldiers are aged 18-24.[13]

Psychotropic drug use is also linked to America’s failed community mental health program that started in the 1960s. People were discharged from hospitals on powerful, debilitating antipsychotics, which California investigators determined rather than speeding people’s return to the community, hindered recovery.[14] The drugs helped spawn the massive homeless situation the U.S. now faces.

In 2017, the U.S. Department of Housing and Urban Development Point-in-Time Count estimated that 40,000 veterans were homeless and just over 15,300 were living on the street or unsheltered on any given night.[15] Again, the lack of information on how many have been placed on a psychotropic drug treadmill is unknown.

Hundreds of veterans are also given brain-damaging electroshock and this does not include those given it in private or non-contracting VA institutions. In 2015, 140 of the VA’s healthcare facilities—approximately 49%—delivered electroshock.[16] The VA has spent more than $1 million on electroshock devices and related parts, despite the device manufacturers having never provided clinical trials proving safety and efficacy.[17] CCHR’s online petition to ban ECT shows more than 120,000 people who would agree ECT should not be used on our vets and service members.

Memorial Day is this nation’s opportunity to remember those who have courageously served on the front lines and made profound sacrifices to ensure the freedoms we continue to enjoy. They deserve the very best services, which doesn’t include treatment that harms or kills in the name of mental health care.