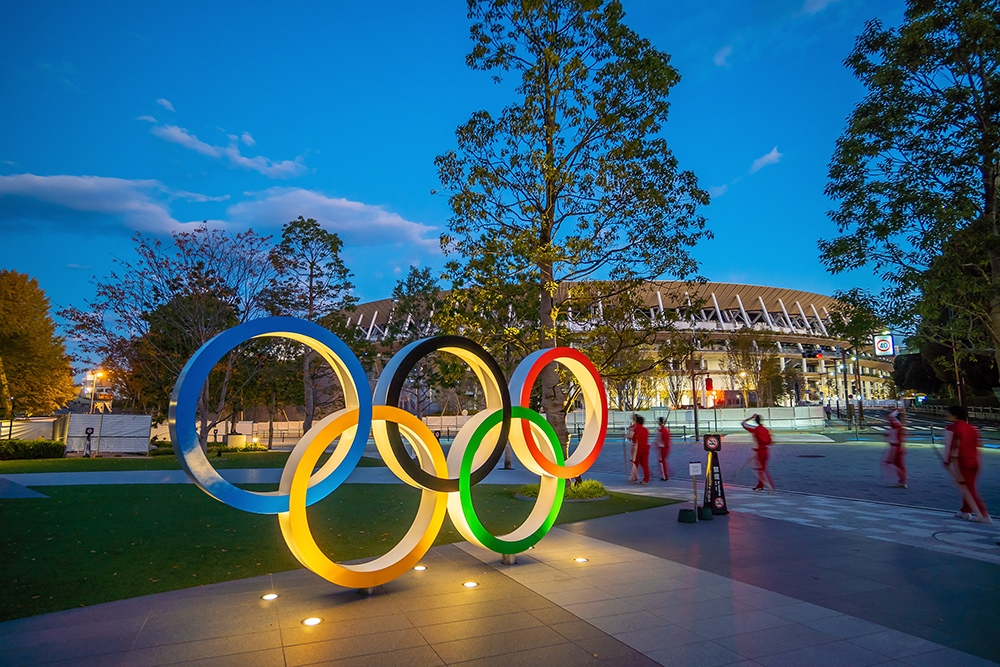 “It is important for people to know the differences between mental health and psychiatric ‘disease,’ and to be informed of the failures of the psychiatric profession in ensuring mental health is actually achieved.” – Jan Eastgate, President CCHR International

The Tokyo Olympics has shown importance of athletes’ mental health, but this shouldn’t be equated with “mental illness” that can lead to forced and damaging treatment with psychotropics, electroshock and other brain interventions.

The Citizens Commission on Human Rights International (CCHR) says that the Olympic Games in Tokyo has raised the importance of mental health issues but says there needs to be a clear distinction between this and mental “illness” treatment today. For decades, psychiatrists have re-defined mental health as “mental disorder” or “illness,” which has stigmatized individuals and led them onto a path of physically damaging treatment that can harm them, but not cures.

CCHR says that because of this, a psychiatric apartheid has occurred, where mental health policy or practice has separated and segregated groups deemed to be mentally ill and discriminated against them with forced hospitalization and treatment, which can be brutal. Jan Eastgate, president of CCHR International says “It can ruin mental health, rather than improve it.”

“The Olympics has brought to light the stresses of athletes competing, their grueling training routines and being under constant public pressure and expectations to win ‘gold.’ It stands to reason that having a solid mental health outlook is a vital part of such challenges but that this can also falter. CCHR applauds all the athletes for not just their dedication and courage but also their service to sport and their respective countries,” Eastgate states.

However, she points out that for more than 50 years, CCHR has exposed and continues to expose rampant psychiatric abuse and treatments that harm mental health. The group’s Mental Health Declaration of Human Rights, written in 1969, lays out 30 points that, if largely implemented by governments and health departments across the globe, could, prevent such abuse from occurring and so enable people to achieve true mental health—a positive outlook both emotionally and in thoughts and actions that enables a better life, not hampered by physically damaging “treatments.”

CCHR points out that psychiatrists diagnose by using descriptive names based on biased observation to redefine not doing well mentally as a physical disease—with not a single medical or scientific test to confirm this. Post WWII, they used the term “mental hygiene” which became synonymous with eugenics and euthanasia and changed the term to avoid negative connotations. Today, it is broadly called “mental health,” but it is important to differentiate between this and psychiatry’s definition of “mental disorder.” The two should not be confused, CCHR says, to avoid being trapped into thinking that a mind-altering drug or electroshock is a medical solution.

In medicine, strict criteria exist for calling a condition a disease: a predictable group of symptoms and the cause of the symptoms or an understanding of their physiology (function) must be proven and established. Chills and fever are symptoms. Harvard Medical School psychiatrist Joseph Glenmullen says that in psychiatry, “all of its diagnoses are merely syndromes [or disorders], clusters of symptoms presumed to be related, not diseases.” Dr. Darshak Sanghavi, clinical fellow at Harvard Medical School also wrote that “there is no blood test or brain scan for major depression. No geneticist can diagnose schizophrenia.”[1]

Although the brain is part of the nervous system, which receives and sends impulses into the body’s system, there’s no scientific proof that mental health thinking physically resides in the brain. But psychiatric drugs and electroshock impact brain function.

The psychotropic drugs prescribed to athletes tend to favor those that are “energizing” and less likely to commonly cause sedation, weight gain, cardiac side effects, and tremor. Side effects may be debilitating for the athlete because of potential performance impairment. Even “energizing” drugs such as antidepressants can cause tiredness, dizziness, weight gain, anxiety, aggression, unusual changes in behavior or mood.[2] Psychostimulants adverse effects include angina, blood pressure changes, blurred vision, depression, insomnia, suicidal thoughts, nervousness, seizures and even psychosis.[3]

These “work” by influencing the normal functions of the body: they speed up or slow them down or overwhelm them. They “mask” mental problems. Meanwhile, they tend to wear out your body. Like a car run on rocket fuel, a person may be able to get it to run a thousand miles an hour to the end of the block, but the tires, the engine and the internal parts fly apart in doing so. “What ends up happening,” wrote Dr. Beth McDougall, a health center medical director, “is that someone feels good for a while and then very often they have to have their dose increased. And then they feel good for a while and then they might have to have it increased again, or maybe they’ll switch agents.” But, “you’re not actually getting to the root of what’s going on.”[4]

CCHR warns that legitimate informed consent does not exist in the mental health system when it fails to inform those needing help that a mental disorder diagnosis is not based on scientific tests and, therefore, any treatment ensuing from this, constitutes “torture or cruel, inhuman or degrading treatment.” According to United Nations agencies and the World Health Organization, forced treatment amounts to torture.

A UN Special Rapporteur on health, Dr. Danius Puras said: “There is now unequivocal evidence of the failures of a system that relies too heavily on the biomedical model,” including psychotropic drugs.[5]

Eastgate sums up: “It is important for people to know the differences between mental health and psychiatric ‘disease,’ and to be informed of the failures of the psychiatric profession in ensuring mental health is actually achieved.”

CCHR has been responsible for more than 190 laws that have enacted protections based on its Mental Health Declaration of Human Rights and urges individuals seeking help to review this and what should be their inalienable rights when choosing how to get mental health help. See also CCHR’s Psychiatric Drugs Side Effects Search Engine.

[2] Rachel Reiff Ellis, “What Are the Side Effects of Antidepressants?” WebMD, 5 Sept. 2019, https://www.webmd.com/depression/side-effects-antidepressants

[3] Psychostimulants: The fact about the effects, CCHR International, https://www.cchr.org/sites/default/files/education/psychostim-booklet.pdf