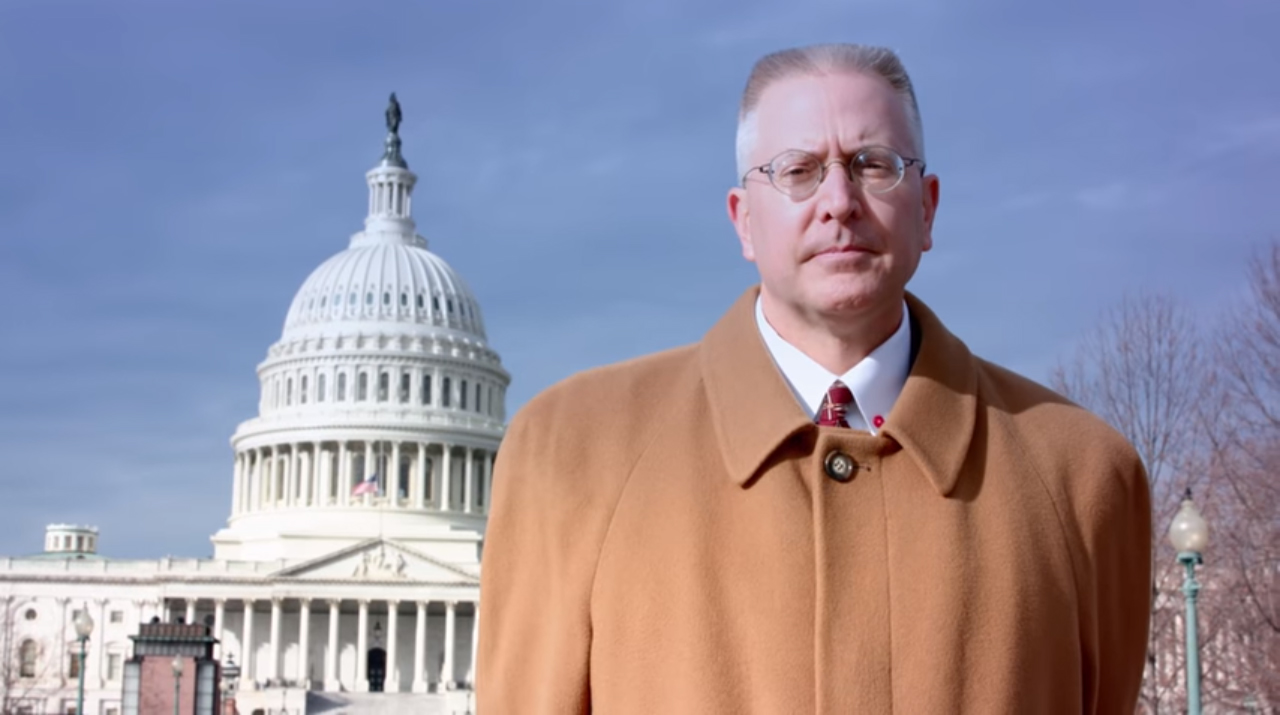 “There is no scientific evidence of the long-term safety or efficacy of ECT. By law, the FDA is supposed to ensure that no drug or device is marketed without that proof.” — Jonathan Emord, Constitutional Attorney

Ramping up its campaign to get the use of electroshock (electroconvulsive or ECT) treatment prohibited as a “mental health treatment,” Citizens Commission on Human Rights (CCHR) International released a new video of constitutional attorney Jonathon Emord supporting an urgent ban. Mr. Emord says that electroshock is “barbarism,” which causes severe and even permanent memory loss. As a result, “many do not remember being married, do not recognize their spouses, do not recognize their children, do not remember how to play a musical instrument, do not remember how to practice their professions…,” he said.[1] You can watch the video here or below.

Mr. Emord was one of two attorneys that filed a Citizens Petition to the Food and Drug Administration (FDA) Commissioner in 2016 demanding that it remove the electroshock device from the market as no clinical trial and marketing application had proved the device was safe and effective. In the video, Mr. Emord says electroshock — the passage of up to 460 volts of electricity through the brain — is “brutality, it is not treatment.”

“There is no scientific evidence of the long-term safety or efficacy of ECT. By law, the FDA is supposed to ensure that no drug or device is marketed without that proof” and in the case of the ECT device, this hasn’t occurred, says Mr. Emord.

CCHR International President Ms. Jan Eastgate, adds: “In the absence of such proof, the FDA has been procrastinating about how to protect psychiatry’s $5.4 billion a year electroshock industry by keeping the ECT device on the market while shirking its responsibility to protect the public health from its damage.”

She says CCHR wants to see accountability for the failure of the FDA to remove the ECT devices from the market, for the devices’ use for unapproved conditions such as autism and for allowing the procedure to be taught without a clinical trial proving safety and efficacy. “All medical colleges and universities providing training or continuing education in electroshock should stop. The whole electroshock business needs to be shut down,” says Ms. Eastgate.

Mr. Emord points to the FDA’s failure to protect Americans by detailing some of the adverse effects of electroshock that include heart arrhythmia, loss of memory, brain shrinkage, heart attacks, strokes and brain damage — none of which are “acceptable risks” to anyone other than the psychiatrists administering and profiting from it.[2]

Based on Texas reports — the only state that comprehensively collects statistics on ECT, especially deaths within 14 days of the procedure being given — CCHR estimates there could be up to 300 deaths per year linked to electroshock treatment.[3]

Mr. Emord goes further to say that ECT should not be considered “medical treatment” and it is “favored in many brutal regimes worldwide as a form of torture.”[4]

Ms. Eastgate adds that she has personally documented hundreds of cases of electroshock damage, calling it mental euthanasia. She said some patients’ testimonies were given under oath during an Australian government inquiry where the presiding Justice John Slattery described the sensations they experienced from electroshock as “callous” and “brutal.” The patients had been put into a drug-induced coma for several weeks while the ECT was delivered daily.[5]

Eastgate said that psychiatrists think patients cannot recall the electroshock experience because of the anesthetic given, but Justice Slattery accepted the patients’ recollections as “correct.”[6]

CCHR had the practice banned in Australia with criminal penalties enacted under the New South Wales Mental Health Act should it ever be administered.

In the current U.S. video calling for a ban on ECT, Mr. Emord says it makes “my blood boil” that children are subjected to it. This, he says, is “akin to the experiments that were done by the Nazis in the concentration camps on Jewish children. This is unacceptable in a civilized world.” CCHR obtained information through Freedom of Information Act requests that establish that in some U.S. states, children aged 5 or younger have been subjected to the violence of electroshock.

Ms. Eastgate says the financial incentives drive the continued use of electroshock and its training in colleges and universities.

Insurance companies pay the costs in over 70 percent of ECT cases. The attending psychiatrist may easily perform five to six ECT treatments within one hour, billing more than $1,800 per hour. The average salary for psychiatrists practicing ECT may be twice that of other psychiatrists, according to a study on the effects of state funding of ECT.[10]  Additionally, tens of millions of taxpayer dollars are spent in National Institute of Mental Health (NIMH) research of ECT from which psychiatric researchers profit.