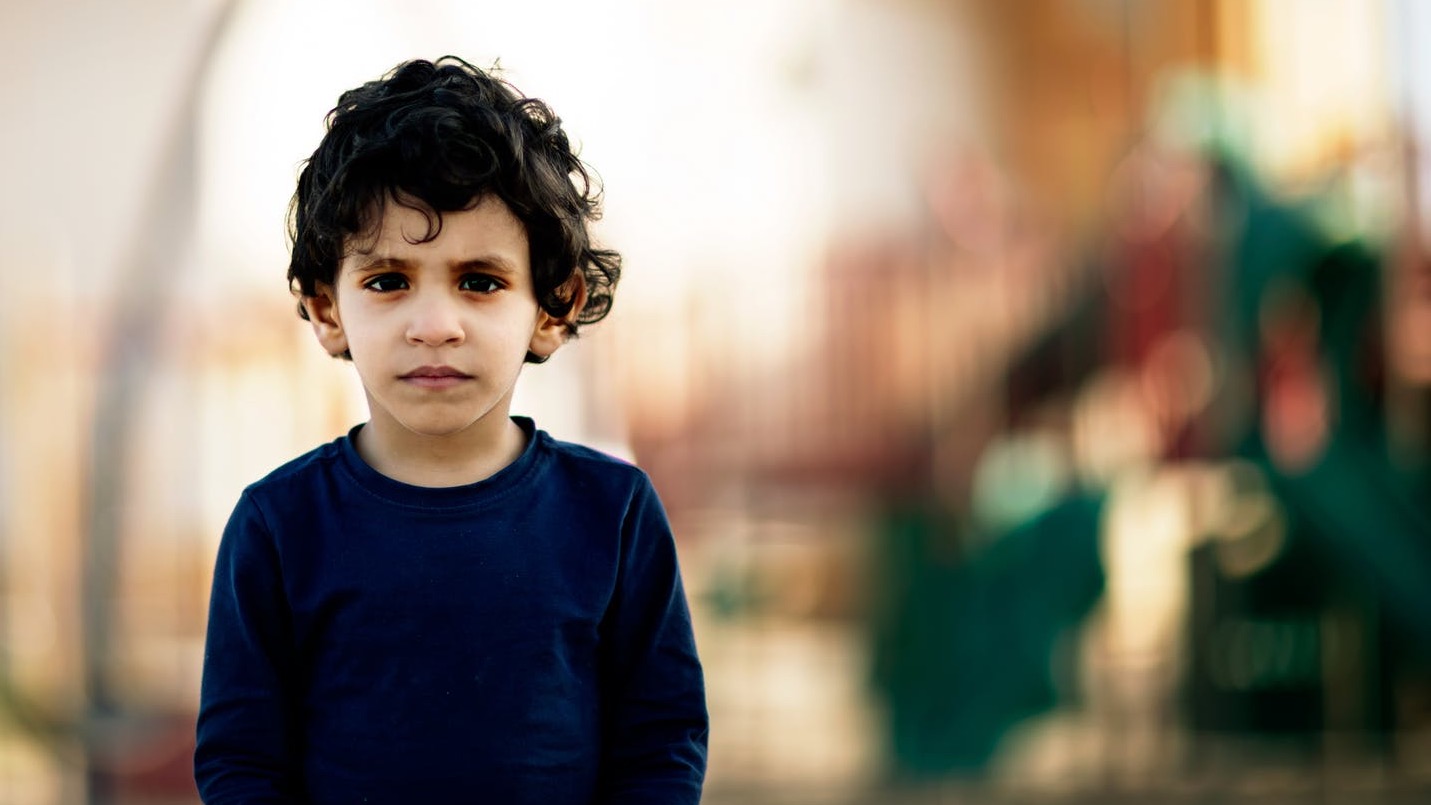 “Citizens Commission on Human Rights warns the type of psychiatric abuse we are witnessing with migrant children is part of a pandemic of psychiatric child abuse occurring in private and state psychiatric institutions across the country.”

CCHR warns of pandemic psychiatric child abuse across the U.S.

Many are outraged by the recent reports of over 11,000 immigrant children being ripped from their families, incarcerated in more than 100 facilities in 17 states, with allegations of them being drugged, beaten, or violently assaulted. According to media reports and child testimonies, migrant children have been dosed with cocktails of psychotropic drugs. A CNN investigation found “Medical records show children were injected with sedatives and antipsychotics and that many of the pills they were given were powerful and sometimes addictive psychotropic drugs.”[1] Mental health watchdog, Citizens Commission on Human Rights International (CCHR) warns that such abuse is not isolated to migrant children but there is a “pandemic of psychiatric child abuse” in private and state psychiatric institutions across the country.

CNN reported that migrant children and teens have also been physically restrained, with some handcuffed to chairs for days for “acting out.”[2]  Multiple Latino teens say they were kept in Shenandoah Valley Juvenile Center in Virginia, for example, for months or even years, where some were beaten or punished by being restrained for hours.[3] Office of Refugee Resettlement (ORR)-contracted facilities have serious records of wrongdoing―including sexual and physical abuse of residents, reported Huffington Post recently.[4]

CCHR says the parallels between what is happening to migrant children in ORR shelters and facilities and those in the for-profit behavioral and foster care systems reveal a serious lack oversight and accountability. Since 2015, the group has filed over 8,000 complaints to state and federal legislators and law enforcement and health officials about the shocking conditions for children in privately owned psychiatric facilities.

The complaints address chains of psychiatric hospitals owned by Universal Health Services (UHS) and Acadia Healthcare—part of a lucrative $26 billion-a-year private psychiatric hospital market.[5] Last year, UHS’s Shadow Mountain Behavioral Health in Oklahoma was investigated by health authorities after children as young as five were separated from their parents and held in dangerous situations. Allegations ranged from medication errors to incidents of sexual misconduct. Internal surveillance videos also showed children being repeatedly physically restrained, including a 9-year-old boy that a mental health technician grabbed by the neck, pushed against a wall, then slammed to the ground.[6]

In 2016, a six-year-old boy who, after having thrown a tantrum, was removed from school by police and taken to UHS’s River Point psychiatric hospital in Florida.[7] He was locked in a “seclusion” room at 3 a.m. and waited more than 24 hours to see a doctor. “It felt like my child had been kidnapped,” his mother said. The boy was released only after a lawyer intervened on his behalf.[8]

The Washington Post reported that a 15 year old had died in November last year after he was restrained at UHS’s North Spring Behavioral Healthcare in Leesburg, North Virginia. Involuntary manslaughter charges were filed against a mental health technician, for which he was convicted.[9]

A 13-year-old girl was raped by a patient while under the care of UHS’s Timberlawn Behavioral Hospital in Texas. The father of the raped girl said, “The place needs to be shut down.”

The previous month, a 13-year-old girl was raped by a patient while under the care of UHS’s Timberlawn Behavioral Hospital in Texas.[10] The father of the raped girl told The Dallas Morning News, “The place needs to be shut down.”[11] In February 2018, Timberlawn closed after state officials found it too dangerous for patients.[12]

In 2015, UHS’s Rock River Academy in Rockford, Illinois was closed following allegations that the facility had restrained youths at a rate eight times the median for all similar Illinois facilities.[13] Rockford Police Department had fielded more than 700 reports “concerning victimization of girls,” including rape, aggravated battery and sodomy during a four-year period.[14]

In July 2017, the mother of a 12-year-old boy alleged her son was sexually assaulted in UHS’s Laurel Heights Hospital, in Atlanta, Georgia.[15] A 16-year-old girl was also raped while under the care of UHS’s Anchor Hospital in Atlanta.[16] Last year, the Massachusetts Department of Mental Health closed UHS’s Westwood Lodge psychiatric hospital due to “issues concerning patient safety and quality of care,” amid a sexual assault investigation.[17] Florida state authorities terminated their contract with UHS’s Okaloosa Youth Development Center over “serious deficiencies that potentially could threaten the health and safety of the youth placed at the program.”[18] In March 2018, UHS reported it had set aside $22 million to settle Federal Department of Justice (DOJ) criminal investigations into 30 of its behavioral hospitals.[19]

Despite a history of abuses, UHS has been allowed to acquire or build even more behavioral facilities.[20]

Substantially all of Acadia facilities’ Medicaid payments relate to the treatment of children and adolescents.[22]

In comparison, the detainment of migrant or unaccompanied immigrant children has led to similar psychiatric abuse. Allegations include:

A Houston Chronicle investigation in 2014 found restraint deaths in Shiloh Residential Treatment Center in Houston, Texas, where migrant children are held.[24] In its sister facility, Daystar Residential Center, between 1993 and 2002, three children died of asphyxiation from restraint procedures. A fourth death, 16-year-old Michael Keith Owens, due to asphyxiation, occurred in November 2010.[25] The teen was physically restrained in a bedroom closet after he had refused to show a staff member what he was holding in his hand, which turned out to be merely the cap of a pen.[26] In two of the deaths, homicide was ruled.[27] Daystar was found criminally negligent in one of the deaths and eventually closed down.[28]

“Beyond these deaths, there were reports of sexual abuse,” reported the National Center for Youth Law. In January 2010, a 16-year-old was sexually abused by a Daystar staffer. Yet Daystar maintained its license to house more than 140 unaccompanied minors until 2011.[29]

Some children say they were prescribed as many as 10-18 pills a day.[30]  Included among the powerful drugs administered are antidepressants, anti-anxiety drugs such as clonazepam, antipsychotics that include quetiapine, Latuda (lurasidone) and Geodon (ziprasidone), the mood stabilizers divalproex and lithium and an ADHD drug, guanfacine (Intuniv ER).[31]

One affidavit from a child who came to the U.S. in 2014, states: “ln Shiloh they gave me even more medicine. I took nine pills in the morning and seven in the evening. I don’t know what medications I was taking; no one ever told me that. I don’t know what my diagnosis or illness is….Some of the staff at Shiloh would provoke the children there and make us angry intentionally. They made us act violently so then we had to be given shots.”[32]

According to Reveal News, Dr. Javier Ruíz-Nazario, the psychiatrist at Shiloh prescribing psychotropic drugs to immigrant children, reported on the Texas Medical Board’s website that he had specialized certification for treating children and adolescents. However, according to the website, he has not yet updated the board on the status of this board certification as required by its rules.[33]

Ruíz-Nazario’s name appears on various court documents that allege troubling practices, including affidavits in which children claim they were tackled and injected and forced to take pills identified as vitamins that made them dizzy and drowsy. Many of the records specifically name Ruíz-Nazario as the doctor who prescribed the drugs.[34]

The psychiatrist has received payments from drug companies that manufacture psychotropic drugs being given to children at Shiloh.[35] Between 2012 and 2015, he billed Medicare Part D, a total of $1.5 million for psychotropic drugs. Among his top drugs prescribed, duloxetine HCL, the sedative-hypnotic clonazepam, the antipsychotics Invega Sustenna (Janssen Pharmaceuticals, the manufacturer of Risperdal) and quetiapine (generic of Seroquel). [36]

Yet, in a response to the allegations of inappropriate drugging at Shiloh, officials said “psychiatrists strive to use no more than four psychotropic medications at once.”[37] However, such cocktails are potentially dangerous, CCHR says. A 2013 study, “Polypharmacy in Psychiatry: A Review,” reported not only are there “possibilities of cumulative toxicity” with polypharmacy but also “increased vulnerability to adverse events.”[38] 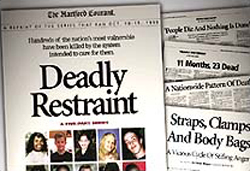 A ground-breaking Hartford Courant series uncovered at least 142 psychiatric restraint deaths that had occurred over previous 10 years, many of them children. An analysis done for the Courant estimated that between 50 and 150 such deaths occurred every year across the country.

CCHR says no child should be restrained and subjected to cocktails of mind-altering drugs. They say restraint abuse and deaths should have stopped after the 1998 ground-breaking Hartford Courant series that uncovered at least 142 psychiatric restraint deaths that had occurred over previous 10 years, many of them children. An analysis done for the Courant estimated that between 50 and 150 such deaths occurred every year across the country.[39] Federal regulations enacted in 2000 under the Children’s Health Act were supposed to restrict the use of restraints and seclusion in psychiatric facilities and “nonmedical community-based facilities for children and youth” that receive federal funds.[40] A “national reporting system” was to be implemented and government funding cut to any facility that did not comply.[41]

Yet, restraint deaths have continued to be exposed at UHS behavioral centers and migrant children that are traumatized by an uncaring system of separating them from their parents and detaining them involuntarily in centers, are being drugged, restrained and harmed without any protections. It doesn’t appear funding has been cut when a pattern of restraint abuse occurs.

The US government provides around $1 billion to nonprofits and local government agencies each year to house and provide services for detained migrant children, in facilities, including psychiatric and juvenile detention centers.[42] Billions of dollars in Medicaid and Medicare are also paid to for-profit behavioral facilities each year that also treat children and youths. UHS and Acadia Healthcare accounted for a combined 8.3 percent share of the $17.2 billion mental health and substance abuse clinics industry in 2015.[43] UHS gets a third of its revenue from Medicare and Medicaid.[44] Substantially all of Acadia facilities’ Medicaid payments relate to the treatment of children and adolescents. [45]

Jan Eastgate, President of CCHR International, says, “A lack of effective action is rampant in the treatment of children in behavioral/psychiatric facilities, and now migrant children in detainment centers. It’s been ongoing for years. There needs to be an overhaul of the system, with federal and state funds cut if a facility is found to have put children at risk and a ‘three-strike rule’—after three sanctions and correction plans, if the abuses continue, the facility must be shut down. If abuses are seriously negligent resulting in deaths, one incident should be sufficient to order a closure.”

[21] “Acadia Healthcare: A Close Look at Alleged Abuses and Violations at Acadia Facilities; Use of PSI Playbook May Expose Company to Legal and Regulatory Risk,” Capitol Forum, Vol. 5., No. 400; 28 Nov. 2017.