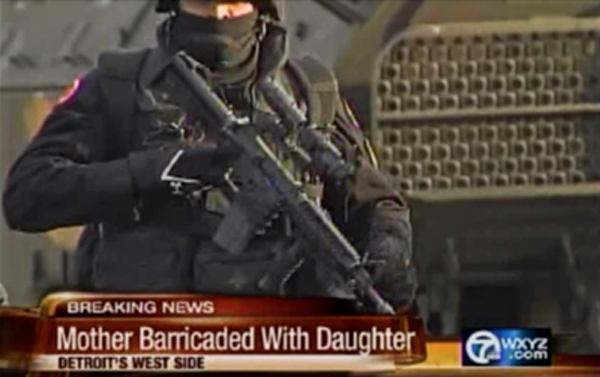 Detroit mother Maryanne Godboldo faced down a SWAT team and a tank when she refused to administer a dangerous antipsychotic drug to her daughter.

“What happened in this case is not an isolated incident—the state has joined with the psychiatrists and they illegally take parents’ rights away. This is the fight. This cannot happen. It is illegal.” — Attorney Allison Folmar

Michigan, the only U.S. state that has a pharmaceutical “immunity law” seems determined to prosecute Maryanne Godboldo for refusing to administer a dangerous antipsychotic drug to her daughter

When will the deliberate persecution of Detroit mother, Maryanne Godboldo, come to an end? Despite four court rulings exonerating Godboldo of any wrongdoing, the state prosecutor is, inexplicably, committed to what can only be described as a relentless attack. The Citizens Commission on Human Rights (CCHR), the nation’s leading mental health watchdog, has launched an in-depth investigation into Michigan’s mental health policies to get to the bottom of the state’s seemingly endless prosecution of Godboldo. 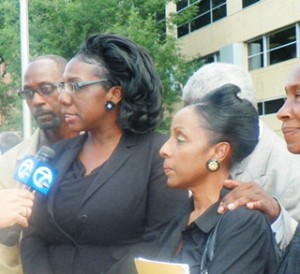 Despite four court rulings exonerating Godboldo of any wrongdoing, the state prosecutor is, inexplicably, committed to what can only be described as a relentless attack.

From the beginning, psychiatric drugs have been at the forefront of this case. Given that Michigan is the only state in the nation providing pharmaceutical companies total immunity from lawsuits, as a result of harm or death caused by FDA-approved drug products, one can only wonder if the state is pursuing Godboldo because of the national and international attention she received for her courageous refusal to administer a dangerous antipsychotic drug to her then 13-year-old daughter.

It begs the question: Is the state more interested in protecting the pharmaceutical companies over the well-being of the families of Michigan? Godboldo bravely stood up to the state’s Child Protective Services (CPS) and mental health workers who immediately validated this mother’s worst fears when, after illegally placing her daughter in a state-run pediatric psychiatric facility, the 13 year old was forcibly administered Haldol and Risperdal—harmful psychiatric drugs that have left her damaged.

Recall that Godboldo’s legal nightmare began when, based on an illegal, falsified order provided by CPS, a full military-style SWAT assault was unleashed upon her home, with the intent of removing her daughter, Ariana, because Godboldo refused to drug the teenager with the antipsychotic Risperdal. 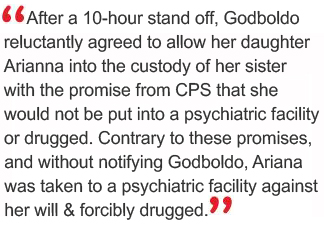 After ten hours of negotiations, Godboldo reluctantly agreed to allow Ariana into the custody of her sister with the promise from CPS that Ariana would not be put into a psychiatric facility or drugged. Contrary to these promises, and without notifying Godboldo, Ariana was taken to the Hawthorn Center, the state’s pediatric psychiatric facility, forcibly held and drugged. 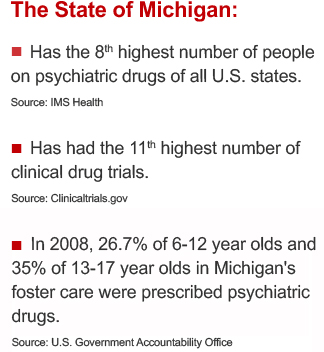 Again, one cannot help but consider important information that may shed light on the state’s continued interest in bringing criminal charges against Godboldo. For instance, the current Attorney General, Bill Schuette, was one of more than a dozen lawmakers who, in 1995, championed the pharmaceutical immunity legislation. In 2011, it was the State Attorney General’s office who appealed the release of Ariana out of state custody. In the criminal case, District Attorney, Kym Worthy, repeatedly tried to prosecute the four-time-exonerated Godboldo.

But these questions are merely the tip of the iceberg. As part of CCHR’s investigation, determined to reveal those responsible for the violation of Ariana’s rights, FOIA requests have been made to the pertinent agencies and psychiatric facilities involved in Ariana’s forced incarceration and drugging, including:

According to Godboldo’s attorney, Allison Folmar, the investigation is necessary on a number of levels, including her belief that Godboldo “is being persecuted as opposed to being prosecuted.” Folmar explains that, “Maryanne has never hurt anyone and everyone who knows this woman will tell you she is an awesome mother. She’s had to endure a devastating three years and I think this is political. I’ve never seen such a relentless prosecution of an innocent person, especially in light of her being deemed innocent by the courts.”

Folmar understands what’s at stake for those involved, especially in light of the illegality that took place in the Godboldo case. “A court,” explains Folmar, “never can order a child be put on antipsychotic drugs without the consent of the parent. When it comes to the mental well-being of the child—when you see a drug that makes your child violent—you have an absolute right to say ‘don’t give that drug to my child,’ without any argument.”

“What happened in this case is not an isolated incident,” says Folmar, “the state has joined with the psychiatrists and they illegally take parents’ rights away. This is the fight. This cannot happen. It is illegal.”

Folmar does not mince words when it comes to the Hawthorn Center’s illegal actions. “Hawthorn has no legal support for anything it did. It was illegal to detain Ariana against her and her mother’s will, it was illegal to administer a dangerous drug, regardless of whether or not they had her medical records, which in this case they did not have them.”

That there was outside pressure being applied on this case is clear by the initial refusal to admit on the part of the Hawthorn Center. “At first,” explains Folmar, “Hawthorn repeatedly refused to admit Ariana because the psychiatrist complained he couldn’t treat the child without a court order. There was no order. There are no commitment papers for the child and that is why Ariana was initially refused admittance. The fact they took her despite no legal order is what needs investigation.”

While a court has ruled four times in favor of Godboldo, the state refuses to accept the verdict. The question is why? More importantly, how long will Godboldo continue to be persecuted for her legal defense of her home and daughter? The Citizens Commission on Human Rights intends to get to the bottom of this continued abuse.