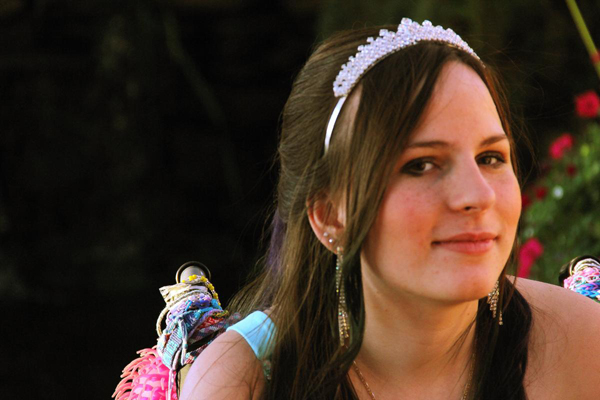 “Sixteen months ago, Justina was a [competitive] figure skater. Today, she cannot stand, sit or walk on her own. The bipartisan legislation aims to chop federal funds to research in which a ward of the State is subjected to greater than minimal risk to the individual’s health with no or minimal prospect of direct benefit.” — Michelle Bachmann

A while ago I blogged about Representative Steve Stockman’s legislation restricting federal funds from going to entities that give children potentially dangerous psychotropic drugs without parental consent. Representative Michelle Bachmann has introduced similar legislation, Justina’s Law (HR 4989). This bill forbids the use of federal funds to use children who have been declared “wards of the state” as medical research subjects.

As the title suggest, this act was inspired by the awful case of Justina Pelletier. Leading libertarian writer Wendy McElroy wrote about Justina’s case and Representative Bachmann’s legislation for The Hill, linked here and excerpts here:

Rep. Michele Bachmann (R-Minn.) explained the motivation behind H.R. 4989, known as Justina’s Law. “Sixteen months ago, Justina was a [competitive] figure skater. Today, she cannot stand, sit or walk on her own.” The bipartisan legislation aims to chop federal funds to “research in which a ward of the State is subjected to greater than minimal risk to the individual’s health with no or minimal prospect of direct benefit.”

The proximate cause is the tragic saga of now-16-year-old Justina Pelletier. Both officials in Massachusetts and medical staff at Boston Children’s Hospital (BCH) are accused of sanctioning and conducting experimental research on Justina after removing her from parental custody. Justina’s ordeal occurred over the vigorous objections of both parents.

It could happen to any family. In February 2013, Justina had difficulty retaining food due to flu-like symptoms. Her parents, Lou and Linda Pelletier, were particularly concerned because she was being treated for a confirmed diagnosis of mitochondrial disease. A leading expert, Dr. Mark Korson, chief of Metabolic Services at Tufts Medical Center in Boston, advised taking Justina to the emergency room at BCH.

There, a resident doctor changed her diagnosis to somatoform disorder, in which patients experience pain without a physical cause. Justina’s problem was shifted from a physical to a mental one. The diagnosis was confirmed by a BCH psychologist who was researchings omatoform disorder under a National Institute of Health grant. But the Pelletiers refused to sign off on new treatment or to remove Justina from her current medication. They tried to transfer her to Tufts and back to the care of Korson. BCH called the Massachusetts Department of Children and Families (DCF) instead.

Despite the Pelletiers’ long history of marital and family stability, they were charged with “medical child abuse” and custody was stripped away. Justina was placed in a psych wing at BCH. In some American hospitals, a ward of the state can become a research subject without the child’s or parents’ consent even if the ward is not the primary beneficiary of the research.

Justina may be far from an isolated case. Over the last year, The Boston Globe has reported on five similar cases of children detained at BCH alone, with DCF authorizing medical treatment. The Liberty Counsel reports, “[O]ver 95 children died in DCF custody between 2001 and 2010, and the department has not released information about the number of deaths between 2011 to present.”

Because the Pelletiers are a sympathetic family and Justina’s abuse seems clear, H.R. 4989 may be on a fast track to cut federal funding to forced medical research on wards of the state.

Representatives Karen Bass (D-Calif.), Tom Marino (R-Pa.) and Jim McDermott (D-Wash.) joined Bachmann in introducing Justina’s Law on June 26. Bass declared, “This bill will make it clear that children are blessings, not guinea pigs.” Marino stated, “The bonds between children and parents is sacred.” McDermott added, “We must act to protect and cherish children in the care of a state and make sure that they are not the subject of risky medical experimentation.”

H.R. 4989 was immediately referred to the House Committee on Energy and Commerce. Unless the bill lingers in a forgotten stack on a crowded committee table, it is unlikely to be opposed.

Campaign for Liberty members concerned about protecting the rights of children and parents should call their Representatives and urge them to cosponsor Justina’s Law (HR 4989).