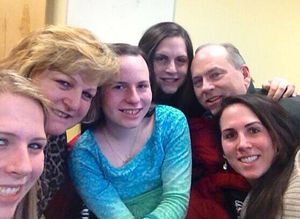 “Because a child’s well-being hangs in the balance, the Citizens Commission on Human Rights calls on the Massachusetts State Attorney General to investigate Boston Children’s Hospital Psychiatric Unit, ‘Bader 5,’ specifically requiring that the treating psychiatrists provide medical/scientific proof of the alleged diagnosis, Somatoform.”

For thirteen months, Lou and Linda Pelletier’s youngest daughter, Justina, has been a prisoner at the hands of Boston Children’s Hospital psychiatric unit accused of suffering from an obscure “mental disorder,” Somatoform, which a leading psychologist describes as being “nothing more than a destructive and unreliably applied label.” In deteriorating health, and confined to a wheelchair, the 15-year-old learned this week that there will be no pardon from the Massachusetts Psychiatric Puritans.

CCHR also supports legislative action instigated by Mass State Representative Marc Lombardo to start the process of releasing Justina Pelletier to her parents but said this should be expanded to investigate the harmful influence of psychiatrists’ opinions resulting in state removal of children from their families.

After months of fighting for the teenager’s freedom, the Pelletiers were dismissed by the Juvenile Court and denied custody of their ailing daughter. Juvenile Court Judge, Joseph Johnson’s reason for denying the Pelletiers’ right to decide their daughter’s medical treatment was his belief that the Pelletier’s will not comply with the state’s directives. The Judge further wrote in his decision that he believed Justina suffered from “a persistent and severe Somatic Symptom Disorder,” the very psychiatric diagnosis the Pelletiers have been fighting since first admitting Justina to Boston Children’s Hospital.

In issues relating to the medical validity of mental disorders such as Somatoform, it is worth noting that that the former Task Force Chairman of the Diagnostic and Statistical Manual of Mental Disorders (DSM), psychiatrist Allen Frances, stated in a June 2, 2010 Psychology Today article, “Psychiatric Fads and Overdiagnosis,” that, “There are no objective tests in psychiatry—no X-ray, laboratory, or exam finding that says definitively that someone does or does not have a mental disorder.”

As psychiatrist Allen Frances admits, there is no medical test for any mental disorder, and therefore the diagnosis of Somataform is only one of “belief” and not of medical fact.

The forced psychiatric incarceration of Justina, against the family’s wishes, centers on the growing divide between medical diagnosis with confirmatory lab tests, and psychiatric diagnosis which is based on diagnosing behaviors, and for which there are no confirmatory lab tests. Even the American Psychiatric Association in its Diagnostic and Statistical Manual of Mental Disorders admits that, “…no definition adequately specifies precise boundaries for the concept of ‘mental disorder.'”

Some of the facts in the Pelletier case include:

“The working relationship between parents and surgeons is fundamental in providing excellent health care to children and adolescents. The breakdown of this working relationship has a significant potential for detrimental effects on individual well-being and adverse systemic outcomes….”

Apparently this parent/surgeon relationship only works when it fits DeMaso and Bujoreanu’s needs. 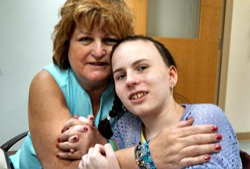 When asked in an interview to explain how parents could be told that they had to accept the hospital’s completely subjective psychiatric Somatoform diagnosis as a condition for regaining custody, psychiatrist DeMaso stressed it wasn’t up to Children’s to determine custody. DeMaso said, “That’s DCF.” The hospital spokesman added, “We can’t be responsible for what DCF says or does.”

Both DeMaso’s and the Hospital’s reply is disingenuous at best. After all, it was the psychiatric unit at Children’s who played a major role in initiating legal action by bringing in social services and accusing the Pelletiers of neglect and abuse and failing to accept their opinion over the medical facts of Justina’s treating physician.

Yet, under the Child Abuse Prevention and Treatment Act (CAPTA), it appears that the Pelletiers did what is required of them under the law—done everything they could to prevent the physical harm of their daughter. Under CAPTA, child abuse and neglect means: 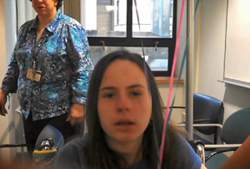 Clearly, in the hands of the Massachusetts DCF and Children’s psychiatric unit, the teenager’s condition is deteriorating, not improving. And it is her treating psychiatrists that are putting Justina at “imminent risk of serious harm.” Justina is now in a wheelchair.

While “reckless endangerment” charges are usually directed at parents neglecting or putting their child at risk, Massachusetts legislators should be looking at revising the law to ensure State “guardianship” of a child and psychiatrists treating under that guardianship are not immune to such charges, where the child is put at “substantial risk of serious bodily injury” or “impairment of a function of a body member, limb or organ.”

Additionally, under the United Nation’s 2013 Report by the Special Rapporteur on Torture and Other Cruel, Inhuman or Degrading Treatment or Punishment, the Pelletiers certainly could claim Justina’s human rights have been violated: “Medical care that causes severe suffering for no justifiable reason can be considered cruel, inhuman or degrading treatment or punishment, and if there is State involvement and specific intent, it is torture.”

Surely, when a child’s life is at stake, even the governing bodies overseeing those institutions that claim to represent the best interests of children, would demand proof of the medical diagnosis. Or is it possible that Massachusetts has so easily forgotten the dreadful prosecutions of Salem, born from rumor, speculation and belief?