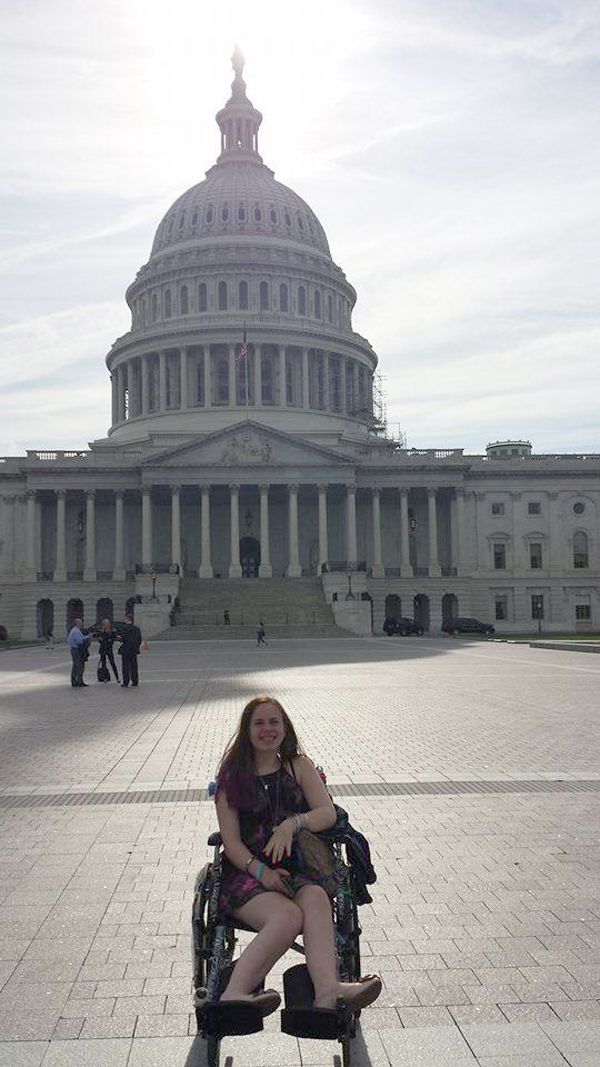 "Justina was held captive at Boston Children's Hospital during a protracted, intense custody battle...The charge of "medical child abuse," leveled at her parents, was made by the hospital after the Pelletier's disagreed with a new diagnosis — somatoform disorder, a psychological condition— and the corresponding treatment plan for Justina."

Home less than a month, Justina Pelletier received a standing ovation on Wednesday from about 70 members of Congress during a whirlwind trip to Washington D.C. to push for a new bill nicknamed “Justina’s Law.”Justina traveled with family to advocate for the bill, aimed at protecting children from a fate similar to one Justina just endured, according to the family.Introduced by U.S. Rep. Michele Bachmann, (R-Minn) and co-sponsored by U.S. Rep. John Larson, (D-1st District), the bill seeks to ban federal funding for medical experiments on children who are wards of the state.Justina — who was being treated for mitochondrial disease by Tufts Medical Center— was held captive at Boston Children’s Hospital during a protracted, intense custody battle initiated by the State of Massachusetts at the request of doctors at BCH. The charge of “medical child abuse” was made by the hospital after the Pelletier’s disagreed with a new diagnosis — somatoform disorder, a psychological condition— and the corresponding treatment plan for Justina.Justina met with Bachmann and other legislators to discuss the bill which seeks to end the ability of the federal Department of Health and Human Services to conduct or provide funding for research that involves children who are wards of the state in specific circumstances.“We know that this is happening all over the country in all 50 states, that children who are designated wards of the state, are having medical research done on them that may not have any direct benefit whatsoever to the child and in Justina’s case she was made paralyzed by this medical research,” Bachmann told Fox News CT.Rob Graham, spokesman for Boston Children’s Hospital, denied that the hospital conducted research on Justina. In a written statement reported by The Hartford Courant, Graham said that the “allegations that research was conducted on the patient are baseless and patently false.”But the family publicly disagrees.Since her release, Justina has been speaking out about her treatment while in the care of the Commonwealth of Massachusetts and at Boston Children’s Hospital.“This should never happen again to anybody,” Justina told Mike Huckabee on Fox News. “They should never be put through what I’m put through. They were so mean and nasty to me and they were being mean and terrible to my family also and no one should be put through that — no one.”“Everyone needs to contact their own state representatives to get them to sign on to Justina’s Law,” the Pelletier’s said on the Miracle for Justina Facebook page.