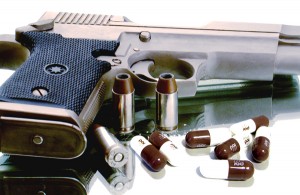 “Mental health, psychiatric drugs and violence are the common denominator among the growing list of killers. How many more have to die before the mental health industry is held responsible, and accountable, for this deadly 'treatment?'”

In the last forty-five days there have been three violent killing sprees committed by young men whose only common denominator is a history of mental health services and psychiatric drug use. Given that this is becoming the norm, rather than the exception, one can only wonder how long the mental health community can get away with feigning no responsibility for these ever-increasing senseless acts of violence?

The alleged Seattle Pacific University killer, Aaron Ybarra, is the most recent example of perpetrators with mental health histories and prescribed mind-altering psychiatric drugs as “treatment.” Ybarra’s history includes multiple encounters with the mental health industry and, according to Ybarra himself, he had been taking the antidepressant Prozac and an anti-psychotic Risperdal, to help him with his problems.

A similar mental health scenario played out in the April 25th Milford, Ct., attack by 17-year old Christopher Plaskon, charged with fatally stabbing 16-year old Maren Sanchez for rebuffing his invitation to the prom. Plaskon has a mental health history and, according to friends had been taking drugs for ADHD. Plaskon’s attorney is considering a “mental health” defense.

Then there is the May 23rd case of Santa Barbara killer, Elliott Rodger. Rodger, who killed six (including three fatally stabbed,) also had a long mental health history, including psychiatric drug use. Rodger’s parents admitted their concern that Rodger may have been addicted to Xanax, and Rodger wrote in his manifesto about his intent to swallow all of his Xanax and Vicodin pills he had left before shooting himself so that if the bullet didn’t kill him, the deadly mixture of drugs would.

Mental health, psychiatric drugs and violence are becoming the “big three” considerations of these savage attacks. While the population is becoming more aware of these obvious connections, the mental health industry repeatedly falls back on the old mantra—the “ace in the hole”—”it was his mental illness that made him commit these acts, not the drug treatment.”

The problem is that there is too much information that contradicts mental health’s “ace in the hole” response. First, there is no science to support any psychiatric diagnosis being an abnormality of the brain—all psychiatric diagnosing is completely subjective. Furthermore, the pharmaceutical companies openly admit on drug packaging that they do not understand how the psychiatric drugs actually work in the brain for the “treatment” of the specific alleged psychiatric disorder.

Then there is the Food and Drug Administration (FDA). The FDA believes that there is sufficient scientific data to support placing “Black box” warnings (the FDA’s most serious warnings) on many of these psychiatric drugs, and warns that they may cause adverse reactions such as abnormal behavior, mania, psychosis, hallucinations, suicidality and homicidality.

According to the Centers for Disease Control and Prevention (CDC), prescription drug addiction is now the fastest growing drug problem in the United States, and the FDA’s MedWatch system on psychiatric drugs reveals nearly 15,000 reports of psychiatric drugs causing violent side effects, including 1,500 cases of homicidal ideation/homicide, nearly 3,300 cases of mania and 8,200 cases of aggression. 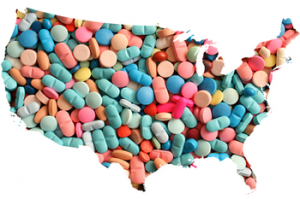 Really, what part of this data is tough to understand? It’s a no-brainer. Mental health, psychiatric drugs and violence are the common denominator among the growing list of killers. How many more have to die before the mental health industry is held responsible, and accountable, for this deadly “treatment?”