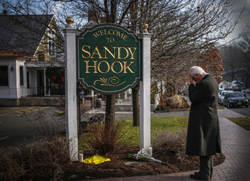 “Considering equally everything that is known about Lanza’s mental health 'treatment,' it seems more relevant for lawmakers to start asking the tough questions about the effectiveness of the psychiatric 'treatment' being provided by the mental health industry.”

Beyond the terror and tragedy associated with the all too common school shootings, a standard response by lawmakers appears to be a continual financial windfall for the booming mental health industry, even when there is no evidence that increased spending on mental health services is warranted.

A case in point is the 2012 tragic incident at Sandy Hook Elementary school. Literally within minutes of the mass shooting, the media trotted out psychiatric mental health “guessperts,” providing their uninformed opinion about the need for additional spending for mental health services.

Recall that the non-profit organization, Ablechild.org, sued the State of Connecticut in order to get the coroner to release Lanza’s complete toxicology report, autopsy and medical/mental health history. Claiming privacy concerns, this important information, which could possibly help in understanding Lanza’s actions, still is shrouded in mystery.

But this lack of facts about Lanza’s mental health “treatment” has not stopped lawmakers throughout the country from acting on psychiatrists’ self-serving advice and going into mental health crisis management mode.

Consider that in the wake of Sandy Hook, at least 37 states have increased spending on mental health, which includes mental health awareness programs, treatment options, accessibility to services for children, educating teachers and students about how to identify mental illness and, of course, gun control (meaning, controlling who gets and doesn’t get a gun depending upon their “mental illness.”) This, despite psychiatrists admitting they can’t accurately identify who is likely to become violent and that the diagnosis of “mental illness” is not a precursor for violence.

Connecticut has enacted some of the toughest measures, including restrictions on individuals who voluntarily admit themselves to a psychiatric hospital from obtaining a gun permit.

Additionally, Connecticut lawmakers have increased funding for community treatment teams to seek out people who need help and the State requires teachers to receive training on the emotional and social development of children.

All of these legislative measures occurred within months of the shooting incident at Sandy Hook, and still more increases in mental health services are currently working their way through the Connecticut legislature and others around the country.

Consider for a moment that it is quite possible that Lanza received the best mental health care that money could buy—that Lanza got all the therapy and psychiatric mind-altering drugs mental health could provide. If this is the reality, why would there be a need for increased mental health services?

Even law enforcement cannot, with any certainty, say what drove Lanza to carry out the massacre. Law enforcement, despite spending nearly a year conducting a “thorough” investigation, cannot provide one speck of evidence to support that the shooting occurred because Lanza lacked good mental health care.

Why, when these mass shootings occur, does it always have to be a situation where the shooter wasn’t receiving “good” mental health care? For the sake of argument, what if Lanza received the best mental health care available and that “treatment” actually contributed to his violent behavior?

Given the national data available about the connection between school shooters and prescription psychiatric drugs, this is not at all out of the realm of possibility. For example, between 1998 and 2013, nineteen school shootings occurred, taking the lives of 58 and wounding 115. All nineteen of those shooters were taking or withdrawing from a psychiatric drug and seven of them had been under the “care” of a psychiatrist or psychologist.

Despite the data regarding the serious adverse effects associated with psychiatric drugs, and coupled with the fact that there is no evidence that Lanza lacked “good” mental health services, one cannot help but wonder why legislators believe there is a deficiency in mental health services throughout the country.

In fact, considering equally everything that is known about Lanza’s mental health “treatment,” it seems more relevant for lawmakers to start asking the tough questions about the effectiveness of the psychiatric “treatment” being provided by the mental health industry.

Because this possibility has not even been mentioned, it appears that to have a lawmaker—any lawmaker—question the psychiatric “treatment” being practiced on the nation’s children is the equivalent of getting a root canal without the Novocain.