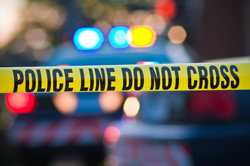 “While the data about the ever-increasing random shootings is important, it doesn't mean spit unless someone in a position of power is willing to seriously question what is causing the violent behavior. A beginning point might be to ask if there is a common denominator among the shooters.”

The U.S. Attorney General, Eric Holder, recently announced that the rate of mass shootings in the U.S. is increasing. Although the information could hardly come as a surprise to most Americans, what is interesting is that the nation’s top cop provided no clues as to what may be causing this severe increase in deadly violent acts.

As Holder reported, the annual number of mass-shooting incidents in the U.S. has tripled since 2009 and, remarkably, the average number of shootings has increased from 5 per year before 2009 to 15 per year since.

While the data about the ever-increasing random shootings is important, it doesn’t mean spit unless someone in a position of power is willing to seriously question what is causing the violent behavior. A beginning point might be to ask if there is a common denominator among the shooters.

For instance, at the same time that mass-shootings have increased in the U.S., so has the use of prescription psychiatric drugs.  If one considers this list of well-publicized shootings between 1999 and 2013, it is clearly evident that the majority of these shooters were either taking, or strongly suspected of taking, mind-altering psychiatric drugs.

The data that reinforce the psychiatric drugs and violence connection is overwhelming.

Of course, these data are just a small sample of the publicly available information that law enforcement, and lawmakers, could utilize in an effort to understand what may be causing the increased number of shootings.

But despite these overwhelming data, to date, there still has been no investigation by state or federal lawmakers, or law enforcement agencies, into the possibility that the increased use of mind-altering psychiatric drugs may be the common thread in the increased violent behavior.

Until this issue is addressed the mass shootings will continue to increase, the carnage will continue and the hypocritical and hollow words of sympathy and condolence will fall from the mouths of those who had the power to make a difference but not the courage to simply ask a question.