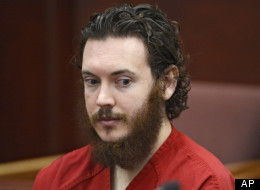 Before the shooting, James Holmes saw a psychiatrist at the University of Colorado, Denver

DENVER — Prosecutors in the Colorado theater shooting case said Thursday they want the mental health records of defendant James Holmes from the state hospital and from a university where Holmes was a graduate student.

In a court filing, prosecutors said they plan to submit subpoenas for the records and asked the judge to set Sept. 30 – the next hearing date in the case – as the day the records must be turned over.

Prosecutors said they are entitled to the records because Holmes pleaded not guilty by reason of insanity to multiple counts of murder and attempted murder.

Under state law, defendants who plead insanity must provide medical and mental health records to prosecutors.

Holmes is accused of fatally shooting 12 people and injuring 70 in a suburban Denver movie theater in July 2012. Prosecutors are seeking the death penalty.

Before the shooting, Holmes saw a psychiatrist at the University of Colorado, Denver, where he was a graduate student in neuroscience. Prosecutors want the records of that treatment. Read the rest of the article here

For more information on the link between mass shooters and psychiatric drug use read,“Another Mass Shooting, Another Psychiatric Drug, Federal Investigation Long Overdue”