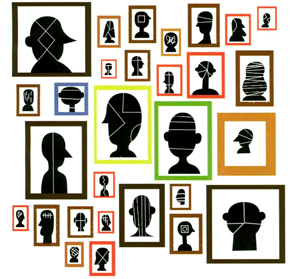 When the fifth edition of the American Psychiatric Association’s Diagnostic and Statistical Manual of Mental Disorders hits the stores on May 22nd, it will signal the end of a fraught thirteen-year campaign. Every revision of the D.S.M. causes controversy; that’s what happens when experts argue in public about the nature of human suffering. But never has the process provoked warfare so brutal, with attacks coming from within the profession as well from psychiatry’s usual opponents. Indeed, it’s possible that no book has ever been subject to such scrutiny in the course of being written. It is as if J. K. Rowling had produced her Harry Potter sequels in a glass studio with fans looking on and banging the windows whenever she typed something they didn’t like.

All the critics seem to agree on one thing, which is that the D.S.M.-5 will “extend the reach of psychiatry” further into daily life. That complaint has even united the psychiatrist who ran the last revision with the Church of Scientology. The new book will make many more of us eligible for psychiatric diagnoses, they argue, and thus for even more drugs than we are already taking. (More than ten per cent of American adults take antidepressants.)

But there is little reason to think that a new D.S.M. will increase the prevalence of mental-disorder diagnoses, and less to think that we will ever really know how many people are sick. Psychiatrists have never been able to establish the line between mental health and mental illness. As a result, ever since 1840, when the U.S. Census Office first asked states for an accounting of the mentally ill, doctors have been hard pressed to know how to supply it. Most counting methods have yielded suspicious results. The 1961 Midtown Manhattan Study, for instance, indicated that nearly eighty-five per cent of New Yorkers had some degree of mental disorder, a number that beggars common sense, unless perhaps you’re a Woody Allen fan.

The first edition of the D.S.M., published in 1952, was in effect at the time of the Midtown Manhattan study, but the researchers did not use it. They weren’t as interested in counting the mentally ill as they were in how many people suffered psychological distress of any kind or degree, and even if they had been, the disorders it listed did not have criteria that could easily be turned into survey questions. But the D.S.M.-III, issued in 1980, provided a set of criteria for each disorder (as has every D.S.M. since then), and epidemiologists almost immediately created test instruments keyed to the new manual. In 1992, they concluded that about twenty-two per cent of Americans would qualify for a D.S.M.-III diagnosis in any given year, and thirty-three per cent of us in our lifetimes. By that time, however, the D.S.M.-IIIR (“R” for “revision”) had been published, and, in 1994, a different research group, using the newer manual and an entirely different survey, turned up a one-year prevalence of 29.5 per cent and a lifetime prevalence of forty-eight per cent. That study came out just in time for the A.P.A. to release yet another manual, the D.S.M.-IV. And in 2005, researchers using the D.S.M.-IV found rates of twenty-six per cent in a year and forty-six per cent lifetime.

No one knows exactly what effect, if any, revisions to the D.S.M. have on these numbers. According to Ronald Kessler, the Harvard epidemiologist who ran the 1994 and 2005 projects, this “wasn’t a question we set out to answer.” Questioning all patients with both sets of criteria and then analyzing the results was an undertaking that would have distracted from other efforts, and, he adds, D.S.M.-related overdiagnosis just wasn’t a “burning issue” at the time. It is now, of course, but the A.P.A. didn’t directly address the question as it field-tested the D.S.M.-5.

Still, some tentative conclusions can be drawn. Michael First, a psychiatrist at Columbia and leading D.S.M. researcher, thinks the sharp increase between the D.S.M.-III and the D.S.M.-IIIR results has little to do with changes to the manual. “The prevalence appears to have changed,” he told me, “but this is most likely due to the differences between the instruments used to conduct the study.” N.Y.U.’s Jerome Wakefield, who has closely compared the two studies, explained that the earlier study “seemed to have a glitch. Subjects realized that if they answered yes to a general question they would then be asked a lot of detailed questions on the same subject, so they tended to say no as the interview wore on.” In the D.S.M.-IIIR study, researchers asked all the general questions up front and then moved on to specifics. Researchers used the same approach in the D.S.M.-IV study, and although the manual had added such popular diagnoses as Asperger’s syndrome and relaxed criteria for bipolar disorder and A.D.H.D., the overall prevalence barely budged. How many of us qualify as mentally ill appears to have more to do with how you count than with how many diagnoses are available.

The D.S.M.-5 is not likely to change that. Nor will it necessarily lead to more drugging of the populace. Drug companies are sure to seize on new diagnostic labels to get lucrative indications for their drugs, which they will then advertise to consumers who will in turn request the drugs from their doctors. But that won’t necessarily translate into an increase in diagnoses. Doctors don’t have to render diagnoses when they reach for the prescription pad. Seventy-two per cent of antidepressant prescriptions, for instance, are written in the absence of a psychiatric diagnosis. Indeed, disregarding the D.S.M.’s particulars may be the industry standard. As one D.S.M.-5 committee member told her colleagues at the A.P.A.’s annual meeting in May, “If the clinician’s gut feeling is that the patient has the disorder, it’s appropriate for them to get it [the diagnosis].” The D.S.M.-5 may only provide doctors with a new manual to ignore.

What will change with a revision is the prevalence of specific diagnoses. Come May 22nd, there will surely be more children diagnosed with disruptive mood dysregulation disorder, since that is a category new to the D.S.M.-5. And the prevalence of Asperger’s syndrome will certainly drop to zero, as the diagnosis is being eliminated. But the D.M.D.D. kids are probably already diagnosed with bipolar disorder or some other mental illness, and many of the displaced Aspies may end up on the autism spectrum created for the D.S.M.-5. Adding or subtracting a diagnostic label won’t necessarily change the overall prevalence of mental disorders any more than putting out a new Chevrolet model or eliminating the Oldsmobile badge would change the number of drivers.

The market for mental disorders is already enormous, thanks in part to the relentless effort of the A.P.A. to use the D.S.M. to convince us that our psychological suffering is best understood as diseases that should be treated by doctors. Psychiatrists don’t need any more disorders to expand the market; they only need franchise that allows them to dole out the diagnoses. Doctor or patient, we can all browse the updated catalog just as easily as we could the previous one—and as easily as we can browse Amazon for a book or video.

Of course, there are a couple of differences between G.M. or Amazon and the A.P.A. Cars and books are real, physical things; even by the A.P.A.’s own account, the D.S.M.’s categories are only useful constructs, the best psychiatrists can do until they figure out how to identify and classify mental illnesses in the same way other specialists now identify physical diseases. And the A.P.A., unlike those companies, has a monopoly on its market.

The D.S.M. has enormous impact on the public health. It determines which conditions insurers will cover, which drugs regulators will approve, which children will receive special-education services, and which criminal defendants will be able to stand trial and, in some cases, how they will be sentenced. Psychiatry has already reached far into our daily lives, and it’s not by virtue of the particulars of any given D.S.M. It’s because the A.P.A., a private guild, one with extensive ties to the drug industry, owns the naming rights to our pain. That so significant a public trust is in private hands, and on such questionable grounds, is what we ought to worry about.