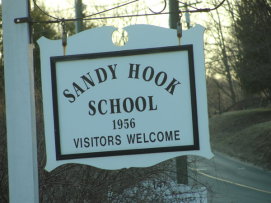 AbleChild is a non-profit organization that represents the interests of parents, caregivers, and children.  It seeks to ensure the safety of caregivers in every state, including Connecticut, when those whom they care for are diagnosed as mentally ill and prescribed drug treatments that may induce adverse events.  In response to a growing body of evidence associating psychotropic drugs with thoughts of murder, homicide, or suicide, AbleChild requested disclosure of the autopsy, toxicology, and prescription drug records of Adam Lanza so that an evaluation can be made:  (1) to determine if those drugs contain agents associated with increased thoughts of hostility, murder, homicide, and suicide; and (2) to determine if such drugs contributed in whole or part to Adam Lanza’s commission of murder and suicide.

On March 19th, the Connecticut Office of the Chief Medical Examiner (OCME) denied AbleChild’s request for information, claiming that records were private documents.  AbleChild challenges that decision on six grounds, including Constitutional claims under the First Amendment to the United States Constitution (and related clauses in the Connecticut Constitution).  The interplay between private government function and public transparency is at the core of this dispute.  The United States Supreme Court recognizes a constitutional right to gather information under the First Amendment.

The use of psychotropic drugs is prevalent in mental health fields.  Of course, not all patients entertain thoughts of criminal activity, or act on those impulses.  In a percentage of those patients, however, treatment with certain drugs may substantially increase the likelihood of an adverse event.  Information presently available correlates certain drugs with outrageous criminal behavior.  AbleChild reports, for example, that: