CDC director: ‘Misuse appears to be growing at an alarming rate’ 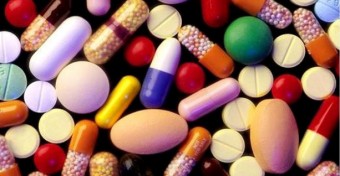 More than a decade after a national scandal regarding the over-prescription of Ritalin and similar drugs to millions of American children diagnosed with attention deficit hyperactivity disorder, or ADHD, the federal Centers for Disease Control and Prevention now reports a far highter rate of diagnosis than a decade ago.

The CDC survey completed last year found an estimated 6.4 million children ages 4 to 17 had been diagnosed at some point, a 53 percent increase over the past decade.

Approximately two-thirds of those currently diagnosed have been prescribed drugs such as Ritalin or Adderall. Those drugs can help patients with both mild and severe symptoms, but they can also cause addiction, anxiety and psychosis.

Previous studies have estimated 3 to 7 percent of children have ADHD. Although there is no defined test, it is usually diagnosed by consulting with patients, parents and teachers. The rapid increase in the number of diagnoses and the prescriptions has long caused concern among medical professionals, with the harshest critics alleging that children are being drugged to make them easier to teach in the public school system.

“Those are astronomical numbers. I’m floored,” Dr. William Graf, a pediatric neurologist in New Haven and a professor at the Yale School of Medicine, told the New York Times, “Mild symptoms are being diagnosed so readily, which goes well beyond the disorder and beyond the zone of ambiguity to pure enhancement of children who are otherwise healthy.”

And while CDC director Dr. Thomas R. Frieden told the Times “the right medications for ADHD, given to the right people, can make a huge difference,” he added: “Unfortunately, misuse appears to be growing at an alarming rate.”

He told WND psychiatric meds, including psycho-stimulents like Ritalin, as well as SSRI antidepressants, are vastly over-prescribed. (See video below.)

Indeed, it’s not just misuse of ADHD drugs that’s causing concern for many. The CDC also reports 11 percent of Americans age 12 and older are taking antidepressant medication. And a stunning 23 percent of women ages 40-59 take antidepressants, more than in any other age-sex group.

Another concern is a growing link between antidepressant and antipsychotic medications and violence. Psychiatric drugs are controversial not just because of their over-prescription and their side effects, but because about 90 percent of school shooters, according to Healy, were users of antidepressants, which all carry an FDA “black-box” warning of “suicidality.” 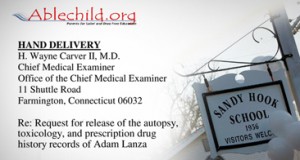 After December’s school shooting in Newtown, Conn., WND Managing Editor David Kupelian laid out case after case of mass shooters on antidepressants,” noting that “when certain people living on the edge of sanity take psychiatric medications, those drugs can – and occasionally do – push them over the edge into violent madness.”

Sales of stimulants to treat ADHD more than doubled between 2007 and 2012, from $4 billion to $9 billion, according to the Times report.

The spike is stoking fears that the drugs are being prescribed not merely to treat ADHD, but to enhance performance in school, improve falling grades or just to keep fidgety kids from disturbing classrooms.

“There’s a tremendous push where if the kid’s behavior is thought to be quote-unquote abnormal – if they’re not sitting quietly at their desk – that’s pathological, instead of just childhood,” Dr. Jerome Groopman, a professor of medicine at Harvard Medical School and the author of “How Doctors Think,” told the Times.

The number of teenagers prescribed such medications is expected to rise again soon. The criteria defining ADHD in the fifth edition of the Diagnostic and Statistical Manual of Mental Disorders will be changed specifically to allow even more adolescents and adults to qualify for a diagnosis, sources tell the Times.