NEW YORK – If lawmakers and authorities are truly concerned about stopping gun violence in schools, they need to take a close look at the prescription of psychotropic drugs for children and young people, says a leading psychiatrist.

The drugs are widely used in the U.S. as antidepressants by doctors working in the mental health field and increasingly by primary care doctors, he noted.

Healey insisted the problem today is that doctors working with schools to control the behavior of children are inclined to prescribe SSRI drugs without serious consideration of adverse consequences.

“The pharmaceutical companies made these drugs with the idea of making money,” he said. “There’s a wide range of problems when it comes to looking at these drugs for children. Very few children have serious problems that warrant treatment with pills that have the risks SSRI drugs have.”

The drugs can make children “aggressive and hostile,” he noted.

“Children taking SSRI drugs are more likely to harm or to injure other children at school,” said Healy. “The child may be made suicidal.

“We are giving drugs to children who are passing through critical development stages, and as a society we are really conducting a vast experiment and no one really knows what the outcome of that will be.” 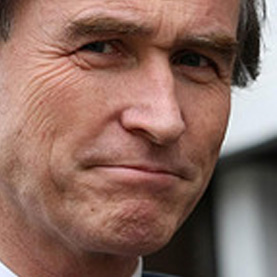 Healey cautioned that there is a very high correlation between mass shootings and use of the drugs.

“When roughly nine out of every 10 cases in these school shootings and mass shootings involve these drugs being prescribed, then at least a significant proportion of these cases were either caused by the drugs or the drugs made a significant contribution to the problem,” he said.

President Obama, in a series of 23 presidential memoranda and proclamations signed last week, called for the Centers for Disease control to undertake research to examine gun violence and to explore medical means to control the problem.

WND contended that putting more mental illness screening into schools would actually increase the incidence of school shootings, not reduce the violence.

“You can draw a line between the number of child psychiatrists in the United States and the number of school shootings, and you will find that both have gone up in the same direction at the same time,” he said.

He sees a “propaganda campaign” being conducted in the U.S. in the wake of the Aurora, Colo., cinema shooting and the Newtown, Conn., school shooting asserting gun violence is being caused by mental illness and could be stopped by additional school programs that screen for it.