Meanwhile investigators remain silent on the questions regarding Adam Lanza’s reported history of psychiatric medications. Some classes of these drugs have clearly linked to violent behavior. Other scientists regard the drugs as causative of episodes of violent behavior.  The Los Angeles Times reported Lanza’s former babysitter said Lanza was on some sort of medication since age 10. The former baby sitter, Ryan Kraft, is now an aerospace engineer in Hermosa Beach. Kraft said:

“I know there was something administered. I’m not sure what.”

And the Washington Post reported last month that a neighbor of Lanza’s, the suspected shooter in the Sandy Hook Elementary School killings, said that Lanza was on some form of medication. On Monday, December 17th, the Seattle Pi said that police had issued warrants for Lanza’s medical records to determine if Lanza was being treated for a medical or psychiatric condition, and what, if anything, was prescribed. No results of their examination of the records have been released. It has been reported that Lanza was diagnosed with a form of autism, for which a controversial class of drugs, known as SSRIs, have in the past been prescribed. Dr. Peter Breggin, a Harvard-trained psychiatrist and founder of the International Center for the Study of Psychiatry and Psychology, told the House Committee on Veterans Affairsin February of 2010:

“There is overwhelming evidence that the SSRIs and other stimulating antidepressants cause suicidality and aggression in children and adults of all ages.”

SSRIs, which stands for “selective serotonin reuptake inhibitors” are disproportionately linked with violent behavior in studies such as one from the Institute for Safe Medication Practices. Time Magazine reported the results of the study in a January 2011, article entitled “Top Ten Legal Drugs Linked to Violence.” The article named 31 drugs that are disproportionately linked with violent behavior. In an article “The Batman Shooter and His Psyche Drugs,”Dr. Gary G. Kohls, MD, detailed the research on thousands of recorded incidents of violence linked to SSRIs. In the article Dr. Kohls wrote of the presence of certain psychiatric medications in almost all recent notorious mass shootings such as “the Batman shooter” in Aurora, Colorado, and the killings at Columbine. Kohls said:

“The thousands of examples reported…represent just the tip of what surely is an enormous iceberg, since even the FDA estimates that as many as 99% of adverse events from any given drug is never reported to that agency.”

DNA testing ordered The testing of DNA for genetic mutations which may be predictors of criminal behavior is a hotly debated science. Robert Nussbaum, a geneticist at the University of California, San Francisco, told Bloomberg News:

“It’s a shot in the dark that’s unlikely to show anything…If they find something associated with autism, I’m afraid that it might have the effect of stigmatizing autistic people. I can see a whole morass coming out of this.”

A call by this reporter to the Newtown Police Department, Public Affairs Office, for comment has not been returned. 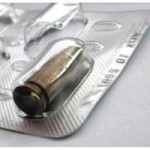 Despite 22 international drug regulatory warnings on psychiatric drugs citing effects of mania, hostility, violence and even homicidal ideation, and dozens of high profile shootings/killings tied to psychiatric drug use, there has yet to be a federal investigation on the link between psychiatric drugs and acts of senseless violence.