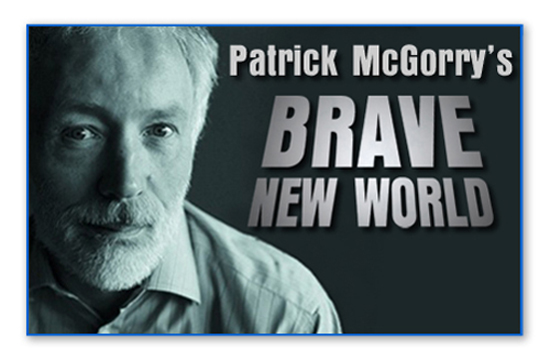 Psychiatrist Patrick McGorry promotes a highly dangerous and outrageous agenda of pre-diagnosing youth as mentally ill "before" they develop it...

I had to laugh at the article from the Herald written last August.

The article,  written by Brigid O’Connell, lays claim that McGorry has become the target by the Church of Scientology after he and other psychiatrists spoke out against them.

I think you will find that it’s the other way around.

You see, McGorry has devised a program whereby it could be…um…guessed through early intervention if children would develop a mental disorder in later years. Your modern day DeLorean time machine if you will.

One would imagine that such a test would involve some sort of brain scanning machine or maybe a series of blood tests. Nope… just form filling or rather box-ticking. That’s all the info the early intervention program needs to diagnose [stigmatise] a child…or rather “predict” if a child will fall foul to a mental disorder. Hey, and McGorry and friends know exactly how to treat this invisible futuristic illness too.

I find it odd that McGorry would cry victim, even more so that he would claim to be the target of “harassment.” Would he do the same if Joe Bloggs requested information under the Freedom of Information Act or is he just pissed at CCHR? If the Catholic Church were to request such documents would McGorry & Co scream that they were being victimised?

For the record Paddy [McGorry], I’m not a great fan of yours either. I’d also like to see if you are funded by the industry and would ideally love to take a ride in your Delorean to predict now if I will get an ingrowing toenail when I’m 55. “Please Massa, show me the boxes to tick. I promise to be a gooooood patient”

Oh, I’m not a Scientologist either but have won two human rights awards from CCHR. Geez, they must have “brainwashed” me [which, by the way Paddy, only your drugs can do]…can your early intervention program undo what they have done to my brain? Can you give me some drugs please Paddy?

Come on Paddy, be a good little psychiatrist and show the world that you have nothing to hide…unless of course you have something to hide? Show the Aussie government the $3.5 billion “investment” plan for its kids you want to rip off the taxpayers isn’t gonna be used to put them on antipsychotics that those drug companies which probably fund you are going to benefit from. Is this really why you feel harassed – you may not get your booty?

The only way people can seek the truth is by going through proper channels, namely by using the Freedom of Information Act. That’s their given right, Paddy! Everyone has a right to use this tool be they Scientologists, a human rights movement, someone who claims to be from the planet Zog or someone who has delusions that Shania Twain will one day mattress dance with them.

Oh by the way, I walk under ladders as I’m not very superstitious – if I were to avoid walking under ladders I’m sure your profession would label me with some disorder, have me drugged to the eyeballs, restrained and injected with experimental drugs. Maybe you can tell me if I will walk under ladders in future years?

Face it, your crystal ball is no more effective than a fortune teller at the end of a seaside pier. At least she has the signs outside telling customers that she is paid for her crystal ball gazing.

Your Delorean needs a new flux capacitator Paddy. CCHR are coming to getcha…and there are many who support their work.