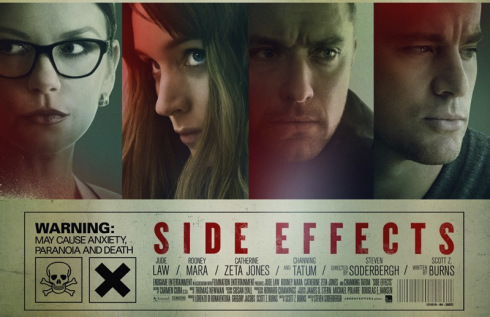 The “cat’s out of the bag” about the numerous convoluted twists and turns that make up what Rex Reed called “a tank of twaddle called Side Effects.” And, rather than guess, much to his credit, Reed was honest enough to admit, “I have seen it twice, and I still don’t know what it’s about.” Fair enough. It’s easy to see how anyone could be confused about the underlying story line.

Aside from the razzle-dazzle of yammering on about every antidepressant known to man (including a new and fictitious antidepressant called Ablixa), some very brief blather about the adverse side effects of the new psychiatric drug, psychiatrist/patient sexual abuse and, oh yeah, a bloody murder scene, there really isn’t anything new to get excited about. 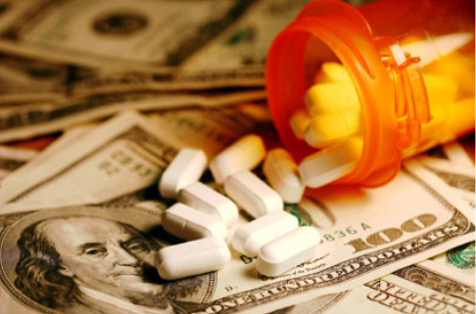 Recently some of the nation’s top researchers, clinicians and scientists convened in Washington D.C. for the first annual Selling Sickness conference–examining how Pharma “sells” diseases to move the medications intended to treat them. Examples of Pharma’s disease-mongering business model abound, especially since direct-to-consumer advertising began in the late 1990’s. 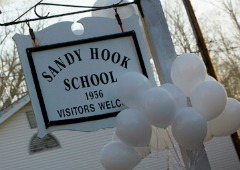 A mother who is an advocate certified under the state General Assembly, Sabato suspects Lanza may have been taking psychiatric drugs that triggered the mass shooting. She’s organized a petition drive and garnered more than 200 signatures in two days around Newtown calling for the state to release Lanza’s autopsy/toxicologyrecords. She’s also testified before a state legislative sub committee studying mental health services in the wake of the Dec. 14 shooting. 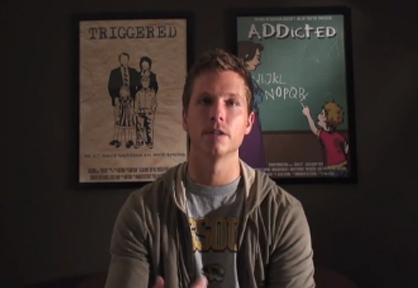 Dan Jenski, a thirty-something generation Yer or “millennial”, has issues with the mental health diagnosis of his generation and the use and abuse of prescription mind-altering drugs.

As part of the generation that grew up with easy access to computers, instant internet connections and smart phones, Jenski is utilizing those tech savvy skills to raise awareness thru film about the mental health abuse he personally witnessed and the toll it took on his generation. 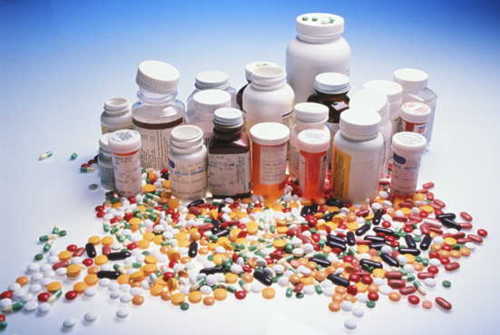