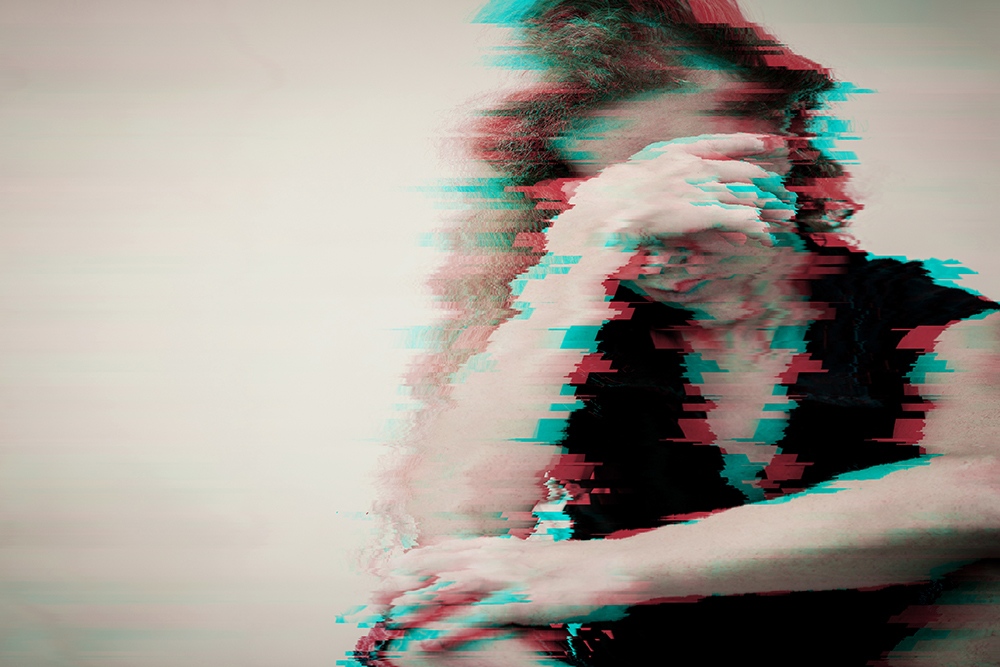 ”Unproven theories falsely lay life’s ups and downs at the altar of the brain when, in fact, psychedelic drugs have been used in the past to mimic psychosis and for mind-control experiments. They would set a dangerous trend if used today.” – Jan Eastgate, President CCHR International

The Citizens Commission on Human Rights International says the trend in researching psychedelic chemicals to treat behavioral and emotional issues as an alternative to antidepressants is indicative of treatment failure. Antidepressants record a 30% failure rate and now older, discredited practices, such as LSD and psilocybin, are set to replace them.

CCHR says that returning to the “turn on, tune in, drop out” effects of psychedelics from the 1960s and 70s is an attempt to instill the past failures and dangerous side effects into mental health practice today. “Bad ideas don’t get better with time,” it says.

Hallucinogens were banned worldwide in the 1960s and 1970s for good reason, CCHR says. Medical experts noted LSD induced a “psychotic psychedelic experience characterized by intense fear to the point of panic, paranoid delusions of suspicion or grandeur, toxic confusion, depersonalization” and all of these could “be of powerful magnitude.”[1]

CCHR reports that some of its chapters—among hundreds throughout 30 countries—are alerting CCHR’s international headquarters in Los Angeles of widespread psychedelic research being undertaken. In Switzerland, where LSD was first discovered in 1943 by Albert Hofmann, a recent conference brought together researchers, psychologists and psychiatrists in Lausanne to discuss hallucinogens as an alternative to antidepressants. One theory discussed was that when taking LSD or MDMA (also known as Ecstasy or, generically, methylenedioxymethamphetamine), the patient goes into a modified state of consciousness that “facilitates the creation of new connections between his neurons.”

”Unproven theories falsely lay life’s ups and downs at the altar of the brain when, in fact, psychedelic drugs have been used in the past to mimic psychosis and for mind-control experiments. They would set a dangerous trend if used today,” Jan Eastgate, president of CCHR International said.

The conference, attended by nearly 200 people from all over Europe, offered continuing education credits to psychologists and psychiatrists, reinforcing the use of more mind-altering chemicals, while the thrust of new attention on these drugs is based on profit-motivated theories, not scientific facts.[2]

The Telegraph in the UK recently reported that the future for treating depression is likely in psychedelics, including the “date rape” drug, ketamine, and psilocybin, the active ingredient in magic mushrooms. With this came the predictable rider—that “scientists are still not entirely sure how [psilocybin] works.” One theory offered for ketamine is that it “may” help repair “damaged connections between cells involved in mood.”[3] However, scientists also don’t actually understand how ketamine “works” on depression.[4]

Eastgate points out that “these theories take on their own momentum, repeated so often that consumers believe them to be facts, as occurred with the SSRI antidepressant marketing scam in the early 90s, claiming these corrected a ‘chemical imbalance in the brain,’ a theory now thoroughly debunked.”

Yet in spite of their long-established risks, hallucinogens are being promoted with the lure of stunning profits in bio-tech companies that envision a George Orwell utopian Brave New World, Eastgate added. In February of 2021, U.S. News reported that more psychedelic companies are going public: “Competition among the dozens of biopharmaceutical companies is fierce. Many are seeking more capital to conduct expensive and lengthy drug trials and develop intellectual property to synthesize the molecules to help treat various mental disorders. The companies that can bring their psychedelic drugs to the market first will emerge from the pack and could likely hit a home run.”[5]

Media suggested that Johnson & Johnson—a company that has paid out millions of dollars in civil settlements in relation to its antipsychotic, Risperdal, causing devastating adverse effects—may have “kickstarted psychedelic medicines’ move into the mainstream when its ketamine-like drug,” was handed an approval from the FDA to treat depression.[6]

Not surprising was that in 2020, an article published in the American Psychiatric Association’s Psychiatric Services magazine, expressed: “Psychiatrists should be integral to models of psychedelic prescription and patient management…. If psychedelic drugs become approved as treatment modalities, psychiatrists should be responsible for their prescription and the management of patients receiving them.” Further, “Given psychedelics’ stigmatization as a potential mechanism for ‘mind control,’ resulting largely from governmental experimentation with the compounds, ethical practice will require psychiatrists to be as informative and transparent with patients as possible regarding psychedelic effects before their administration.” 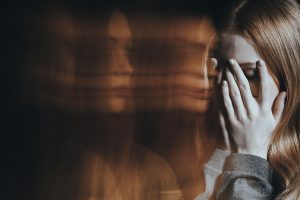 Psychedelic drugs can potentially disrupt the logic of one’s thought process, therefore patients may lose the capacity to understand information provided to them or to rationally manipulate information to make a medical decision during a session.

Astoundingly, it stresses that informed consent may be compromised by the drugs: “Because of the potential for psychedelic drugs to disrupt the logic of one’s thought process, patients may lose the capacity to understand information provided to them or to rationally manipulate information to make a medical decision during a session. Therefore, the informed consent procedure conducted before the session must establish a patient’s wishes in certain scenarios that may arise.”

Disrupt patients’ thought processes to a point where they can’t understand important information about their own healthcare? This is therapeutic? Perhaps, for the person billing for administering the drug.

The article continues: “Patients should understand that they may become a risk of harm to themselves or others (e.g., because of paranoia, agitation, or efforts to move while disoriented). Patients should know that, in such cases, they may not have the capacity to refuse efforts to reduce the risk of harm (e.g., restraint or, less likely, the application of a sedative). Establishing the patient’s preferences and educating the patient about the risk of adverse events before the session are necessary to reduce the risk of unexpected outcomes and claims of malpractice or battery.” [Emphasis added][7]

Instead of warding off psychedelic drug research, the APA has embraced it and jumped on to what is increasingly promoted as a potentially lucrative bandwagon. Its Work Group on Biomarkers and Novel Treatments (a component of APA’s Council on Research) has already published a detailed report on the clinical application of psychedelic drugs in psychiatric disorders. Colin Reiff, M.D., a clinical assistant professor of psychiatry at New York University Langone Health, stressed that the APA work group believes “the evidence is strong enough that we are ready to move beyond small studies funded by private groups or philanthropy,” Reiff said. “This field needs National Institutes of Health [NIH] support.” William McDonald, M.D., the J. B. Fuqua Chair for Late-Life Depression at Emory University and a member of the APA work group (as well as a major advocate for brain-damaging electroshock treatment), also suggested that the National Institute of Mental Health or National Institute on Drug Abuse host a small symposium where they could lay out what they expect in order for researchers to obtain federal funding. An international symposium on psychedelic research was also recommended in search of the holy grail of mind-altering drugs.[9]

APA’s Diagnostic and Statistical Manual for Mental Disorders (DSM) already has billing codes for hallucinogen disorders related to LSD, MDMA, ketamine, magic mushrooms (psilocybin), peyote (mescaline). As such, the effects of hooking patients legally onto these drugs as “therapy” can be explained away as another disorder—more dollars in psychiatrists’ pockets.[10]

No doubt buoyed by psychiatry’s fascination with yet another promised but failed category of “miracle drugs,” investments in bio-tech companies with a psychedelic drug focus offer prospective investors ways to invest in the burgeoning psychedelic drug industry. Psychiatrists embrace this with about as much concern about the adverse impact on societal mental health as investing in the Sinaloa Drug Cartel.

With marketing, there is an anticipated $7 billion psychedelics industry, adding significant profits to the already $80 billion a year spent in worldwide psychiatric drug sales.[11] The global antidepressant market alone was estimated at $5.2 billion in 2019.[12]

“Psychedelics are set to disrupt the multi-billion-dollar alcohol, tobacco, pharmaceutical, and health and wellness industries,” according to one investment company.[13] 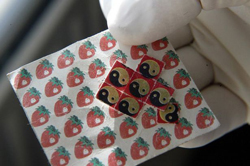 In the 60s-70s, hallucinogens quickly went from the psychiatrist’s couch to the streets. Legalizing the drugs for prescription mental health use today will inevitably see the same. About one-fifth of global drug users consumed psychedelic drugs such as magic mushrooms (20%) or LSD (19.7%), according to 2017 statistics.[14]

An Ontario-based corporation engaged in the production, growth and sale of “magic truffles” to the legal, recreational market in the Netherlands issued this statement: “We are planning for and believe in an entire world where one day adults may legally have the ability to access natural-occurring psilocybin.”

In preparation for widescale use, another biotechnology company that develops psychedelic “medicines” announced its Psychedelics Genetic Test Kit is now available for sale in the United States. The kit analyzes DNA biomarkers along with pre-screening mental health surveys—arbitrary, subjective, not scientific-based questions—in order to allegedly provide insights into the potential of adverse or non-reactions with the use of hallucinogenic drugs.

In the U.S., a 150-hour training program, commencing in January 2022, provides attendees certification as a “Psychedelic-Assisted Therapy Provider,” marketing the profitable idea to “accelerate your therapy practice with the power of psychedelic medicine.”

But some mental health experts have urged restraint. Allen Frances, a professor emeritus and the former chair of psychiatry at Duke University, who was not involved in a study using MDMA, warned that new treatments “are never as wonderful as first they seem.” “All new treatments in medicine have always had a temporary halo effect by virtue of being new and by promising more than they can possibly deliver,” Dr. Frances said.[15]

The Food and Drug Administration has already given three psychedelic drugs, including MDMA and psilocybin a “Breakthrough Therapy Designation” that could speed up future approval of these mind-altering drugs. Clinical trials of LSD for “Assisted Therapy for Anxiety” and another using smaller amounts of LSD, known as micro dosing, are already extant for Adult Attention Deficit Hyperactivity Disorder (ADHD), although psychiatrists admit they have no scientific or medical test to confirm a diagnosis of ADHD.[16]

“Microdosing” is already common—using low dose psychedelics such as LSD and psilocybin mushrooms in one’s weekly routine, which has been marketed as “enhancing” levels of “creativity, energy, focus, and improved relational skills.” In other words, instead of accessing ones’ inherent abilities in these areas, take a mind-altering drug, or, theoretically, a swig of scotch every morning—the latter a practice which would be considered substance abuse. And, in contrast to the marketed “benefits” of “turning on,” it can impair focus, increased anxiety, impaired mood and energy, confusion, disorientation, racing thoughts, and poor memory. Add to this the fact that microdosing is actually illegal.[17]

As an article pointed out this year, “Despite the consequences, professionals are microdosing to enhance their performance in the workplace. San Francisco became the acid capital of the world in the 1960s, now the home of Silicon Valley, the global center of high technology and innovation. With this exciting correlation, it may be no surprise that the city is leading the microdosing movement.”[18]

On November 5, 2021, Forbes warned that while research on psychedelics “has never been so eagerly pursued, it’s not a panacea, and it doesn’t come without risks.” “[Psychedelic] therapy abuse—including therapists and doctors having sex with clients—has a history that reaches back to the early days of LSD…,” wrote Will Hall, therapist and therapy abuse survivor. “[T]he stakes are considerably higher when a client is under the influence of a psychedelic.”[19]

CCHR is committed to cleaning up the field of mental health, insisting upon workable methods that are not mind-altering or brain-damaging. The resurrection of past failed and dangerous treatments are an indictment of the shocking failure of what passes for mental health care today—piling one failure on top of another.

[2] PSYCHIATRY: LSD instead of antidepressants: the promising bet of young researchers, 20 Minutes, 1 Nov. 2021