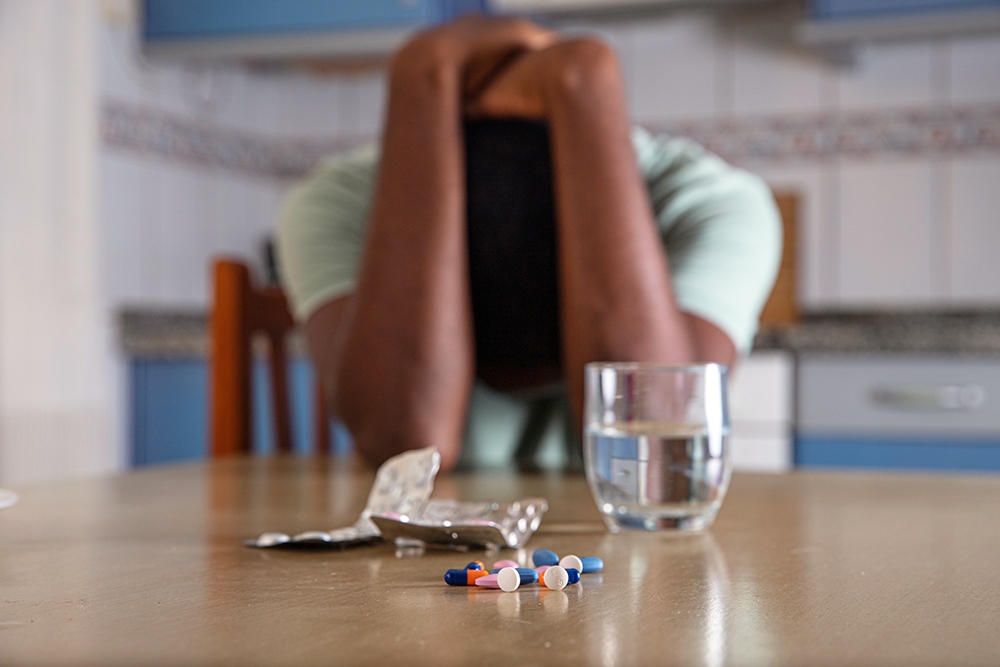 “The person who walks the street having a spirited conversation with himself, his body jerking and tongue lolling about, is in the grip of tardive dyskinesia (TD) — prescription drug-induced bodily damage.” – Rev. Fred Shaw, CCHR International spokesperson and president of the NAACP Inglewood-South Bay branch

Advertisements on television tell consumers that their “mental health” medications may cause a condition known as tardive dyskinesia (TD from tardive, meaning “late” and dyskinesia meaning, “abnormal movement of muscles”). However, what needs to be made abundantly clear is that TD is drug-induced irreversible damage that looks like Parkinson’s disease. Neuroleptics cause involuntary movement of the lips, tongue, jaw, fingers, toes and other body parts. CCHR says it’s a “revolving door” effect: antipsychotics are prescribed, but cause a disfiguring condition, which is then further diagnosed as another mental disorder, for which a second or third medication is prescribed—with more side effects.

TD occurs in 20%-50% of patients taking antipsychotics.[1] Within the first year alone of neuroleptic treatment it can appear in 5% of patients.[2] TD has also been linked to antidepressants, mood stabilizers and stimulants.[3]

Studies show that TD can be irreversible and can persist long after the drugs causing the symptoms are stopped.[4]

Drug-induced TD is also higher in women who have incidence rates as high as 30% after one year of cumulative exposure to antipsychotics.[5]

Race also plays a factor in determining the prevalence and incidence of medication-induced TD. African Americans are more likely to develop TD than Americans of European descent.[6] They are also over-represented in antipsychotic prescriptions.

Juries have recognized drug-induced TD. In one case there was a $1.6 million verdict where the long-term antipsychotic drugging was established as causing TD.[8] A Chicago jury also awarded $1.5 million to an autistic child who developed TD from prescribed antipsychotics.[9] There are many other cases with settlements up to $1.9 million.[10] An Alaska Supreme Court ruling determined, “Given the nature and potentially devastating impact of psychotropic medications” and “recognizing the risks of these drugs,” courts “have noted that the drugs may—most infamously—cause Parkinsonian syndrome [disease of the nerves causing tremor, muscle weakness, shuffling walk] and tardive dyskinesia.”[11]

“The person who walks the street having a spirited conversation with himself, his body jerking and tongue lolling about, is in the grip of TD—prescription drug-induced bodily damage,” Rev. Fred Shaw, spokesperson for CCHR International and president of the NAACP Inglewood-South Bay branch, said. He has long spoken out against the over-representation of African Americans prescribed antipsychotics and founded an educational website Task Force Against Racism and Modern-Day Eugenics.

CCHR says that psychiatrists and doctors prescribe TD-inducing drugs that cause this debilitating condition, then profit further from the treatment of it with yet more drugs. The side effect was renamed as a “neurological disorder” and added to the American Psychiatric Association’s Diagnostic and Statistical Manual of Mental Disorders (DSM).[12] This makes it a billable treatment.

More psychotropic drugs are prescribed to treat TD.[13] Common adverse effects of one approved TD-treatment drug include: fatigue, blurred vision, trouble with balance, coordination or walking, drooling, irregular heartbeat, and restlessness, inability to sit still, need to keep moving, and trembling and shaking of the fingers or hands—the latter being similar symptoms that antipsychotics cause: akathisia.[14]

In 2019, a manufacturer of both antipsychotics and a drug used to treat TD, predicted sales of its TD drug to reach more than $2 billion—which would be a 6,566% increase over its $30 million in sales reported in the first quarter of 2018.[15] Sales had more than doubled by 2019, rising to $74 million, a gain of 151% from 2018.[16] The same firm continues to reap profits from sales of antipsychotics that cause TD and this year had yet another approved to treat schizophrenia.[17]

In May 2021, the manufacturer, Teva, arrogantly launched a marketing campaign, “It’s Not OK” to increase “awareness” of TD, encouraging patients to say, ‘It’s not OK,’ but then driving them to their own prescription drug to treat it. There’s now even a Tardive Dyskinesia (TD) Week celebrated during “Mental Health Month,” with kits developed by the biopharmaceutical company, Neurocrine Biosciences, which manufacturers a TD treatment drug, valbenazine.[18]

Teva puts the number of patients that develop TD from certain mental health medications at one in four. “As we navigate through a global pandemic, we know there is an increase in individuals reporting symptoms of anxiety or depressive disorder,” said Brendan O’Grady, Executive Vice President and Head of North America Commercial at Teva. “Now more than ever, it is important to elevate our efforts to support individuals with TD and mental health conditions. We developed the ‘It’s Not OK – It’s TD’ campaign based on valuable insights from patients with TD, allowing us to put a much needed and authentic spotlight on the disorder and how it can truly impact well-being….”[19]

It is unconscionable marketing! A psychiatric drug causes a debilitating disorder from which patients may never recover and to obfuscate responsibility for causing this, invent another drug to cover up (“reduce”) the damage, then make it part of “mental health awareness.”

The much-needed spotlight should be on the American Psychiatric Association’s DSM; the Food and Drug Administration approving these drugs with no regulatory powers over how they are prescribed and the psychiatric-pharmaceutical cabal that develops marketing campaigns that seem benevolent—warning about TD—but deflect that they are profiting from both prescribing antipsychotics and drugs to treat the damage they cause.

Another serious adverse effect of antipsychotics is akathisia (a, without; kathisia, sitting; an inability to keep still) causes extreme restlessness, which can lead to violent behavior.[20]

All of these effects are not generally known to consumers, which is why guaranteeing them full informed consent rights has been a signature campaign for CCHR.