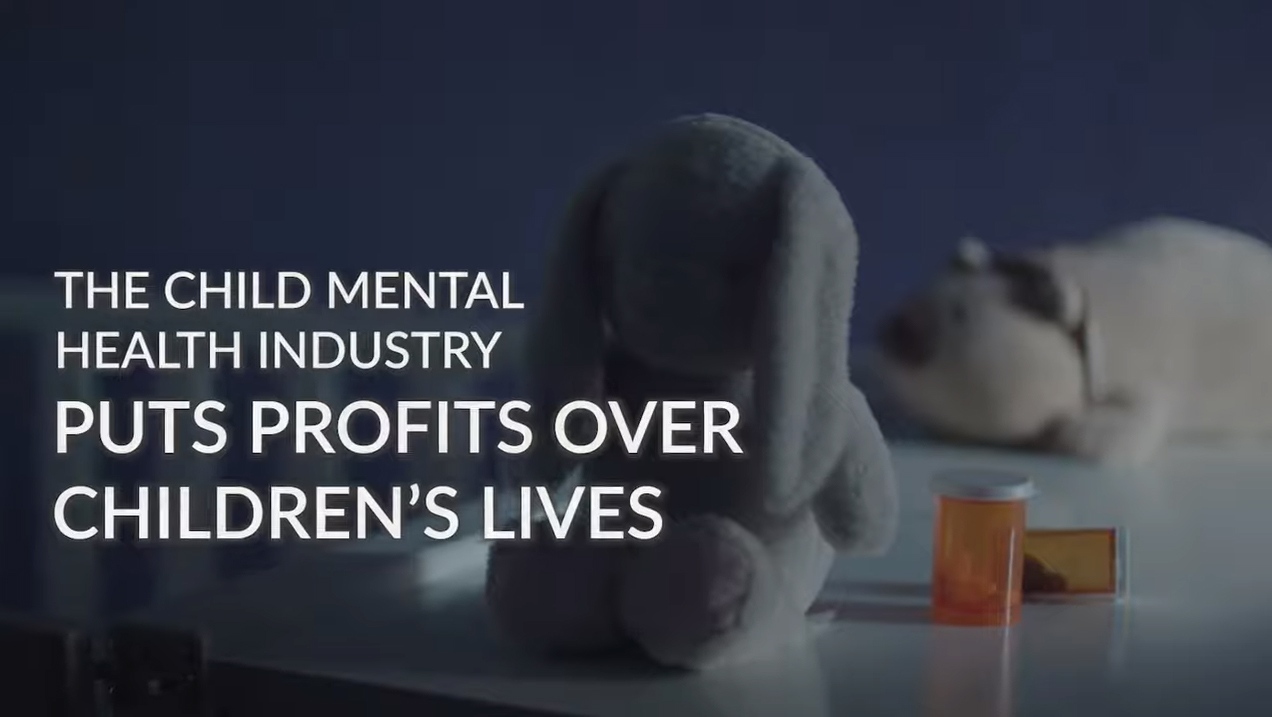 “The industry requires far greater scrutiny, exposure and accountability—until children are no longer being prescribed mind-altering drugs, electroshocked and restrained in psychiatric-behavioral facilities, putting them at risk of death.” – CCHR International

Citizens Commission on Human Rights International launched its latest Public Service Announcement (PSA) about the child mental health care system it says has become a multi-billion-dollar business putting children and adolescents at risk.[1] It is one of a series of PSAs the group has produced for its Fight For Kids (FFK) campaign, which aims to inform and educate parents, protect children and youths and advocate for rights to safeguard them against mental health industry abuse.

The Centers for Disease Control and Prevention reports 9.4% of U.S. children aged 2-17 years (approximately 6.1 million) have received an ADHD diagnosis, while 1 in 6 children aged 2–8 years (17.4%) had a diagnosed mental, behavioral, or developmental disorder.[2] CCHR questions this because there is no scientific or physical test to confirm these problems as medical conditions, requiring a biomedical intervention. IQVia Total Patient Tracker Database for 2020 reveals 6.1 million 0-17-year-olds in the U.S. are on prescribed psychotropic drugs of which 3.1 million were drugged with stimulants to treat ADHD.[3]

CCHR says that parents are saturated with misleading information about children’s mental health needs. Wanting only the best for them, parents can have a hard time conceiving that the mental health care system is fraught with dangers to. Parents often find out about the risks too late.

Well-meaning parents and teachers have been duped into believing that “normal” childhood behavior is a mental illness. See CCHR’s video CCHRInt: Childhood is Not a Mental Disorder – YouTube

Children and adolescents suffer the consequences of abusive psychiatric and behavioral hospitals. It’s a scathing indictment of a failed mental health system that is rarely held accountable. Particularly haunting are the deaths of children in residential facilities, ProPublica found. It reported at least 145 kids dying from avoidable causes over the last three decades.[6]

CCHR says the industry requires far greater scrutiny, exposure and accountability—until children are no longer being prescribed mind-altering drugs, electroshocked and restrained in psychiatric-behavioral facilities, putting them at risk of death.

CCHR helped obtain federal U.S. legislation that bans the practice of school personnel forcing schoolchildren onto a psychotropic drug as a requisite for their education and wants much broadener protections for children and adolescents.

[6] Heather Vogell, “Unrestrained: While evidence of abuse of the disabled has piled up for decades, one for-profit company has used its deep pockets and influence to bully weak regulators and evade accountability,” ProPublica, 10 Dec. 2011, https://www.propublica.org/article/advoserv-profit-and-abuse-at-homes-for-the-profoundly-disabled

[7] https://www.cchrint.org/2019/10/25/cchr-rails-against-use-of-commitment-laws-that-detain-patients-for-profit/, citing: Charlotte Huffman, et al., “Against Their Will: Locked away in a mental hospital after voluntarily seeking help,” WFAA News 8, 29 Jun. 2018, https://www.wfaa.com/article/news/local/investigates/against-their-will-locked-away-in-a-mental-hospital-after-voluntarily-seeking-help/287-520570575