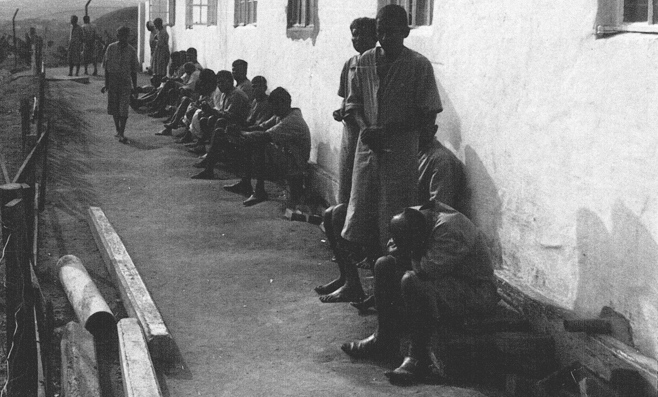 “Although psychiatry is expected to be a medical discipline which deals with the human being as a whole, in no other medical field in South Africa is the contempt for the person, cultivated by racism, more concisely portrayed than in psychiatry.” – World Health Organization, “Apartheid and Health” Report, 1983

With a 50-year history of fighting against psychiatric racism in South Africa and the U.S., watchdog praises inquest after five years investigating 144 psychiatric patient deaths. Warns against SA patients being returned to past apartheid-entrenched facilities; effective medical facilities needed.

Fifty-one years ago, Citizens Commission on Human Rights discovered South Africa’s secret psychiatric slave labor camps, where 10,000 Blacks were incarcerated, largely for violating apartheid laws. In 1978, CCHR obtained a World Health Organization (WHO) investigation that condemned the camps. WHO substantiated that in addition to Black South Africans being used for slave labor, there was also a high death rate among the Black patients incarcerated in the for-profit private psychiatric institutions.[1] This month, CCHR International is monitoring a current inquest being held into the deaths of 144 patients between March and December 2016 after they were transferred from the former apartheid hospital chain to unlicensed state community mental health centers.[2]

In South Africa, CCHR found that the death rate in the slave labor “hospitals,” owned by a company formerly known as Smith Mitchell, was more than twice that in American state psychiatric institutions.[4] Black patients were allowed to die from easily treatable diseases, the WHO confirmed.[5] The WHO’s 1983 report on the camps determined: “Although psychiatry is expected to be a medical discipline which deals with the human being as a whole, in no other medical field in South Africa is the contempt for the person, cultivated by racism, more concisely portrayed than in psychiatry.”[6]

In 1995, CCHR obtained a federal health ministry inquiry into the private facilities in South Africa that found racism was still rife, but this also forced the company to improve conditions—albeit without accountability for its former apartheid abuses. Smith Mitchell was renamed Life Care, of which Life Esidimeni was a 2,000-bed psychiatric facility.[7]

The health inquiry’s report, released in February 1996, was clear that: “Racism is still manifest in many aspects of psychiatric institutions” and “Culprits had committed gross abuses of patients with impunity.” This included frequent use of electroshock. In some hospitals “death certificates [were] falsified to camouflage the real cause of death.” The general treatment of patients, including involuntary commitment, isolation and drugging, had violated their “right not to be subjected to cruel, unusual and degrading forms of treatment.” Further, “The past policy of apartheid has been a source of malpractice and human rights violations.” Even after apartheid had ended, patients were being “treated as subhuman,” and children “made to bear conditions from which we protect the worst criminals in society.”[8]

It was also put on record: “As management of the institutions still remains largely in the hands of people who have previously implemented the policy of apartheid, this is still effectively maintained.” Moreover, “racial discrimination is still implemented in the most blatant manner as it is easy to do so with the patients who in the majority are not in a position to protest.”[9]

In 2016, the Gauteng Department of Health stopped funding Life Esidimeni and transferred patients to unlicensed community residential facilities, where 144 died.[10] There was global recognition at the time that South Africans caught up in the mental health system routinely suffered “gross human rights violations,” including “torture.”[11]

Many of the deaths were due to pneumonia and dehydration as the patients were hurriedly moved to 27 “poorly prepared” facilities in an apparent cost-cutting measure that showed evidence of neglect.[12] In 2018, police began investigating possible criminal charges against those involved.[13]  Former deputy chief justice Dikgang Moseneke also ordered the government to pay financial compensation to 134 claimants who were affected by the tragedy.[14] Moseneke awarded R1 million ($67,450) damages to the families who lost their loved ones and R1.5 million ($101,175) to the families of the relatives that survived. Shockingly, as of June 2021, this has yet to be realized by the bereaved Life Esidimeni beneficiaries.[15]

It has taken until August this year for an inquest to be held into the deaths and to also investigate accountability. Harriet Perlman, who developed an online Memorial and Advocacy Project for the victims said: “People want someone to be held accountable for what happened. One must not forget how cruelly people died and how hard it was to get compassionate and humane responses. People wouldn’t give answers; they lied and dismissed them.”[16]

CCHR says the actions, including government and police investigations as well as compensated being considered, are a significant reform compared to the coverup of the psychiatric abuses in the Smith Mitchell camps during apartheid. In response to its exposure of the camps, in 1976, the SA government passed a law making it a criminal offense to publish any exposure of the poor conditions in psychiatric institutions. Government officials had shares in some of the camps.

CCHR’s Task Force into Racism and Modern-Day Eugenics says that today licensed medical facilities not associated with now defunct Life Esidimeni should be established so that patients are not transferred back to facilities steeped in past atrocities of slave labor, electroshock treatment administered without anesthesia and patient deaths. Smith Mitchell was never held accountable for what occurred during apartheid.

Both CCHR and the Task Force want to see health facilities in SA that will first conduct thorough medical examinations of those admitted to rule out any underlying physical condition that may be manifesting in “psychiatric symptoms.” They stress the need for non-invasive treatments and effective rehabilitation.

In 1997, the task force’s founder, Rev. Frederick Shaw and CCHR International’s President, Jan Eastgate attended SA’s Truth and Reconciliation Commission investigating apartheid crimes. They asked the TRC to hold a special inquiry into the slave labor camps and psychiatric and psychological racism in the country, which occurred in November that year.

The two asked the Society of Psychiatrists of South Africa (SPSA) and later the American Psychiatric Association to issue a formal apology regarding psychiatry’s racist policies and practices that harmed Black Americans and South Africans.  Earlier this year, the APA publicly apologized, while in South Africa, its counterpart has refused.

The TRC reported that the SPSA “did not play a proactive role in ensuring that the human rights of mentally ill people were upheld” during apartheid. Further, “the health profession as a whole was not outspoken enough in its protests against abuses.”[17] A UN report also stated the SPSA had resorted to “blatant falsehood in its defense of South African psychiatric care.”[18]

CCHR, which was established in 1969, and is responsible for more than 190 laws worldwide that protect mental health patients, ensured SA repealed criminal penalties that apartheid psychiatry had gotten enacted which silenced any reporting of poor conditions in the Smith Mitchell camps.