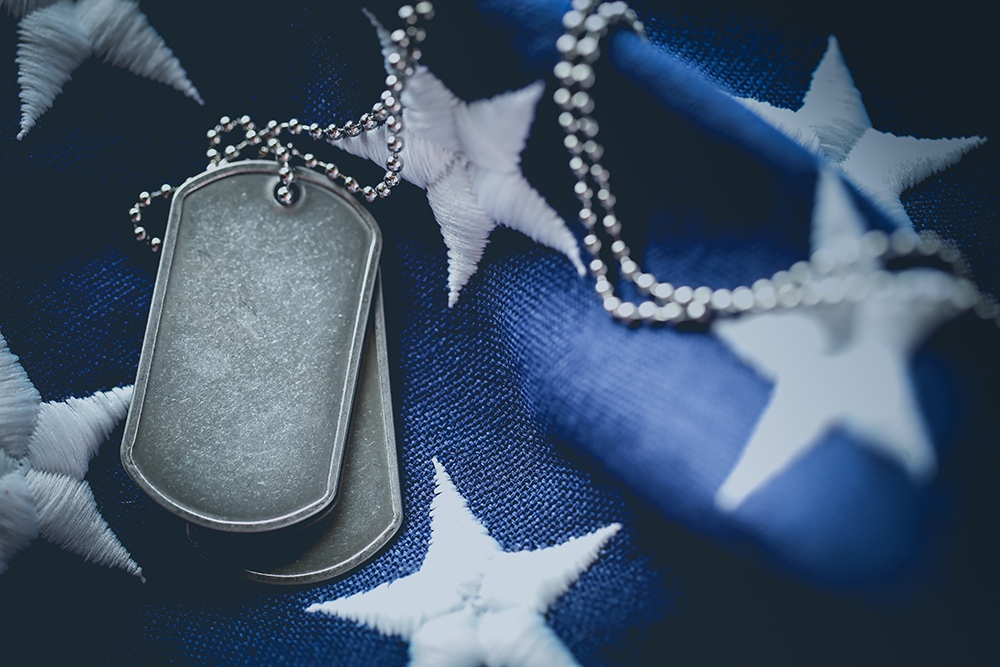 “Mental Health Month and Memorial Day are reminders that we are doing a great disservice to veterans and anyone in the military when mind-altering drugs and electroshock are used to treat their unique problems.” – Jan Eastgate, President CCHR International

Memorial Day falls on the last day of Mental Health Month. CCHR celebrates supporting veterans in their documentary, Hidden Enemy, and who speak out against enforced psychiatric treatment, including electroshock to treat trauma.

By CCHR International
The Mental Health Industry Watchdog
May 25, 2021

The Citizens Commission on Human Rights International (CCHR) honors veterans and active-duty military on Memorial Day on May 31, while supporting their concerns—as expressed in the group’s documentary, Hidden Enemy—about being electroshocked and prescribed cocktails of psychotropic meds that they argue have worsened their trauma. Between Tricare and Veteran Affairs, the Department of Defense (DoD) spent more than $70 million dollars on electroshock over an 8–10-year period.

Following up on veteran concerns, CCHR sought and obtained statistics on electroshock usage under the Tricare insurance system. It found that between 2010 and 2019, the latest available statistics, Tricare paid out $98.6 million for electroshock (ECT) and three other brain-intervention treatments on military personnel and their families alone. This astoundingly includes three children aged 0-5 electroshocked in 2018.

Of this total amount, nearly $18 million was for the administration of ECT—representing an 81% increase over the decade—and for treatment that carries risks of brain damage, memory loss, cognitive dysfunction, and potentially, even death.

During this 10-year period, the number of military and their family members that received ECT increased 13% (from 648 people in 2010 to 732 in 2019). This includes children aged 0-5, 6-12 and 13-17. CCHR says its incomprehensible that any child could be subjected to the “violence of electroshock sending up to 460 volts of electricity through the brain.”

“Electroshocking children is contrary to World Health Organization recommendations, as well as contravenes several United Nations bodies making it clear that non-consensual ECT constitutes torture—a five-year-old cannot legally consent to be electroshocked, and Tricare should be a party to such torture,” said Jan Eastgate, international president of CCHR.

The largest increase was for those aged 18–24 — a 226% increase. The highest number of individuals receiving ECT was in 2016, which recorded 14,687 electroshock treatments.

There was a whopping 7,690% increase in those receiving Transcranial magnetic stimulation (TMS) (from 31 people in 2011 up to 2,415 in 2019). It’s not clear how many of these were prescribed it for “mental health conditions,” as it is also used to treat physical conditions, such as epilepsy. TMS uses a magnetic coil to deliver high doses of magnetic stimulation, theoretically to relieve—but not cure—depression.

In addition to Tricare, Veterans Affairs (VA) reported that between 2012 and 2019, there was a 46% increase in the number of veterans receiving ECT. The largest increase over the eight years was in those aged 25–34 — a 124% increase. There was a 197% increase in the amount paid out by the Veterans Administration for ECT on veterans during this same period—over $52.5 million.

Veterans and their families also gave first-hand accounts of surviving the psycho-pharmacological assault used to treat trauma and other service-related conditions. This airs in CCHR’s documentary Hidden Enemy: Inside Psychiatry’s Covert Agenda, which reveals a high reliance upon cocktails of psychotropics being prescribed, some of which can induce suicide in those aged 24 and younger, and others that have led to sudden deaths. Lt. Col. Bart Billings, Clinical Psychologist U.S. Army Reserve, Ret. noted: “We have never drugged our troops to this extent and the current increase in suicides is not a coincidence.”[1]

There are hundreds of “sudden deaths” among veterans that have been prescribed massive cocktails of psychotropics. A leading neurologist Dr. Fred Baughman, Jr., ret., says these are “probable sudden cardiac deaths.” Yet the practice of prescribing seven or more drugs documented to cause cardiac problems, stroke, violent behavior and suicide (to name but a few of the adverse effects) is still prevalent.[2]

As one veteran Navy S.E.A.L told Los Angeles media, when he returned wounded from active duty, he was dosed with narcotic painkillers and psychoactive drugs, and stated: “I survived all this s..t in Iraq and everywhere else and then they nearly took me out with pills.”

Veterans are being newly given a “nasal spray” antidepressant, esketamine that has potential serious risks because of its molecular similarity to ketamine, a “club” and “date rape” drug that can cause disassociation, meaning victims enter a state in which they feel as if their mind and body aren’t connected.[3] Ketamine is also used as an anesthetic in electroshock treatment.

Esketamine comes with a prominent warning: “Patients are at risk for dissociative or perceptual changes after administration.”[4]  The dissociation can include difficulty with judgment, attention and thinking. According to one scientific study, esketamine was also associated with cognitive performance decline.[5]

Eastgate said, “Mental Health Month and Memorial Day are reminders that we are doing a great disservice to veterans and anyone in the military when mind-altering drugs and electroshock are used to treat their unique problems. We honor their service and in doing so, we need to ensure the best help is available for them, not treatments that could potentially kill in the name of veteran or military mental health care.”

CCHR has spent more than 50 years obtaining over 190 legislative protections against coercive and abusive psychiatric practices. It encourages people to report abuse and to take action against it.  And encourages support for a ban on ECT through its online petition.[6]