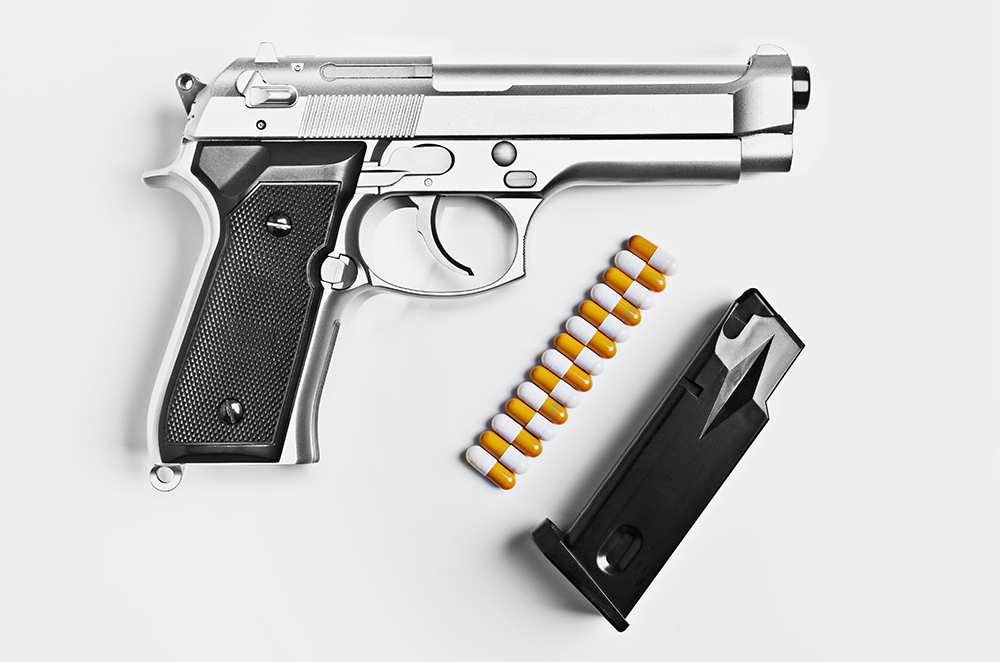 “The link between antidepressants and violence, including suicide and homicide, is well established.” – Patrick D. Hahn, affiliate professor of Biology at Loyola University Maryland

Spate of recent mass-shootings has reignited concern that psychotropic drugs, with dozens of drug regulatory agency warnings about the potential to induce violent and suicidal behavior, need to be investigated in each case.

With a re-emergence of mass shootings, Citizens Commission on Human Rights International (CCHR) reiterates its call for federal and state agencies to investigate potential links to such killings and psychotropic drugs that may induce violence. In the most recent incident, a 19-year-old shot and killed eight people and injured several others at a FedEx building in Indianapolis, before killing himself.[1] His family expressed heartfelt apologies to the victims. Only last year the suspect’s mother contacted law enforcement to report her son might try to commit “suicide by cop.” He was placed on a temporary detention mental health involuntary hold.[2]

An Indianapolis Metropolitan Police Department report from March 3, 2020, references the mental health check for suicidal tendencies.[3] The Behavioral Health Unit initiated psychiatric detention because he planned commit suicide by having police kill him.[4] Each year from 2015 to 2018, there were approximately 261- 290 “suicide-by-cop” shooting incidents.[5]

It’s not known whether he was prescribed psychotropic drugs that may have exacerbated his behavior. CCHR stresses that the drugs don’t excuse the crime. Not all people taking psychotropic drugs will become violent or suicidal, it says, but based on the drugs’ adverse effects, a certain percent will. With one in six Americans prescribed psychiatric drugs, even rare side effects can lead to violent incidents which warrants investigation by the authorities.

Ann Blake Tracy, Ph.D., head of the International Coalition for Drug Awareness, warns of a whole new vocabulary as a result of widespread antidepressant use—with its link to violent behavior—with terms such as “road rage,” “murder/suicide,” “going postal” and “suicide by cop.”[6]

In May 2015, a suicidal veteran fired 11 shots during an encounter with police in Spokane, Washington, for which he was found guilty of assault in February 2016. The man, aged 26, who worked at the Spokane Veteran’s Administration Hospital, testified that he was intentionally trying to force police to shoot him as a suicidal act. He had previously attempted suicide by overdosing on prescription drugs while on the antidepressant, paroxetine. Despite the fact that the drug can cause suicidal thoughts, doctors had this time doubled his dose of the antidepressant. He stated: “I should have never been put on that drug.  When I made my first suicide attempt, I should have been immediately taken off that drug.” The Spokane County Superior Court Judge regretted but was required by law to sentence him to 10 years in prison.[7]

A statistical analysis of more than three decades of data shows that in 2011 the U.S. entered a new period in which mass shootings were occurring more frequently. The annual number of incidents tripled from an average of five per year before 2009 to approximately 15 per year since, according to a U.S. Justice report. In 2004, the Food and Drug Administration placed its most stringent black box on antidepressant packaging to warn of the risk of suicidal behavior in those younger than 18, and later up to age 25.[8]

A 2015 Swedish study showed young adults between the ages of 15 and 24 who had filled prescriptions for antidepressants were more likely to be convicted of a homicide, assault, robbery, arson, kidnapping, sexual offense or other violent crime when they were on the drugs than when not. There was a 43% increase in their risk of committing violent crime while taking them.[9]

CCHR says the usual response to these mass killings, if committed by someone who has been under psychiatric treatment, is to demand for more mental health treatment and easy commitment laws to prevent mass killings, but this is patently false.

CCHR is a 52-year-mental health industry watchdog group which has helped obtain more than 190 laws worldwide to protect against psychiatric abuse. It provides a psychiatric drugs side effects database online for consumers to be better informed of potential risks reported to drug regulatory agencies.