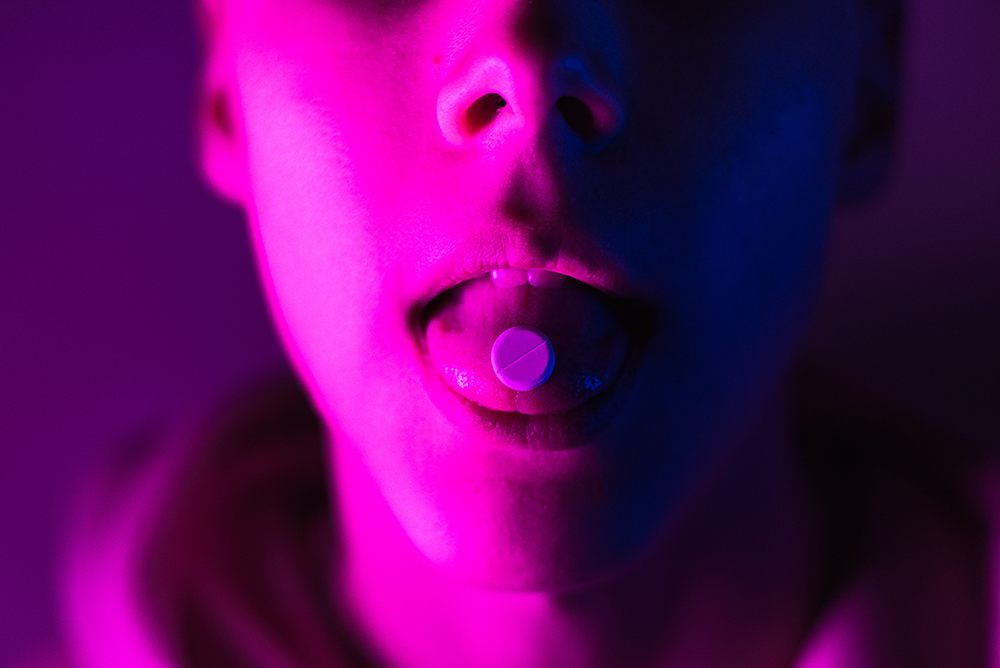 “We went through this in the 60s and 70s and it didn’t work then. Governments should not endorse a new wave of turning on and tuning out using psychedelic chemicals.” – Rev. Fred Shaw

Citizens Commission on Human Rights International (CCHR) warns against the growing wave of psychedelic drug promotion to treat psychiatric conditions. In February, psychedelic “therapy” was predicted to be imminent with a market likely to reach $7 billion by 2027.[1] Astoundingly, a psychologist suggests that African Americans not shy away from “psychedelic-assisted therapy,” and already offers ketamine for treating what she calls “racial trauma” at her clinic.

Rev. Fred Shaw, co-founder of CCHR’s Task Force Against Racism and Modern-Day Eugenics, reminded his community of the tragic case of Elijah McClain, a 23-year-old black man, who was killed last year during a police restraint when he was involuntarily administered ketamine. The drug is used as a tranquilizer by police departments that are attempting to avoid the liability of firearms and tasers.[2] A scathing independent probe into McClain’s death, released February 22, 2021, determined that a lethal dose of ketamine administered him had led to his cardiac arrest.[3]

Ketamine is most renowned as a “club” and “date rape” drug that causes disassociation—victims slipped the drug can enter a state in which they feel as if their mind and body aren’t connected.[4] When they wake up, there can be memory lapses, where they can’t account for a period of time, including when raped.[5]

The drug was the first legally prescribed psychedelic for so-called treatment-resistant depression.[6] Ketamine is also used to induce unconsciousness for the administration of electroshock treatment, masking the violence causing a brain-damaging grand mal seizure.

The Food and Drug Administration recently gave three psychedelic drugs, including MDMA (commonly known as Ecstasy and Molly) and Psilocybin a “Breakthrough Therapy Designation” that could speed up future approval of these mind-altering drugs. Clinical trials of LSD for “Assisted Therapy for Anxiety” and another using smaller amounts of LSD, known as microdosing, are already extant for Adult Attention Deficit Hyperactivity Disorder (ADHD). Psychiatrists admit they have no scientific or medical test to confirm a diagnosis of ADHD.

Some therapists have been skirting federal law by offering psychedelic drugs as therapy for 30 years, reminiscent of LSD sessions in the 1950s before the drug was banned and MDMA as “therapy in the 1970s.”[7] Medical studies show LSD can induce a “psychotic psychedelic experience characterized by intense fear to the point of panic, paranoid delusions of suspicion or grandeur, toxic confusion, depersonalization” and all of these could “be of powerful magnitude.”[8]

“Psychedelics are the last thing African Americans need to combat the effects of racism. These are mind-altering drugs that have been used on the black community to oppress them,” says Rev. Shaw.

Shaw said that in the 1950s at the NIMH Addiction Research Center in Kentucky, under Dr. Harris Isabell, drug-addicted African Americans were given LSD, keeping some hallucinating for 77 consecutive days. At this same center, healthy African American men were used in the 1960s as test subjects for the experimental drug, BZ, a military agent described as a “central nervous system depressant,” which was 100 times more powerful than LSD.[9]

In a 2020 article titled, “How psychedelic drugs are used as a tool of state violence: There is a long, racist history of psychedelic drugs being used to repress—and oppress,” the authors stated, “It is also no surprise that paralleling the rise of ketamine clinics across the United States, involuntary state-administered ketamine has been weaponized by police, in particular against Black people.” Elijah McClain, they said, “was snuffed out with the help of one of the medicines that the psychedelic community has been advocating for and using as a model for future medicalization.”[10]

Psycho-pharmaceutical treatments have been a giant failure—so now psychiatrists resort back to an earlier dangerous practice: psychedelic drugs. This ignores a root cause of this failure—a psychiatric diagnostic system that a former NIMH director stated lacks validity—the Diagnostic & Statistical Manual of Mental Disorders (DSM). This has led to nearly 80 million Americans already taking psychiatric drugs, who may have been otherwise helped without chemical interventions.  As of 2018, nearly one in eight Americans used antidepressants alone.[11]

Psychotropic drug side effects include anxiety, increased depression, heart irregularities, insomnia, confusion, abnormal thinking, impotence, sexual dysfunction, strokes and suicide to name but a few.[12]  Studies show that antidepressants can also cause “a general reduction in the intensity of the emotions” experienced, with consumers describing themselves as feeling “dulled,” “numbed,” “flattened,” or “blocked.”[13]

“Now, psychiatrists and psychologists want to add psychedelics to this epidemic of potentially harmful psychotropic drug use,” Shaw says. “We went through this in the 60s and 70s and it didn’t work then. Governments should not endorse a new wave of turning on and tuning out using psychedelic chemicals,” he adds.

Denver, Oakland and Santa Cruz, California are among the first American cities to legalize psilocybin. A recently approved measure in Oregon decriminalizes LSD. Legislation has been moving forward in New Jersey, Washington, D.C. and Vermont to downgrade the severity of punishments for possession of psychedelics.[14]

[2] Jonathon Dickinson, Dimitri Mugianis, “How psychedelic drugs are used as a tool of state violence: There is a long, racist history of psychedelic drugs being used to repress—and oppress,” Salon, 1 Aug. 2020, https://www.salon.com/2020/08/01/how-psychedelic-drugs-became-a-tool-of-state-violence/; Claire Lampen, “What We Know About the Killing of Elijah McClain,” The Cut, 22 Feb. 2021, https://www.thecut.com/2021/02/the-killing-of-elijah-mcclain-everything-we-know.html

[6] “The 2020s: The decade of psychedelic breakthroughs? Clinical studies are underway. How we treat them moving forward matters,” Big Think, 23 Dec. 2019, https://bigthink.com/surprising-science/psychedelics-michael-ehlers

[11] “Psychedelics as Antidepressants: The treatments of the future may arise from a long-stigmatized class of drugs,” Scientific American, 30 Jan. 2021, https://www.scientificamerican.com/article/psychedelics-as-antidepressants/