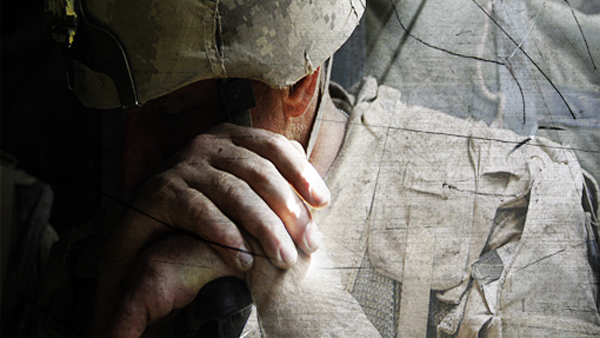 “Spending more money on treatments and services that have failed our vets is a disgraceful disservice.” – CCHR International

A federal law recommending a study of the role of opioids and benzodiazepines in veteran deaths omits high-risk antidepressants and antipsychotics; mental health watchdog advises service members, veterans and their families to become better informed of drug risks.

Citizens Commission on Human Rights International encouraged veterans and their families to educate themselves about the risks of psychotropic drugs on CCHR’s psychiatric drugs side effects database. November is designated as National Veterans and Military Families Month and CCHR also recommends watching its award-winning documentary, The Hidden Enemy, which exposes facts behind the high rate of suicide, sudden deaths and rising violence in the military and among veterans. It said the passage last month of the federal Commander John Scott Hannon Veterans Mental Health Care Improvement Act prompted the call.

The act includes Section 204 that says Veteran Affairs must seek agreement from the National Academies of Sciences, Engineering, and Medicine to conduct a study of the effects of opioids and benzodiazepine on mortality of veterans, including suicide.[1] However, CCHR says such a study does not go far enough and should be expanded to include the serious effects of all psychotropic drugs, especially antidepressants inducing suicide and sudden deaths that antipsychotics can cause.[2] One antipsychotic has been so often linked to sudden deaths that it is tagged, “Serokill.”[3]  The Departments of Defense and Veterans Affairs spent more than $4.5 billion on these two classes of drugs over a ten-year-period.[4]

In 2014, CCHR presented evidence of this to the U.S. Senate’s Veteran Affairs Committee calling for an inquiry into the potential violence- and suicide-inducing effects of prescribed psychiatric drugs. Between 2005 and 2011, the military increased its prescriptions of psychoactive drugs (antipsychotics, sedatives, stimulants and mood stabilizers) by almost 700%.[5] A CCHR report on the issue lists at least seven high profile cases of veterans committing mass shootings and/or killing themselves potentially because of psychotropic drugs prescribed to them.[6] Read CCHR’s report to the U.S. Senate here.

In 2010, Sen. Ben Cardin of Maryland noted that about two in five Army suicide victims in 2006 and 2007 were believed to have taken antidepressants.[7] Antidepressants prescribed to Service Members and veterans carry a Food and Drug Administration (FDA) “black-box” warning of “suicidality” for those younger than 25. As CCHR’s submission to the VA pointed out, the age range of 41% of deployed American soldiers was 18-24, which means those prescribed antidepressants were put at serious risk of suicide.[8]

The new law also increases questionable mental health services that have already failed to stem the tide of suicides, which should also be investigated, according to CCHR. The group wants accountability for the treatment already provided.

Congressman Jack Bergman, who co-sponsored the bill stated, “We’ve spent billions of dollars at the VA on some very important mental health and suicide prevention programs – but the fact remains that we still see nearly 20 Veterans die by suicide every day.”[10]

CCHR argues that spending more money on treatments and services that have failed our vets is a disgraceful disservice. Part of those treatments is likely the use of electroshock treatment, that many want to see banned. Since 2008, the VA has spent more than $1 million on electroshock devices and related parts, despite the manufacturers never having provided clinical trials proving safety and efficacy or disproving the risk of brain damage.[11]

Moving further in the wrong direction, according to CCHR, in March 2019, the VA announced it approved the use of the nasal spray esketamine for “treatment-resistant depression,” despite the drug not proved to reduce the risk of suicide.[12] In fact, there are reports of esketamine inducing “psychosis-like” effects. The drug is very similar to ketamine, an anesthetic that was developed in the 1960s and used to operate on soldiers during the Vietnam War.[13] Ketamine is abused as a “club” and “date-rape” drug that Medical News Today reported may cause victims to “lose consciousness or be confused and compliant.”[14]

The new law will also make services available to veterans’ families.[15] But that may lead to more suicide-inducing drugs being prescribed, CCHR warns. In 2009, more than 300,000 prescriptions for psychiatric drugs were provided to children under 18 who were Tricare beneficiaries—up 18% since 2005, according to data provided to Military Times. Antipsychotics increased by about 50% and anti-anxiety drugs by about 40%.[16]

All of these drugs carry serious adverse effects, which CCHR’s database can be easily searched to find.

Hidden Enemy features interviews with over 80 soldiers and experts who shatter the façade that military/veteran mental health care is effective and reveal the treatment—especially psychoactive drugs—are a very real enemy potentially harming servicepersons and vets.[17]

CCHR says this was been an issue since 1945, when psychiatrist and Brigadier General J.R. Rees, later co-founder of government-influencing World Federation for Mental Health, stated: “The army and the other fighting services form rather unique experimental groups since they are complete communities and it is possible to arrange experiments in a way that would be very difficult in civilian life.”[18] That still occurs today CCHR alleges, citing research into installing Transcranial Ultrasonic Mind Control Devices in soldiers’ helmets and the use of deep brain stimulation to treat depression as Popular Science reported. The latter can lead to stroke, infection, disorientation or confusion, unwanted mood changes, movement disorders and suicidal thoughts and behavior.[19]

CCHR urges government Veteran Affairs committees and concerned legislators to review the studies and other information in its psychiatric drugs database, its 2014 submission and also covered in Hidden Enemy.