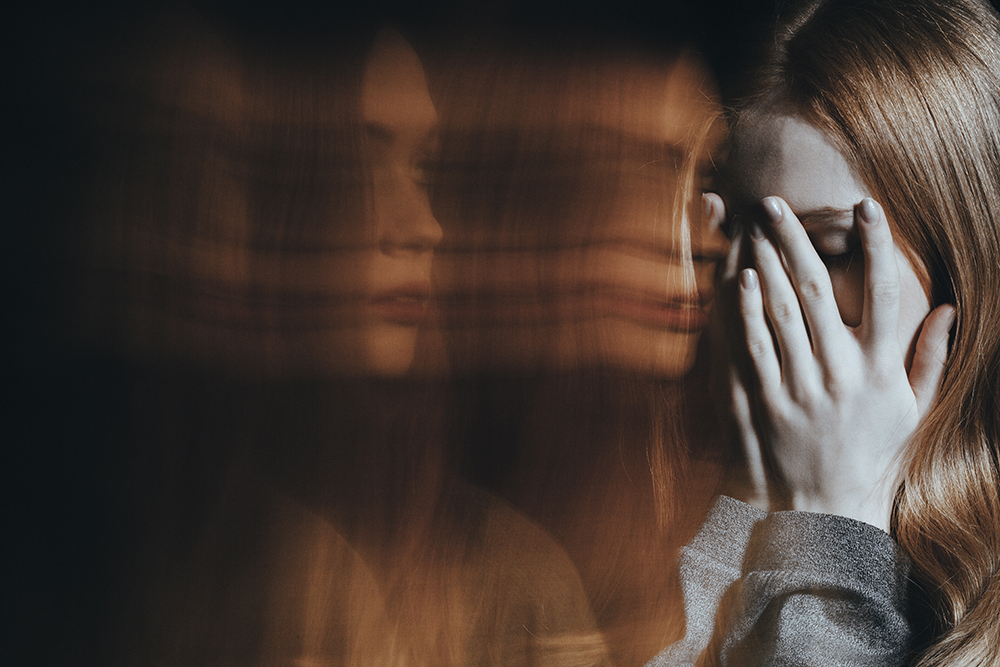 “There are many hazards with pre-emptive medical interventions, especially with such potent drugs as antipsychotics (which have been described as possibly the second most toxic chemicals used in medicine after the drugs used in chemotherapy)....” – David Webb, board member of the World Network of Users and Survivors of Psychiatry and Melissa Raven, psychiatric epidemiologist and policy analyst

CCHR hopes study will put an end to the psychiatric practice of pre-drugging children with powerful psychotropic drugs to prevent the possible onset of a behavioral disorder. Experts condemn the practice as unscientific and harmful.

A new study has found prescribing antipsychotics to prevent psychosis is harmful and should put this practice to rest. For a decade CCHR has opposed “pre-drugging” youths and adults to theoretically prevent the onset of behavioral disorders. Researchers of the new study published in the July edition of the Australian & New Zealand Journal of Psychiatry, vindicates CCHR’s concerns. Researchers investigated whether antipsychotics might prevent “conversion to psychosis” in people who were identified as at “clinical high risk (CHR)” of it. However, they concluded: “Administration of antipsychotics to CHR patients is potentially harmful with no preventive benefits. We do not recommend antipsychotic treatment for CHR individuals….”[1]

The researchers found subjects consistently became psychotic in those taking antipsychotics, who had multiple prescriptions, and who took a higher dose of an antipsychotic. The study is even more damning because the subjects were drug naive—they weren’t influenced by other psychotropics that may have been stopped to commence the study. None of the participants had ever received a previous psychiatric drug. Many different antipsychotics were used, including aripiprazole, olanzapine, risperidone, amisulpride, and quetiapine. The researchers wrote that their “results did not favor any specific type of antipsychotics.”[2]

The practice of drugging youths labeled as symptomatic of “Psychosis Risk Syndrome” (PRS), aka CHR[3], “Attenuated Psychosis Syndrome” (APS[4]) and “prodromal” (early symptom) came under international opposition when PRS was proposed for inclusion in the Diagnostic & Statistical Manual of Mental Disorders 5 (DSM-5) published in 2013.[5]

Dr. Allen Francis, Professor Emeritus of Psychiatry and Behavioral Sciences, Duke University and head of the DSM-IV Task Force, told The Australian that he feared early diagnosis could lead to people without psychosis being put on drugs that have serious side-effects and called it a “vast untried public-health experiment.”[6] He said the tool used to identify who might become psychotic had a “false positive rate” ranging from 60 to 90 percent,” which were “totally unacceptable odds.”[7]

This is not surprising, as the diagnosis couldn’t be more arbitrary and unscientific. A subjective checklist of symptoms includes “suspiciousness,” “mind tricks, unanticipated beliefs,” “fixed belief that cannot be reasoned about,” “awkward or anxious, socially disinterested or reluctant,” “speech lacking in character, unengaging, [non-]spontaneous, constricted or flat affect,” “going off track while speaking,” and “odd beliefs or magical thinking.”[8]

Dr. Richard Warner, formerly a professor of psychiatry at the University of Colorado, countered the idea that science drives pre-disorder assessment, stating, “Given the expected number of false positives, the potential for harm is significant.”[9]

The debate surrounding the proposal of PRS or APS for DSM-5 was “heated, full of conflicting values, and APS ended up not being coded as an official diagnosis in DSM-5,” according to a paper published in BMC Medical Ethics in 2016. The authors noted: “The review process of the fifth edition…received harsh criticism, and was even considered secretive by some authors.”[10] 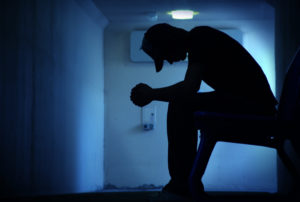 DSM-5 dropped the proposal to make PRS an official category with a code of its own for reimbursement.[11] Frances stressed the unpredictable effects of its inclusion. For him, “the treatment most likely to be used would be antipsychotic medications” which “have no proven efficacy in preventing psychosis, but most definitely have terrible side effects.” Regarding stigma he considered that “having a label that suggests one is at risk to soon develop a psychosis would cause the mislabeled person much unnecessary worry, unnecessarily reduced ambitions, and create great risk of discrimination.”[12]

However, as he later discovered, under its alternate name “Attenuated Psychosis Syndrome,” the American Psychiatric Association, the publisher of DSM-5, included it in the section on Schizophrenia Spectrum and Other Psychotic Disorders as one type of “Other Specified Schizophrenia Spectrum Disorder”/”Other Psychotic Disorder.” It can be coded for insurance reimbursement.[13]

Some of the early studies to assess first episode or prodromal psychosis occurred in Australia (McGorry, Yung) in the early 90s and then in the U.S.[14] Despite the DSM findings, writing in World Psychiatry in 2018, Prof. Patrick McGorry et al., still advocated that “at risk mental state” should be regarded as a syndrome in its own right.[15] McGorry advocates replacing the idea that one must have a diagnosis before treatment can begin.[16]

In the 2018 paper he and colleagues admitted, “Psychiatric diagnosis is once again experiencing a crisis of confidence, which has been created by a range of forces” including, invalidity of the syndrome descriptions and “the polemics [attacks] of antipsychiatry.” Further, “These forces have combined to fuel this crisis, which reached a peak during the launch period for DSM‐5.”[17]

Francis commented on McGorry trying to shoot the messenger, which included other psychiatrists: “A review of Professor McGorry’s public statements shows his willingness to ignore any evidence contrary to his belief, to change stated views back and forth when he regards this to be necessary or convenient, and to unfairly attack those who point out the fallacies and inconsistencies in his comments.”[18]

Calling at-risk psychosis a legitimate disorder is symptomatic of what is known as “diagnosis creep”—broadening definitions to capture more patients.[19] It has also been defined as when “expert panels get together and decide that the definition of their disease is too narrow and needs to include many more people.”[20] Dr. Ray Moynihan, senior research fellow with a special interest in overdiagnosis, defines this further: “Expanded disease definitions are often decided upon by panels muddied by conflicts of interest, and had the potential to be harmful.”[21]

U.S. psychiatrist Jerald J. Block wrote in Bioethics Forum that “preventive pharmacology” is “ethically questionable territory” because the treatments given “frequently have side effects and complications” and you are potentially harming people.[22]

David Webb, board member of the World Network of Users and Survivors of Psychiatry and Melissa Raven, psychiatric epidemiologist and policy analyst, called the practice of pre-drugging for a disorder that’s never emerged, a “prescription for disaster.” They stated: “There are many hazards with pre-emptive medical interventions, especially with such potent drugs as antipsychotics (which have been described as possibly the second most toxic chemicals used in medicine after the drugs used in chemotherapy), which have serious side-effects including diabetes, metabolic syndrome, and sudden cardiovascular death.”[23]

More alarming is the potentially long pre-psychosis period, considered the time ‎interval between the “first noticeable changes in behavior” and the appearance of overt psychotic symptoms (also named full-blown psychosis). Some studies claim that the prodromal state period can on average last days up to five years.[24] As such, for five years a teen could be given powerful antipsychotics that list psychosis as a side effect, in the crystal ball theory that they may develop psychosis, but can actually induce it.[25]

All this makes McGorry and cohorts’ push for “at risk” treatment all the more dubious. In an article published in Psychology Today, Francis appropriately stated: “…a dark cloud surrounds the silver lining of having one psychiatrist in a position of almost unopposed influence.” Further, “Professor McGorry has developed the messianic blind spot that is so common in visionary prophets. His zeal has made him an unreliable evaluator of scientific evidence, allowing him to defend absolutely indefensible positions with the convincing, but inaccurate, force of a true believer.”[27]

Now, potentially, hundreds of thousands more could be labeled at-risk of mental illness and drugged. It is a Brave New World paradigm in mental health when one has the power to unscientifically label and drug people before they are even “ill.”

Hopefully, this latest study from the Australian & New Zealand Journal of Psychiatry that refutes the use of antipsychotics to treat “at risk” symptoms can sway governments not to fund the practice and to prevent such abuse.

As Australian psychiatrist Niall McLaren best summed up such practices: “Not since [lobotomies] has psychiatry stumbled so far from the principle of Primum, non nocere. First, do no harm.”[32]

[1] TianHong Zhang et. al, “Real-world effectiveness of antipsychotic treatment in psychosis prevention in a 3-year cohort of 517 individuals at clinical high risk from the SHARP (ShangHai At Risk for Psychosis),” Australian & New Zealand Journal of Psychiatry, 21 May, 2020, https://journals.sagepub.com/doi/full/10.1177/0004867420917449

[2] “For People “At Risk for Psychosis,” Antipsychotics Associated with Worse Outcomes,” MIA, 14 July 2020, https://www.madinamerica.com/2020/07/for-people-at-risk-for-psychosis-antipsychotics-associated-with-worse-outcomes/, citing: TianHong Zhang et. al, “Real-world effectiveness of antipsychotic treatment in psychosis prevention in a 3-year cohort of 517 individuals at clinical high risk from the SHARP (ShangHai At Risk for Psychosis),” Australian & New Zealand Journal of Psychiatry, 21 May, 2020, https://journals.sagepub.com/doi/full/10.1177/0004867420917449