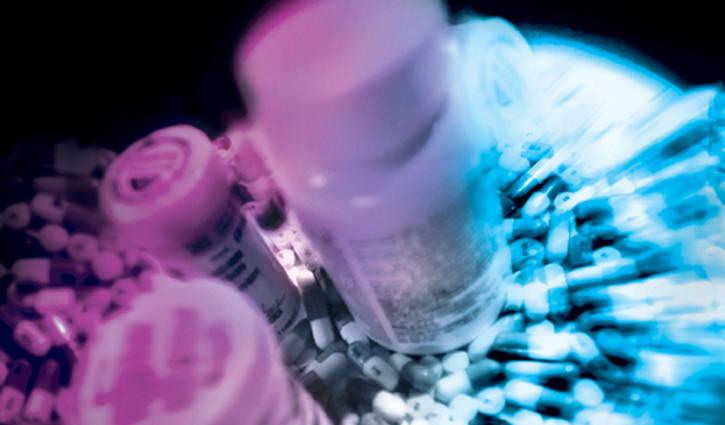 “Increased mental health funding, without accountability, and the repurposing of mind-altering drugs spells only profits for the psychiatric-pharmaceutical industry while delivering more harm rather than legitimate help to people suffering.”

CCHR, a 50-year mental health industry watchdog says its research into toxic psychiatric drug effects has expanded again recently because of recent announcements that psychiatric drugs are being repurposed during CV19

Psychotropic drugs with debilitating, potentially lethal toxic side effects are being repurposed for treating COVID-19. Still in their testing stage, The New York Times reported that the antipsychotic, chlorpromazine (Thorazine)—known as a “chemical lobotomy”—is one of two antipsychotics being considered.[1] The other is haloperidol (Haldol).[2] Antidepressants, Prozac and Luvox are also both being studied. Citizens Commission on Human Rights International is expanding its research into how psychotropic drugs are being repurposed and who may be profiting from this at risk of patients’ lives. CCHR reiterates that consumers should use its online psychiatric drugs side effects search engine to become better informed.

Chlorpromazine was Food and Drug Administration (FDA) approved in 1954, promising to “revolutionize the treatment of mental disease.”[3] But the drug was so sedating, it gave rise to the term “Thorazine shuffle.”[4] Patients become sluggish, apathetic and spoke in “slow monotones.”[5] By the 1990s, 100,000 Americans had died from the drug’s fatal side effect, Neuroleptic Malignant Syndrome.[6] Thorazine and other antipsychotics also cause tardive dyskinesia (TD), which irreversibly damages the nervous system and is marked by uncontrolled muscle movements in the face (chewing, lip smacking, frowning, tongue movement, blinking or eye movement). National Institute of Mental Health (NIMH) investigators found a 100% increase of incidence of drug-induced TD between 1960 and 1980.[7] Today, up to 30% of those taking older or atypical (new) antipsychotics long-term can develop TD.[8]

When drug patents ran out and the adverse effects were so widespread, newer (atypical) antipsychotics were approved in the 1990s.  By 2003, The New York Times warned that these antipsychotics were as bad as those they replaced. They cause obesity, diabetes, stroke, cardiac events, respiratory problems, delusional thinking and psychosis; studies also say they could cause brain atrophy (shrinkage).[9] Despite this, over 1 million Americans ages 0-17 are prescribed antipsychotics.[10]

On the opposite side of the spectrum, the British Medical Journal (BMJ) reports that patients treated with another antipsychotic, clozapine, are highly vulnerable to influenza or its complications if they catch it, including pneumonia. The risk is so high that patients taking it are strongly advised to have the flu-vaccination.[11] Clozapine can cause severe neutropenia, which is a condition where there are insufficient white blood cells that fight infections and can lead to fatal infections. Because of this risk, clozapine in the U.S. is available only through a restricted program under a Risk Evaluation Mitigation Strategy (REMS) called the Clozapine REMS Program.[12]

As early as 1999, The Journal of Toxicology reported that the atypical antipsychotics “will soon account for the majority of poisonings from antipsychotic agents that present to health care facilities in the U.S.”[13]

As for antidepressants now being repurposed, Dr. Cheryl McCullumsmith at the University of Toledo believes fluoxetine can decrease inflammation evident in the later stages of COVID-19. Researchers are investigating whether “as soon as they think they have COVID-19, have the symptoms or have tested positive to give fluoxetine early on and try and prevent problems,” McCullumsmith said.[14]

Fourteen years after Prozac came on the market, studies showed that up to 65% of the millions who had taken SSRI antidepressants had not been helped. People experienced emotional numbing, restlessness, and memory lapses.[18] Sexual dysfunction affected 60% of the patients.[19] Withdrawal effects can also be serious.

Repurposing drugs serves a lucrative psychiatric-pharmaceutical industry that has lost money when drug patents run out and they don’t want to bear the costs of developing new drugs. Instead, they repurpose existing ones for new indications and, potentially, new patents. According to Harry Tracy, whose newsletter NeuroPerspective tracks developments in drug treatments for psychiatric problems: “In general the larger companies have walked away from psychiatry.” Further, “There are a few companies who have maintained efforts in the area but 70% tells you it’s been a pretty remarkable departure.”[20]

Today, 11 U.S. labs are running clinical trials to test the theory that MDMA, better known as the street drug, ecstasy, can help treat post-traumatic stress disorder.[21] Yet, the National Institute of Drug Abuse warns that the drug causes involuntary jaw clenching, illogical or disorganized thoughts, panic attacks and in severe cases, a loss of consciousness and seizures.[22] MDMA is also addictive, can interfere with the body’s ability to regulate temperature, and can raise heart rate to a dangerous level.[23]

None of these drugs have historically solved, nor or are they currently solving, any mental dilemma or disorder:

Today’s Federal and State legislators are unlikely briefed on how increased mental health funding, without accountability, and the repurposing of mind-altering drugs spells only profits for the psychiatric-pharmaceutical industry while delivering more harm rather than legitimate help to people suffering.

[5] Mad in America: Bad Science, Bad Medicine, and the Enduring Mistreatment of the Mentally Ill,  p. 143.

[20] “Why ‘big pharma’ stopped searching for the next Prozac,” The Guardian, 27. Jan 2016, https://www.theguardian.com/society/2016/jan/27/prozac-next-psychiatric-wonder-drug-research-medicine-mental-illness