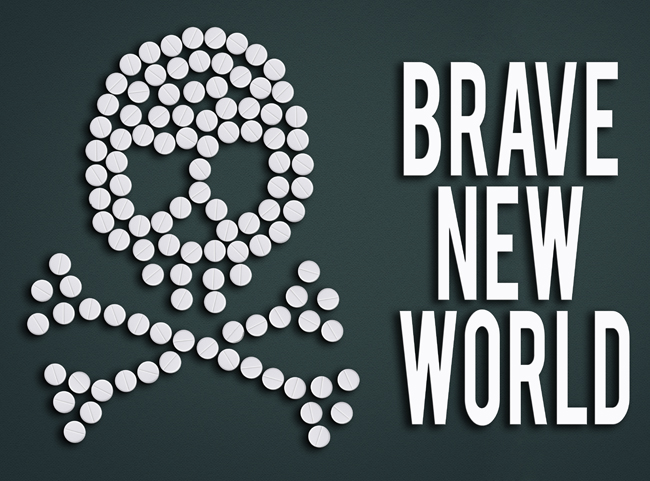 “Everyone is understandably worried but that doesn’t mean you are mentally ill.” – Jan Eastgate, President CCHR International

CCHR launches information letters for members and others about new psychiatric research that could harm youths by subjectively predicting mental disorders and pre-drugging them to “prevent” their onset. The psychotropic drugs used can induce psychosis and suicide.

By CCHR International
The Mental Health Industry Watchdog
May 5, 2020

Citizens Commission on Human Rights International recently launched a series of information letters to alert supporters and the general public about the pharmaceutical-psychiatric industry classifying people’s normal reactions to COVID-19 concerns as a “mental health pandemic fallout.” CCHR is concerned that new psychiatric research also includes studying youths and others, trying to predict psychosis or depression to prescribe drugs to supposedly prevent the onset of them—a theory that is unproven and has been compared to Aldous Huxley’s utopian society in Brave New World.

CCHR says the normal reactions—fears and anxieties—to the circumstances surrounding COVID-19 are already leading to higher prescription rates of psychotropic drugs. Even the World Health Organization (WHO) states, “It is quite normal to be feeling this way in the current situation.” CCHR, a 50-year mental health industry watchdog, has documented a history of disasters that were used to take advantage of vulnerabilities to re-define them as “mental illness” and drug.

Jan Eastgate, president of CCHR International, said: “We saw this following the Columbine high school shooting and the 9/11 terrorism attack. Already, we see polls promoting that nearly half (45%) of all adults in the U.S. have had their mental health negatively impacted over the virus,” Eastgate added. “That’s about 115 million people and a lucrative market for new prescriptions. It was based on a political survey of a random telephone sample of only 1,226 adults.”  The poll was about how government administrators are handling COVID-19. It’s not until page 15 that there’s a question about whether the person surveyed “worries” about their mental health.  “Everyone is understandably worried but that doesn’t mean you are mentally ill,” Eastgate said.

CCHR says that psychiatric predictions of greater mental illness only add to the fears about the current situation. Australian psychiatrist Patrick McGorry recently told ABC News that “the massive social and economic effects that we’re expecting over the next year or two” are “going to really drive down the mental health of the population…We know from previous disasters that at least 20% of the population will be at risk of that.”

Prof. McGorry has come under criticism for his theories and youth programs. Allen Francis, emeritus professor at Duke University, condemned McGorry’s “pre-psychosis risk syndrome” (PRS), also known as “attenuated psychosis syndrome”—a diagnosis based on a theory that drugging adolescents and adults with antipsychotics before the onset of psychosis could prevent it.  Frances, who headed the task force to update the American Psychiatric Association’s Diagnostic & Statistical Manual for Mental Disorders (DSM4) called PRS an “extremely inaccurate diagnosis [that] would lead to widespread treatment with an ineffective but dangerous medication [antipsychotics].”[1] Neither the DSM5 nor the International Classification of Diseases (ICD-11) ended up including “attenuated psychosis syndrome” as a diagnosable entity. But that hasn’t stopped research into it.

Side effects of antipsychotics include psychosis, hallucinations, hostility, and suicide.[2] Other adverse effects are an irreversible neurological effect called Tardive Dyskinesia that manifests in uncontrollable twitching of the muscles and extremities and tongue movements and Neuroleptic malignant syndrome, which can cause sudden death.[3] All youths and consumers prescribed these to “prevent” psychosis are at risk of developing them.

Prof. McGorry’s youth mental health program in Australia has also been linked to high antidepressant usage.[4] An analysis of medical records from his Orygen Youth Health program found a majority of the 15 to 25-year-olds it treated were given antidepressants and before they had received adequate counselling.[5]  Antidepressants are not recommended for children and young adults because they are at risk of committing antidepressant-induced suicide.

There are concerns about how screening people during these challenging times could be used to market mental disorders, which sets up a potential feeder line for more psychotropic drug treatment.

On April 22, 2020, a study of 25 million American and British students’ emotional responses to COVID-19, called “Class of COVID-19,” was launched. Thomas Insel, a psychiatrist and former director of the National Institute of Mental Health (NIMH), is helping oversee it. The study will aggregate user data to provide insights into the emotional wellbeing of students. It’s how information gleaned from the study could be misused that is worrying.

He has been a strong supporter of Prof. McGorry.  It’s not surprising, then, that Insel praised researchers for “looking for a biomarker to predict which clinically high-risk youth would convert to psychosis over a two- to three-year follow up period from an initial interview.” Insel pointed to researchers who use a “big data approach to analyze the speech from the initial interview” in order to predict psychosis. Data analytics, which can be collected by smartphones, are used to map “semantic coherence and speech complexity as a window into the earliest stages of disorganized thought.”[7] In theory, a person’s smartphone usage responses are used to detect and diagnose the potential onset of a mental disorder, with Insel writing that treatment can then “be delivered or extended by smartphones and tablets.” Insel further stated: “In the future, when we think of the private sector and health research, we may be thinking of Apple and IBM more than Lilly and Pfizer.”[8]

Insel has investments in a company that is developing the hallucinogenic drug, psilocybin, for “treatment-resistant depression.”[9]

CCHR warns that people can be quizzed through smartphones or online surveys to find potential candidates for psychiatric treatment.  Often, it’s based on highly subjective questions that suggest to the person filling out the survey that he is at risk of mental illness.  In his 1932 novel, Brave New World, Aldous Huxley depicted a “utopian” but totalitarian, controlled civilization, using the “technique of suggestion—through infant conditioning and, later, with the aid of drugs.” The idea that today, psychiatrists suggest they can predict mental illness and drug patients to prevent it should be sounding alarm bells but isn’t, Eastgate says.

On April 30, 2020, new research at Keele University in Staffordshire, UK, claimed that depression can potentially be prevented using antidepressants in people who are at high risk of it. The report, based on 28 analyzed studies, purports that antidepressants are a pre-emptive measure to prevent depression.[10] The lead researcher, Dr. Saeed Farooq, stressed that funding agencies need to prioritize research using pharmacological agents in preventing rather than treating depression.[11]

Like McGorry, Farooq has also conducted studies on the prodromal (at risk or prior) symptoms of psychosis in patients aged 16-45.[12] He was part of the working group that developed the classification of psychotic disorders for ICD-11.[13] The ICD and DSM5 share many similarities.[14]

Experts say the DSM and mental health section of the ICD are unscientific, arbitrary and so unreliable that anyone surveyed about their mental health using these would be diagnosed positive for a mental disorder. This adds weight to CCHR’s concerns about broad screening or smartphone diagnosing of people’s mental or emotional outlook, especially during times of disasters.

CCHR’s research will be used for a White Paper for legislators about the risks of relying upon and issuing carte-blanche checks to psychiatric programs that may be more dangerous to mental health than helpful.