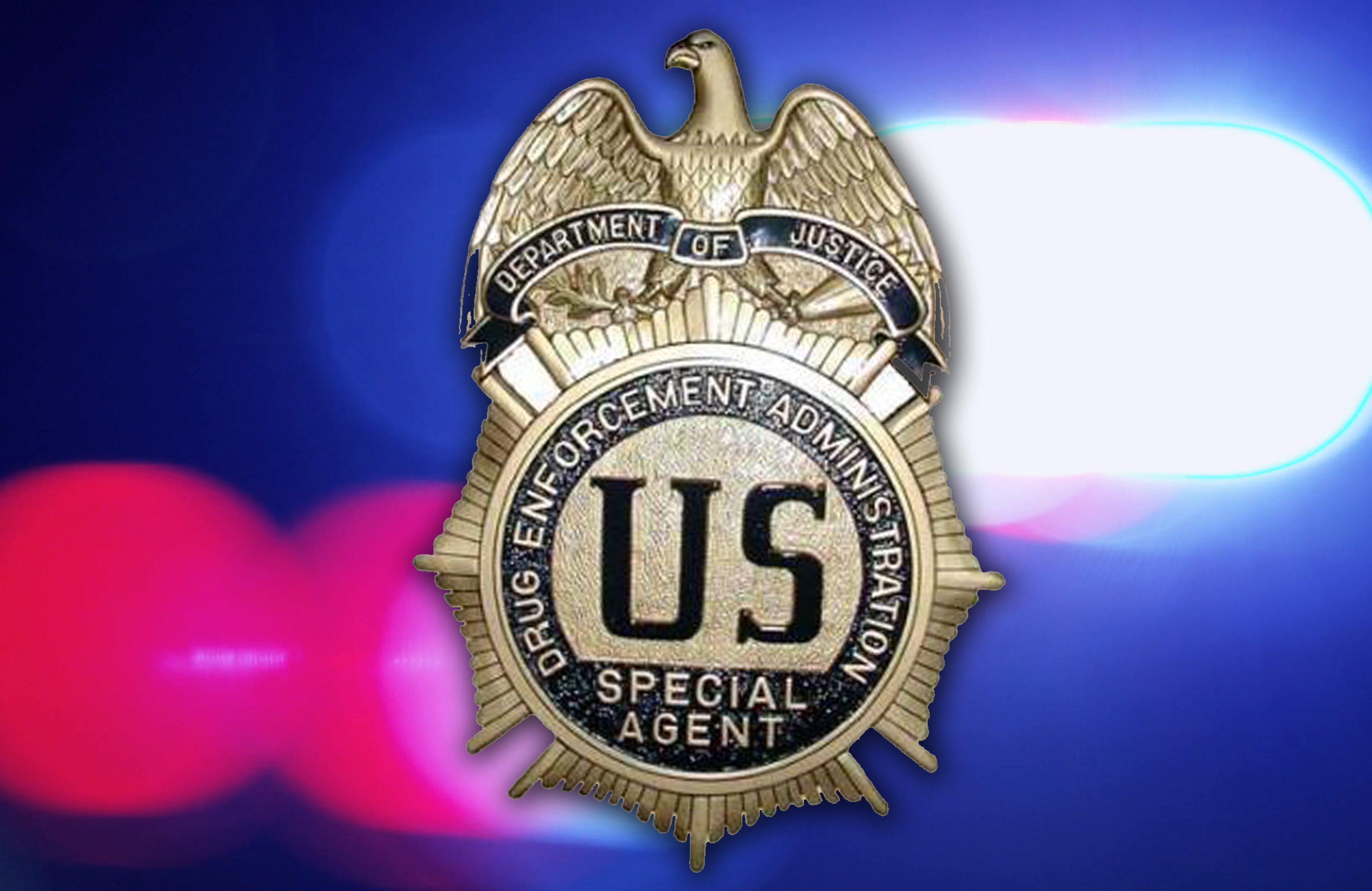 “To paraphrase a common saying, the wheels of justice turn slowly, but let’s hope they grind exceedingly fine in not just the Ablow case but in all cases of psychiatrists and psychologists accused of patient sexual abuse.” — CCHR International

Ablow, a former Fox News contributor and Johns Hopkins School of Medicine graduate,[2] had his Massachusetts license to practice suspended in May 2019 after four women accused him of sexual misconduct and harassment. New York has also suspended his license.[3]

The MA Board of Registration in Medicine alleged Ablow had also been “improperly prescribing medications to his office staff for years and sometimes asked the workers to share the drugs with him,” the Boston Globe reported.[4] Ablow’s controlled substances included the controversial drug, Ketamine and benzodiazepines. [5] The Board also ruled that Ablow practiced “in violation of law, regulations and/or good and accepted medical practice.”[6]

His authority to prescribe controlled substances regulated by the DEA was rescinded when the MA Board of Registration in Medicine suspended his license.[7]

Pro-Publica reports that Ablow had billed $50,200 in 2016 for Medicare Part D prescriptions, with 61% of these subsidized claims for low-income patients. This was more than double what he billed in 2014 ($20,600) and 15% of his prescriptions were for the benzodiazepine, clonazepam (generic of Klonopin).[8]

According to a Daily Mail article dated 22 February 2019, Ablow allegedly used Ketamine treatment on his patients.[9] In March 2019, Ablow, founder of the Mind-Brain Institute in New England[10], promoted that he was among the first psychiatrists in the nation to treat patients with ketamine and wanted the FDA to coordinate with the Veteran’s Administration and Department of Health and Human Services to approve and fund access to generic ketamine nasal spray and ketamine infusions for combat veterans with major depression or PTSD.[11]

Ketamine has been abused as a “date rape” drug where victims are slipped the drug and due to its strong side effect of confusion and/or amnesia, they are unable to remember and report who assaulted them. It can also induce violent behavior and is used as a street drug that can cause powerful visual hallucinations and produce an “out-of-body” or “near-death” hallucinogenic experience, often reported as terrifying.[12]

One former patient alleged that at age 25, her mother took her to see Ablow having heard about his Ketamine treatment for depression. In her affidavit, the Ohio woman said Ablow became increasingly controlling over time. She moved away from her family and friends to be closer to Ablow. She says he told her he was planning to leave his wife, and he showered her with gifts, including a pricey Canada Goose jacket, jewelry, and cash.  As The Daily News reported in February 2019, “As the months passed, she said he made demands, telling her he wanted them to be in a ‘master/slave’ relationship, asking her to get a tattoo of his name on her thigh and a piercing. Sometimes he beat her with a belt with a metal skull buckle, she says, and said he thought about tying her to a ladder and abandoning her.” Still, she continued to see him, saying she had grown dependent on the unorthodox regimen of medicines he had prescribed for her, including Ketamine.[13]

Ablow was once praised for his stand against the American Psychiatric Association (APA), when he resigned from it in 2011 stating, “[T]he APA has a history of getting into bed with the pharmaceutical companies,” later adding, “This is what’s wrong with American healthcare.”[14]  He also correctly lambasted them over their Diagnostic & Statistical Manual for Mental Disorders, DSM5, for “making up, then retracting, new diagnoses that their committees generate and debate. It’s as if those committees have some sort of microscope trained on humanity, identifying new pathologies and yelling, ‘Voila! We have found another illness!” [15]

All true, but the anomalies in the man are now coming to light.

Ironically, in 1993—while DSM-IV was being developed—Ablow  wrote and published the book Anatomy of a Psychiatric Illness for the APA.[16]

While science is also clearly lacking—if non-existent—in the DSM, Ablow devised a theoretical “disorder” to explain men killing their pregnant wives, which he called “Male Pre-Partum Homicidal Syndrome.”[18] In his book, Inside the Mind of Scott Peterson, Ablow claims to provide answers behind the mindset of Scott Peterson who was convicted of the 2002 murder of his wife, Laci, and their unborn son, Conner.[19] Ablow says he relied on contacts at the FBI and hired private investigators and researchers to gather his data.[20] But he never interviewed Scott Peterson.[21]

Some of the symptoms are supposedly all men have issues with pregnant women, “it brings up primal feelings” of being ignored and “…men who are vulnerable to doing bad things are more likely to do it [when they’re wives are pregnant].” [22]

In the mid-1990s, Ablow was interviewed for a book, In Session: The Bond Between Women and Their Therapists. The author, Deborah Lott, had met him at a gathering of clinicians and found him to be “insightful” on the subject of professional-patient boundaries and thought of him “as one of the good guys,’’ she said, “an advocate for women.”[23]

That’s an image in strong contrast to his alleged actions involving female patients who accused Ablow of using his position as a therapist to pressure them into degrading sexual relationships.[24] 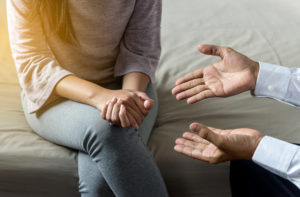 In 2012, one of Ablow’s former patients, identified as “Monique” in The New York Times, filed a complaint with the New York medical board alleging Ablow had crossed multiple boundaries.

She paid $350 an hour twice weekly for his treatment. By the time Monique left his care, her new marriage had fallen apart and she had developed a dependency on the benzodiazepines, Valium, Xanax and the stimulant, Adderall. She also said she had drained her savings of $30,000 to pay for the treatment. [25]

According to The Boston Globe, a New York woman, in a sworn affidavit filed with her lawsuit, alleged, “He began to hit me when we engaged in sexual activ

ities. “ Further, “He would have me on my knees and begin to beat me with his hands on my breasts…occasionally saying, ‘I own you,’ or ‘You are my slave.’” The malpractice lawsuits, two of them filed in Essex Superior Court and a third filed in 2018, “paint a picture of a therapist who encouraged women to trust and rely on him, then coaxed them into humiliating sexual activities, often during treatment sessions for which they were charged. When the New York woman had trouble paying her therapy bills, she alleged, Ablow advised her to work as an escort or stripper because the work was lucrative.”[26]

Three former employees of the doctor also filed affidavits of being sexual harassed by him along with three patient lawsuits.[27] Another former employee, Janna McCarthy, claimed the psychiatrist would request that she schedule attractive women who were “sad, lonely” and struggling with past trauma. [28]

Ablow has denied all of the allegations.[29]  In fact, in March 2019, lawyers for Ablow responded to a pair of malpractice lawsuits filed against him arguing that the former patients were more negligent than the doctor, barring them from obtaining damages! They also argued that Ablow had no legal responsibility for the women, that they consented to the treatment provided, and that their alleged injuries were not the result of the treatment they received.[30]

Two months later, Ablow’s medical license was suspended in MA.[31] And on 21 May, the New York State Board for Professional Medical Conduct issued an Interim Order of Conditions, which Ablow signed. The Board stated that it was investigating allegations of misconduct against Ablow and that he was prohibited from practicing medicine in the state of New York until the Board had concluded its investigation.[32]

Shortly afterward, in June 2019, The Salem News reported that court records showed a series of “lawsuits alleging that celebrity Newburyport psychiatrist Dr. Keith Ablow had taken advantage of patients, including engaging in sexual behavior with them, inappropriately prescribing drugs and other ‘boundary violations,’” had been settled.  As such, lawyers for the women and Ablow and his practice, Baystate Psychiatry, filed a joint request that the case be dismissed. Under Massachusetts rules, parties in a civil action who reach a settlement are not required to disclose the terms of the settlement. All four women were represented by Clyde Bergstresser, an attorney who specializes in malpractice cases involving psychiatrists, psychologists and other mental health providers who have allegedly engaged in boundary violations with patients.[33]

In three separate instances in which his medical license came up for renewal in Massachusetts, between 2013 and 2017, he failed to notify the state that he was, at the time, under investigation in New York. During a licensing renewal process, an applicant is asked specifically if he or she is under investigation in a different state. Dr. Ablow said that he wasn’t.[34]

Since 2018, CCHR has tracked Ablow’s actions, filing their own complaints about his practices in 2019 to medical and government agencies. [35]

License suspensions seem to do very little other than potentially hit the pocketbook—unable to bill Medicaid, Medicare or private insurance for medical practices. But that means the practitioner can simply set up shop and continue practicing. In the case of Ablow, he boldly issued a PR wire, saying he is “heralded as America’s Psychiatrist for 25 years” and “recently stopped practicing psychiatry and founded The Ablow Center, offering “life coaching,” “counseling” and use of innocuous “natural supplements” to treat “clients.”[36]

A PR wire dated 20 July 2018 also described him as one of the “five most influential psychiatrists alive” and “one of the 35 most famous psychiatrists to ever live.”[37] He pointed to him being the founder of Blue Water Wellness—the first “medspa” that offers everything from Brainsway transcranial magnetic stimulation (TMS) to defeat depression to weightless float therapy to reduce stress and to “enhance insight.”[38]

All of which amounts to a colorful but disturbing picture—that there’s apparently one law for women who are sexually abused by those abusing their power, as in the Harvey Weinstein case, and another if the women happen to be “patients.” The fact is that Ablow’s licenses are suspended only over the allegations reported here came to light, but it means they can be reinstated at any time. He continues to practice as a counselor, promoting himself as a 25 year psychiatrist who “recently stopped practicing psychiatry,” when the reality is he had his licenses to practice taken away from him.

To paraphrase a common saying, the wheels of justice turn slowly, but let’s hope they grind exceedingly fine in not just the Ablow case but in all cases of psychiatrists and psychologists accused of patient sexual abuse.

In general, it is imperative to stop using such terms such as “boundary violations” that lessens what is essentially sexual abuse or assault of patients—a term unlikely to have been heard in the Harvey Weinstein case to explain his sexual abuse.

If you know anyone whose mother, wife, sister or father, brother, son, child or friend has been abused by a psychiatrist or psychologist, please fill out this form.

[15] Keith Ablow, M.D., “Be wary of the American Psychiatric Association.” Foxnews.com, 14 May 2012, https://www.foxnews.com/health/be-wary-of-the-american-psychiatric-association

[26] “‘I own you’: Prominent psychiatrist accused of sexually exploiting patients,” The Boston Globe, 25 Feb. 2019, https://www.bostonglobe.com/metro/2019/02/21/own-you-psychiatrist-keith-ablow-accused-sexually-exploiting-patients/kL9rl6ti7eFFeMPRPAMZvJ/story.html