“The FDA’s Final Order has only inspired increased commitment to get this mentally damaging machine banned and to obtain a Congressional investigation into the FDA.” – Jan Eastgate, President CCHR International

The ECT Decision for All Ages is Illogical, Deceptive and Dangerous

I have investigated and exposed the dangers of electroconvulsive therapy (ECT) for more than 40 years—it is a brain-destructive procedure that psychiatrists mask as “therapeutic.” There is nothing logical or beneficial about ECT.

As such, the Food and Drug Administration’s (FDA) recent Final Order on ECT devices—reducing their high-risk classification—will enable unbridled use of a device never proven safe and effective. The decision is illogical, deceptive and dangerous. ECT sends up to 460 volts of electricity through the brain, inducing a grand mal seizure that can cause brain damage, memory loss, cognitive dysfunction and death. These are serious risks that FDA and psychiatrists have minimized and, in the case of brain damage, covered up, to protect mental health industry profits.

The language of the Order, which makes the device Class II for treatment of three “mental disorders,” is “‘smoke and mirrors,’ intended to deceive people that something dangerous is safe, scientific and helpful. It’s not, as thousands of patients attest.”

I recall how horrified people were about the 1985 sequel to The Wizard of Oz, when 9-year-old Dorothy, believed to be delusional because of her belief in Oz, was strapped to a mental hospital bed to be electroshocked. Dorothy was saved by a mysterious girl who unstraps her and tells her to run.[1] That was fiction but in real life, children and adults cannot be saved from the FDA’s frightening “Final Order.” 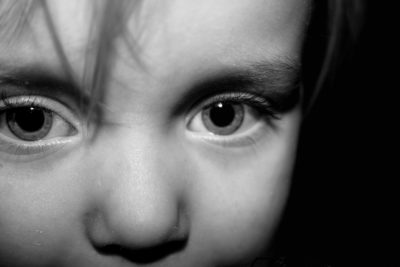 CCHR put the FDA on notice that children aged five and younger are being electroshocked—and they are doing nothing to stop this.

Not only did the agency reduce the age limit from 18 to 13 for ECT for the above three “disorders,” it reasserted that it would not regulate how the device is used by psychiatrists.[2] This means psychiatrists can electroshock anyone, including children and the elderly for any disorder with impunity, as the Order only regulates marketing of the device. Yet CCHR put the FDA on notice that children aged five and younger are being electroshocked—and they are doing nothing to stop this.

The ECT device was grandfathered in under FDA law in 1976 and classified as a high-risk Class III device. Twice, Congress mandated the FDA ensure such devices undergo the approval process called a Premarket Approval (PMA) application in order to stay on the market. That posed a problem for the American Psychiatric Association and FDA as it was known ECT device makers—Somatics Inc. and Mecta Corp—would not conduct the clinical trial a PMA required to prove safety and efficacy. To circumvent this, FDA opened a Public Docket to discuss making the device Class II, which does not require a PMA, then relied upon submissions and studies favorable to this.

On December 26, 2018, the FDA issued a “split classification”: Class II for “treating catatonia or a severe major depressive episode associated with major depressive disorder or bipolar disorder in patients age 13 years and older….” And Class III for any other “mental disorder.”

In Return to Oz, Dorothy is programmed to believe the Electroshock Machine is a friend. “Dr. Worley” tells her that it is harmless.[5]  But the machine in this fictitious land is used to mentally damage citizens and drive them insane.[6] So it is with real ECT devices today and the FDA’s Final Order has only inspired increased commitment to get this mentally damaging machine banned and to obtain a Congressional investigation into the FDA.

Continue to support a ban on ECT.  It is the only logical thing to do. Sign the Petition to Ban Electroshock (ECT).